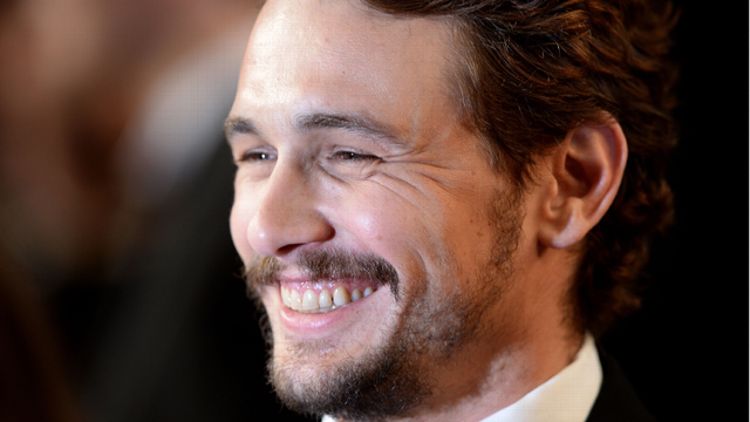 Earlier today, Comedy Central announced its latest roast subject — and it’s James Franco! Considering the series usually targets our nation’s lower-hanging fruit (the last three roastees: Roseanne, Charlie Sheen, and Donald Trump), it’s a pleasant surprise from the network, and should, at the very least, make for a solid change of pace. Of course, and without jinxing anything, the potential for greatness here is high. Ever since Franco shifted gears from aimless B-list pretty boy to sleep-deprived omnivorous Renaissance man, Making Fun Of James Franco has become something of a cottage industry. Which means there’s a lot of proven, time-tested material here. And to prove our point? Here’s a selective list of James Franco himself, leading the Making Fun Of James Franco brigade.

Here’s an early selection, from the crest of Franco’s transition. Still best known, at the time, for the Spider-Man movies, he gets to show up on Funny or Die, all crappily-facial-haired, and pretend to be the kind of guy who takes himself super-seriously. The first of many “Who is James Franco?” moments to come. Bonus: young Davey, back from those innocent days when we had no idea the other Franco would maintain such a steady presence in our lives.

Still technically pretransition, although Pineapple Express was the first time we saw Franco hint at the oddness to come. Also, Franco gets to subtly point out he’s the kind of artsy guy who knows who Janusz Kaminski is.

A scruffy, half-awake appearance, in which he’s referred to as a “real author,” in a book trailer? Peak Student Franco.

Samsung tried to exploit the Franco persona for a tablet commercial about multitasking. A worthy effort, if a little flat. Although, I will say, the part where he says he’s gotta buy Cody a new skateboard for his birthday is quite sweet.

Franco making out with Franco? Now this is how you exploit the Franco persona. Good work getting meta, New York Times.

A full “Between Two Ferns” with Franco would have had more ribs, but there’s at least one very necessary jab: “Of all the art projects that you’ve done, what has made people roll their eyes the hardest?” Also, afterward, he marries a man.

Franco knows what you people want! You want him to do crappy cover versions of the leading lights of pop music! A more subtle form of self-mockery, but it’s certainly James tweaking the persona. Later, as he of course should, Franco would apologize to Justin Bieber: “I wasn’t trying to diss him.”

And, in summation, there’s Franco’s latest flick, This Is the End. While Rogen, McBride, et al. are playing twisted versions of themselves, Franco’s is the most hammered upon. His big modernist house that he designed himself, his collection of props from his own movies, his penis-resembling art — it’s all part of the greatest catalogue of self-Franco-bashing yet committed to film. In the clip above, though, McBride and Franco mostly make jerk-off motions at each other. You should see This Is the End!