50 Shades of Grey and Bret Easton Ellis Feud; Lindsay Lohan and Pornography’s James Deen Get Caught in the Crossfire 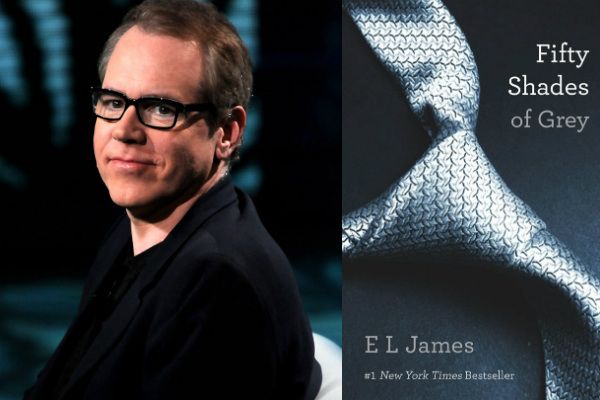 Monday was a busy day for our old friend Bret Easton Ellis. First, he released the teaser trailer for his bonkers movie The Canyons. As you may recall, this project is weirdly bipolar. On the one hand, it’s being directed by legit Hollywood legend Paul Schrader. On the other, it stars Linday Lohan and porn star James Deen, and it’s being funded partially by a Kickstarter campaign. Lots of folks out there had already written the thing off, but I held out hope — should we not believe some movie magic might yet arise from this strange alchemy? Ah, you know, on second thought, after looking at this trailer — maybe not?

We may not yet know whether James Deen can actually act. But we do know he can walk forward while wearing sunglasses. Also: “Where the sex is as cheap as the budget …” Nice, guys.

The rest of Ellis’s day was made up of steaming over the 50 Shades of Grey movie. You might have thought Bret, after having his offer to write the adaptation unceremoniously denied, and what with a movie in (semi-professional) production and all, would have moved on by now. Nope! After tweeting out the link to The Canyons trailer, he went right to work getting angry about the writer just hired for Grey.

Kelly Marcel?!? KELLY MARCEL?!? Kelly Marcel is WRITING the script for “Fifty Shades of Grey”?!? THIS is the movie they want to make? ARGH.

Kelly Marcel: the creator of (gulp) “Terra Nova” and a Mary Poppins bio-pic has been blessed by EL James and no one can stop her. Dear God.

And while Marcel herself abstained from striking back, luckily, 50 Shades of Grey producer Dana Brunetti did not.

@breteastonellis Really, Bret? The day you release that “trailer”.School film? You’re losing it…

(I assume he meant to say The Canyons looked like a “student film,” not a “school film.” Common mistake.) Brunetti then spent the rest of the afternoon retweeting other people saying mean things about The Canyons. As you can imagine, he had no shortage of tweets to select from.