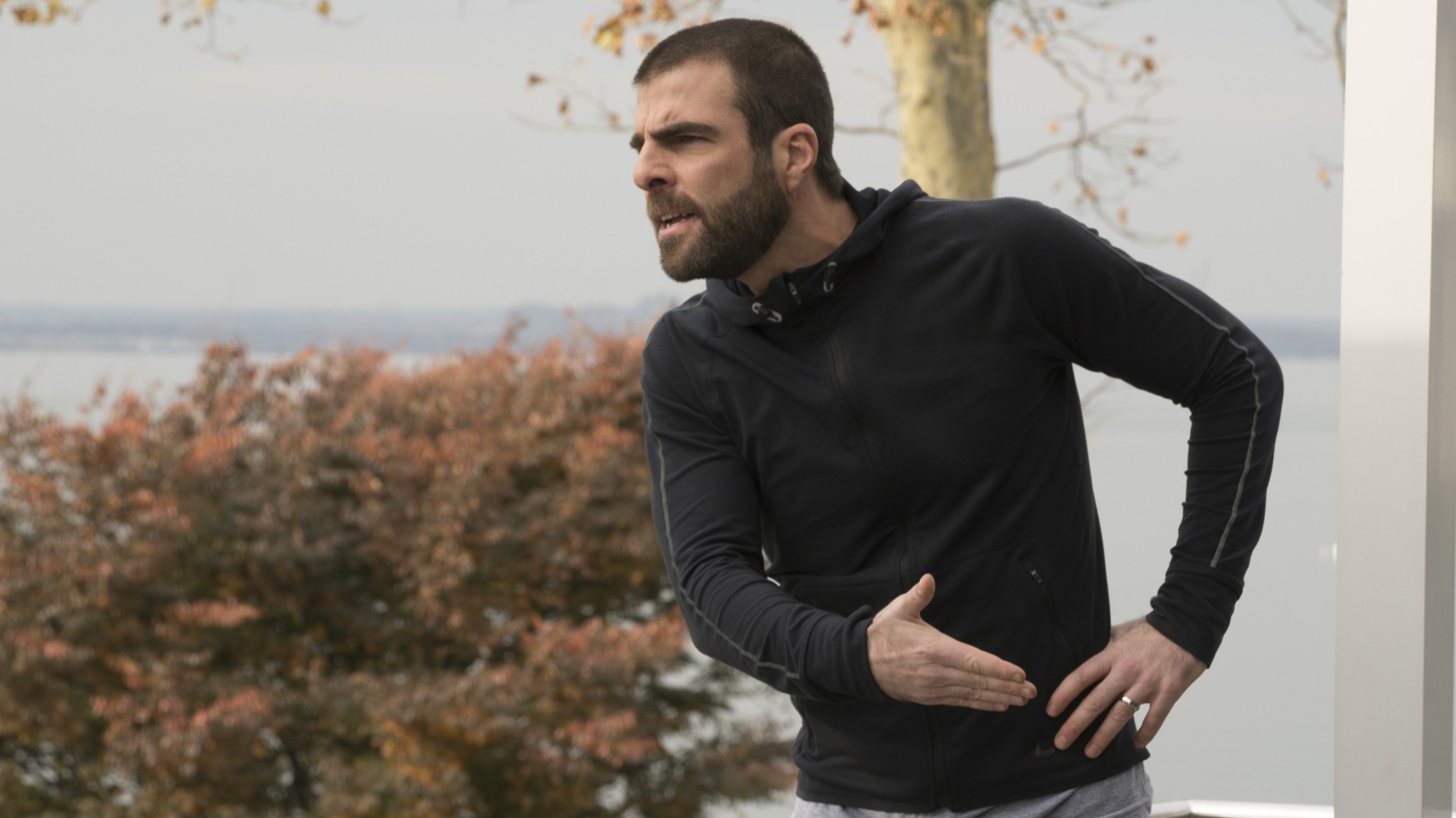 Season 4 of Girls came to an end last night with Hannah frolicking through a hellish New York winter with good boy Fran. I guess that constitutes a happy ending for most viewers, but for me, it was a massive, dangling cliffhanger. I was left wanting. I found myself asking one question over and over again as the credits rolled: Where’s Ace?

Oh, you remember Ace. He was the unrepentant mind-fucking alt-bro played to risible perfection by Zachary Quinto. Where most characters on Girls awkwardly straddle the line between satirical exaggeration and melodrama, Ace was just a dick. His clothes were annoying. His face was permanently smug. He said and did nothing but shitty, stupid things like subtly and not so subtly trying to destroy Adam’s relationship with Mimi-Rose and babbling on about photographing his friend’s breasts for a “project on globalization.” In short, he was the best character on the whole show.

Quinto somehow crammed every detestable, vapid personality trait of the modern urban male into his portrayal of what should have been a throwaway character. Ace could have been a skateboard with legs and it wouldn’t have mattered all that much to the show’s plot trajectory. But as superfluous as Ace was, Zachary Quinto elevated the role to the point where I would watch six seasons and a movie of his wacky misadventures in Greenpoint. I’d be fine if every episode were just Ace party-hopping and trying on new snapback hats, like a version of Broad City in which Abbi and Ilana are combined into one really horrible man who walks around New York with a toothbrush in his mouth at 2 a.m. Such is the power of Quinto, a power we are just beginning to truly understand. Combine his guest work on Girls with his complete ownership of NBC’s little-watched event series The Slap and it’s clear that Zachary Quinto has forcibly claimed 2015 and it’s not even April yet.

On The Slap, Quinto plays the polar opposite of Ace — Harry, a rage-prone, upwardly mobile luxury used-car salesman with an Objectivist’s understanding of human nature who has no problem slapping children. If you apply enough mental gymnastics, you could make the case that Harry is what Ace will grow up to be, if Ace ever decides to grow up. He’s menacing, sleazy, wealth-obsessed, and vain. In one of the most absurd sequences in The Slap, Harry expresses displeasure with his young son for being cowardly enough to pass to his open teammate during a school basketball game. “It’s about goin’ for it, see,” he says as though he’s one of them old-timey gangsters from the movies. “One day, you’re gonna teach your kids how to kill it, too.” It sounds like dialogue lifted straight from an unused script for a Kobe Bryant biopic, but it’s not. It’s real dialogue from a real show, and Quinto delivers it in such an earnest fashion that you can’t help but laugh at how this character actually thinks he’s doing his poor kid a favor by destroying his innocence.

Every other character on The Slap is a mopey depressive, a repressed yuppie, or both. Harry is a demented camp narcissist trying to turn his child into a James Bond villain.1 He terrorizes his wife and shows little to no remorse for smacking a defenseless kid, and yet I still find myself rooting for him to do anything he can to snap this show out of its pedantic familial squabbles. Quinto is an actor who excels at overplaying a part in a way that’s immensely enjoyable, especially when his efforts are contrasted with the navel-gazing that overwhelms shows like Girls and The Slap. It’s the same quality that made James Spader (and to a lesser extent, Quinto’s Slap costar Peter Sarsgaard) so appealing early in his career: being able to play the kind of unredeemable villain who enjoys being bad without the wheels coming off the entire production.

What does the rest of the 2015/The Year of Quinto hold for our new King of the Dicks? Unfortunately, it looks like he’s playing an exposition machine in the reboot of a video-game adaptation no one asked for. He’s also been cast as Glenn Greenwald in Oliver Stone’s Edward Snowden movie. Nothing too promising2, and yet he’s done enough already. His flag is firmly planted, but if Quinto wants some unsolicited career advice, may I suggest the following?

A Slap spinoff solely starring Quinto as Harry. In this new show, we find our hero gallivanting around the world, slapping misbehaving children who breastfeed way longer than is socially acceptable in many different lands. If there’s one thing every nation on this planet understands, it’s a clean, hard slap to the face. Who better to administer those reality checks than Zachary Quinto? He’d be a paternal vigilante — the parent we deserve, but not the one we need right now. I’d call it The Slap Knight, or maybe just The Slap 2: Keep on Slappin’. Or Slap! The Musical. I’m open to suggestions on the title as long as we can green-light this ASAP.