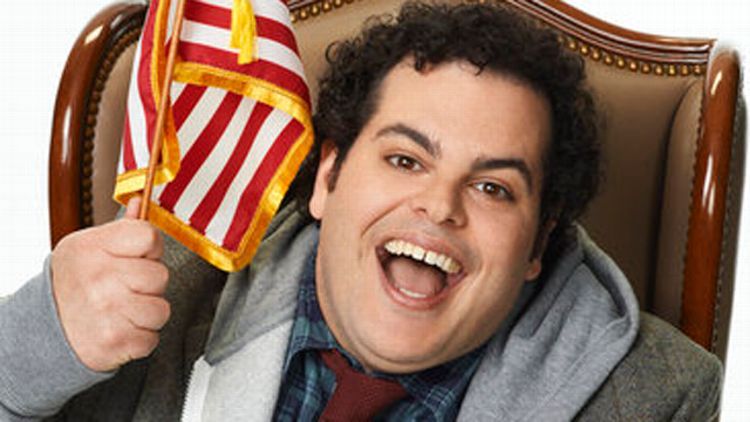 A few months ago, the White House hosted a special screening of Steven Spielberg’s Lincoln. The event drew little attention and even less criticism because people from both sides of the aisle probably thought it a pretty good idea: a prestige film about one of the greatest Americans? Not even Glenn Beck could shed a tear over that one.

This week it was revealed that the executive screening room would be fired up again, this time for a showing of NBC’s new political sitcom, 1600 Penn, and all decent, patriotic Americans ought to be horrified. The public spin on this shameful situation is that Jon Lovett, President Obama’s former head speechwriter and one of the show’s writers, set it up. But I have to believe there was some Oval Office oversight and someone accidentally gave Vice President Biden — the shirtless, hosing-down-the–Trans Am–and-pounding-a-longneck Biden — access to the executive Evite account. Because a presidential endorsement of this turkey would be the worst thing to happen to the White House since the last time Bill Pullman called it home.

The latest in an explicably long line of NBC comedic misfires, 1600 Penn — which sneak-previewed last month and will air its second episode in its new regular time slot tonight at 9:30 Eastern — concerns the high jinks of a farcical First Family. Dad is an ex-Army jock played with paycheck-cashing vigor by the aforementioned Pullman, who proved in Independence Day that he knew a thing or two about playing a gravel-voiced Gulf War vet who also happens to be the leader of the free world. On 1600, though, his President Gilchrist prefers a spirited game of jai alai with his dickish Brazilian counterpart to dropping missiles on aliens — though I hold out hope that a cross-network crossover of mutually assured destruction with ABC’s The Neighbors remains at least a possibility. There’s a flighty FLOTUS played by Jenna Elfman (sample zinger: “It’s not called the Oval Scoff-ice!”), a type-A daughter concealing a TMZ-worthy secret, and two other precocious offspring named Xander and Marigold, both of whom are crushing on the same classmate. There’s a very game Andre Holland as the stressed press secretary tasked with taking all of this slapstick seriously. But the nuclear football tossed into the middle of it all is Skip, the eldest Gilchrist child, and, ridiculously, the star of the show.

Skip Gilchrist, as played by Josh Gad, is a squawling man-baby who returns to the White House in shame after burning down a frat house in his seventh year of college. He enjoys spritzing salad with whipped cream and tossing flaming lamps on Latin American trade delegations. I’ve heard good things about Gad’s performance onstage — opposite fellow NBC employee Andrew Rannells — in The Book of Mormon. He’s credited as an executive producer and co-creator of 1600 Penn (alongside Lovett and Modern Family helmer Jason Winer), so presumably whatever charms he lacks onscreen are more apparent off it. But still I cannot comprehend the decision to build a show around his oxygen-sucking screeching, his mercilessly gooberish physicality. Everything he does as Skip — be it attempting to hug his distant father or splashing around the presidential pool in an ill-fitting wet suit — requires a slow windup that wouldn’t be out of place in a beer league softball match. Pullman and the rest of the cast are forced to stand by idly, smirking, while Gad is placated and indulged like the murderous moppet from Looper.

For those in the audience, watching Gad-as-Skip is like hanging out with an Adderall-addled improv performer at four in the morning; it’s like watching an early Jack Black movie with the volume turned up and the subtlety digitally scrubbed out. There’s a reason successful sitcoms usually reserve the broadest performers for supporting roles, why the pratfalling Cosmo Kramer was Jerry’s neighbor, not his roommate. And to misquote another electoral hopeful, I knew Cosmo Kramer. And you, Skip Gilchrist, are no Cosmo Kramer.

Whether 1600 Penn is tossed out by the voters — as it should be! — remains to be seen. The pilot, with The Voice as its running mate, pulled a very respectable 7 million viewers. But even Millard Fillmore managed to get elected once. For me, the bigger issue remains NBC entertainment president Jennifer Salke’s inability to supply the laugh-starved electorate with even half-decent candidates to fill her network’s looming vacancies, particularly on Thursday nights. She’d do well to heed the words of another great leader, one whose name adorns the bedroom just down the hall from Skip’s: “You may fool all the people some of the time; you can even fool some of the people all the time; but you can’t fool all of the people all the time.”