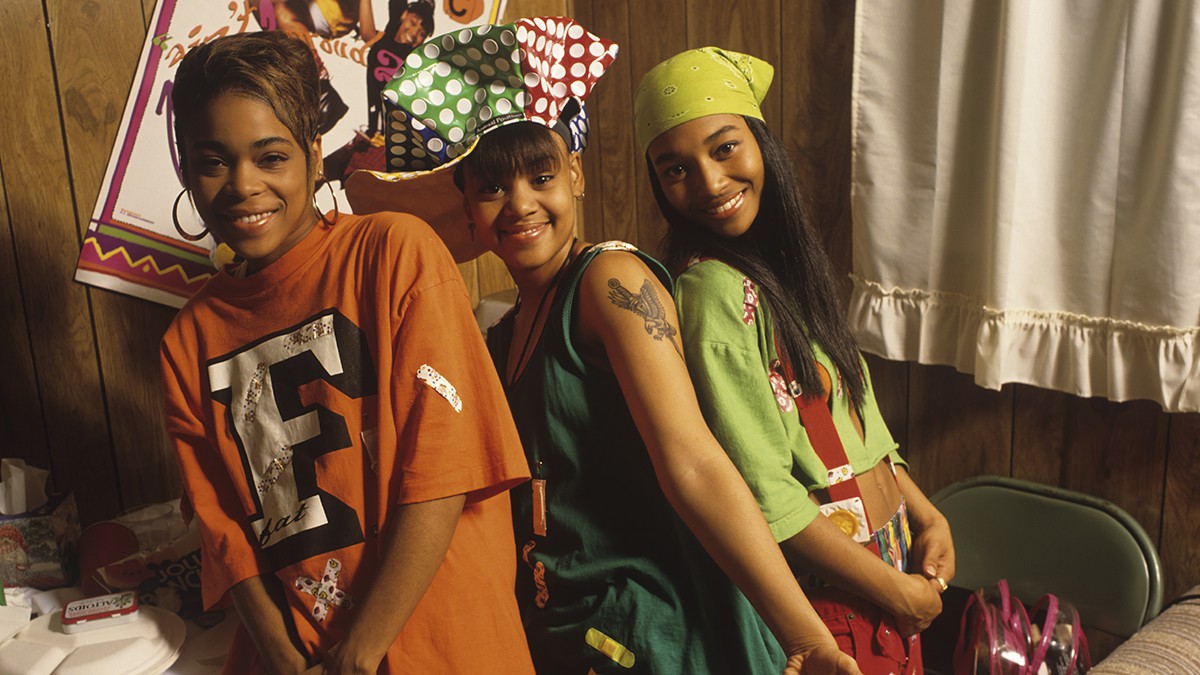 This week marks the 20th anniversary of TLC’s super album CrazySexyCool. To celebrate we created a Spotify playlist made up of strictly R&B from 1994. Here it is:

Also, I wrote some stuff about R&B, because R&B is the only kind of music I like as much as I like rap music.

Some truly sad things have happened to me in my life. Example: One time, I went to McDonald’s and paid for three cheeseburgers, and after I’d driven off I realized I was only given two. Do you even understand how profound that level of disappointment is? I remember the feeling I had when the doctor told my wife and me that she was having twins. I was super-duper excited. I literally just started running down the hallway from happiness because I didn’t know what else to do. The cheeseburger thing was like that, but the opposite, because I’d lost a thing I really wanted instead of gaining an extra thing I really wanted. I couldn’t get out of bed for a month.

Another example: Last year, I DVR’d a playoff game only to realize halfway through that I hadn’t recorded the show that came on afterward, so the recording ended with about 0:04 seconds left in the game and my beloved Spurs down by one with the ball (they were playing the Warriors). There’s no way to ever find out what happened. I have to live with that now. I carry that uncertainty around in my heart.

But the very saddest thing of my whole life, the thing that erodes my bones from the inside out, is that I got to grow up with the geniuses Jodeci and Boyz II Men and Silk and Shai and so on. And my sons — my beautiful sons, my cherub-faced little bundles of perfect — have to grow up with Chris Brown and Trey Songz. I’d like to take Trey Songz and stuff him into a cannon, then take Chris Brown and stuff him into a separate cannon, and then I guess just leave them in there forever. I mean, I don’t want them dead. I just don’t want them to make any more music. It’s probably really hard to make new music from inside a cannon. Who knows? I don’t know.

You know why older R&B is better than new R&B?1 It’s very simple.

Older R&B seemed to generally just allude to things that were about to happen in the bedroom rather than state them specifically, and that’s usually the best way to handle those types of situations. The older R&B guys were like, “Your eyes and hair, such a beautiful tone. The way you walk, it really turns me on.” New R&B tends to be like, “Ooh, girl, I’m gonna put my dick in you, so get ready.” Even R. Kelly, the genre’s most thorough provocateur, was at least a tiny bit discreet back then. Consider 1993’s 12 Play, Kelly’s acclaimed solo debut. He goes the whole album without saying the word “pussy” one time. (He doesn’t even say it on the track “I Like the Crotch on You,” which is a real, actual thing.) Compare that with his most recent album, 2013’s Black Panties, which has two songs with “pussy” in the title (“Show Ya Pussy” and “Marry the Pussy”); the second of which sees it sung 56 times.

I hope that you listen to CrazySexyCool a couple of times in the next few days to celebrate its anniversary, or at least watch a TLC video or maybe even watch the TLC cable movie (it’s fun). It’s a great album. 1994 was a great year for R&B. These are all of the songs that made it to the top of Billboard’s R&B Chart that year and the length of time they stayed there.

Flawless. It’s an entire song about looking at a girl and daydreaming about talking to her because you’re way too nervous to actually talk to her in real life. That’s it. That’s the whole thing. The best thing is that in each verse he talks about how he almost talked to the girl he liked but welched, and so he spent a bunch of time afterward thinking about what to say when he saw her again, and that after a bunch of consideration he came up with “Can we talk for a minute?” as the opening line. I love you, Tevin. Please marry my mother, Tevin.

Jodeci was like if you gave Boyz II Men a few mixed drinks and they started taking their shirts off and dry-humping furniture. They could get a tad raunchy, but their sex talk was always doused with just enough true-love desperation that it only ever felt like a byproduct of a deeper feeling. “Cry for You,” though, that song was Heartbroken Jodeci, and Heartbroken Jodeci was no joke. “Cry for You” has a 100 percent Girlfriend Recovery rate when it’s played for ex-girlfriends by ex-boyfriends. Really, you don’t even have to have been dating. You could play “Cry for You” for a stranger and just be like, “I want you back, girl,” and she’ll be like, “Oh my god. He’s right. I should take him back.”

This is the first verse from this song: “You don’t really know me. You just do what you wanna do. That’s not the way it should be. No, you should listen to me, boy. I try so very hard to make you understand. But the choices you make, baby, they’re all demands.” That’s also an exact thing every man in a relationship has absorbed. That’s how you write a song. If umbrellas are needed, it’s to help protect you from all of the truth that’s raining down on your head, not from bodily fluids.

Kelly is just too much of a minefield to even really talk about or consider anymore. His excellence is unquestioned, but the question of his morality is unavoidable. Best to just jump ahead, probably. Here’s a picture of a monkey dressed as Santa to help you not think about any of this: 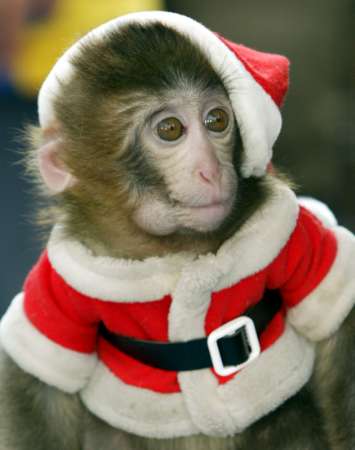 Dah crap. She got married to R. Kelly when she was 15. My fault. Here’s a French bulldog dressed as Santa: 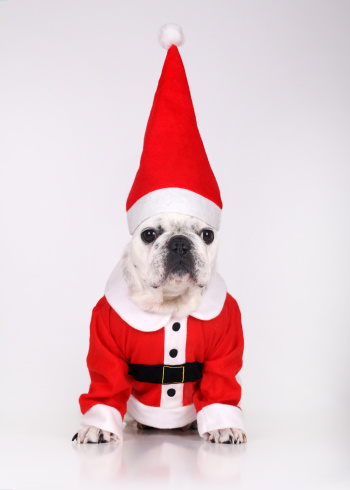 There was this video for a song Janet did with Blackstreet in the ’90s, and in one part she ripped her shirt open to show her bra before starting some dance. That was the first thing I thought of when my then-girlfriend asked me if I wanted to go to the then-upcoming Janet Jackson concert. I was like, “Yes. Yes, I definitely want to go to that concert.”

UMMM WHAT? Moms and dads were really into R&B for three weeks in 1994, I guess.

The third-best TLC song, behind the energetic (and surprisingly forthright) “Ain’t 2 Proud 2 Beg” and “Red Light Special,” a blindingly amorous song that somehow championed red lights as effectively and thoroughly as the Police’s “Roxanne” indirectly denigrated them. A thing I will always remember is sitting at the kitchen table talking to girls on the house phone. One time, I was talking to a girl named Priscilla about a girl named Jackie because I was too scared to talk to Jackie about Jackie. During our conversation, a friend of mine who was sleeping over snatched the phone from me, shouted, “Priscilla! Shea wants to give Jackie the red light special!” and then handed it back to me and ran away. Priscilla was flabbergasted. “Really,” she asked. I didn’t know what to do. I just said, “Yeah. Can you tell her that, please?” I found out after we got off the phone that that meant have sex with her. I was in the sixth grade. Such is life.