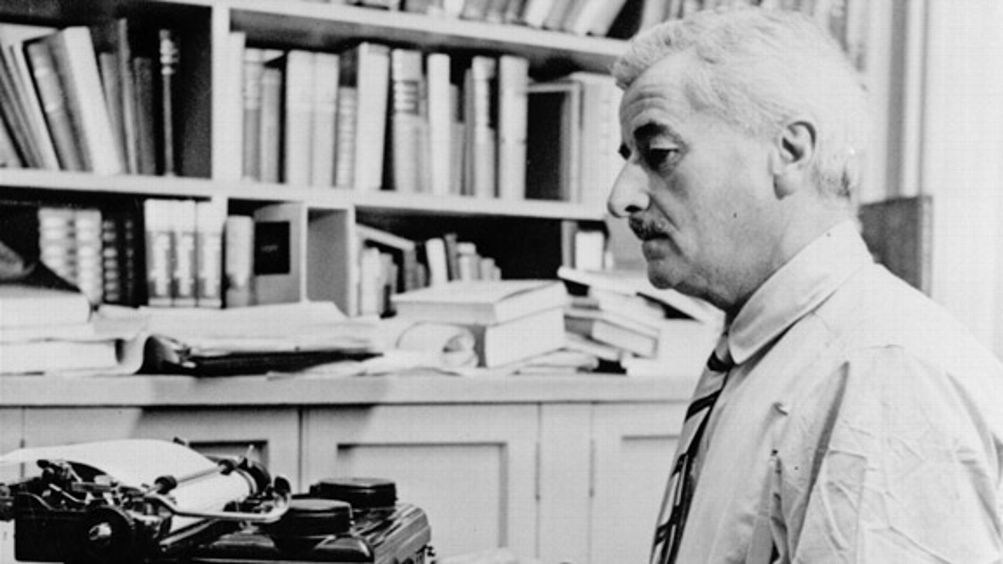 Our friend, Dean Faulkner Wells, died last week. We got the call: a stroke, then life support, then gone. Come quick, we were told. Something is ending. We stood in the summer haze, the people of Oxford, gathered like a tribe. We sweated through our collars. Our tears escaped the tint of dark glasses. We manned the kitchen like only a bridge club could. We preheated the oven. We were young and old, writer and homemaker, churchgoer and hell-raising bastard. We brought a bottle of Four Roses, because that’s what Dean’s uncle drank. He’s been gone a long time, and now she was gone, too. We raised a plastic cup to both.

When the heat and the crowd in the house got too much, we gathered on the Square, overlooking the courthouse lawn. Just a few days ago, we’d seen her in this same bar, at the table by the balcony, laughing, telling stories, seeming, most of all, unalterably alive. We drank Manhattans and martinis, whiskey and cold beers. Dean loved a party, and tonight, we’d send her off with a writer’s wake. We leaned on the copper bar and asked each other if the town had lost more than just an important piece of itself. Had it lost its center? The heart of Oxford lived in Dean and Larry Wells. It wasn’t just the trivia of her relation. She was more than an obituary writer’s dependent clause: the niece and last remaining connection. She made us believe that we were all somehow descendent of the man himself, a man she called Pappy, and her smile, and her laugh, her smoky voice and her delightfully dirty mouth, created a glow around her. She never seemed 75. She played competitive tennis with women half her age, icing down a six-pack for the ride home from away matches. She spent football games focusing on the nose tackle. She wanted to be a nose tackle. Before she died, Larry slipped her beloved faux bling bracelet on her wrist. It spelled out D-E-A-N.

We loved it when she talked about the bullfights, how she went to Spain, and while many recoiled at the blood, she sat transfixed by the beauty. Manolete was a poet. Belmonte was a magician. She described walking down a Manhattan street with Pappy and seeing every head turn. She noticed, and he didn’t. At first, she thought they were staring at her.

We cherished the gifts she’d bestow: a knitted blanket for a newborn, or a cookbook of famous writers’ recipes when one of us started writing a food column, for instance. We cherished the belief behind those gifts, the way approval from Dean could make people take a writer seriously. The way approval from Dean could, more important, make a writer take himself seriously. As long as she lived in the house next to the unholy bright lights of the Chevron, in the home of Faulkner’s mother, Oxford remained tethered to something.

We went back to the house. We made Larry eat some food. We looked at the pine coffin in the living room. An old-school wake, the only way to spend this night. It felt perfect. We passed the bottle. We wondered how late we should stay. We browsed the endless shelves of first editions, signed by the famous and the forgotten, men and women who all came to bask. Larry joked about Barry Hannah and Willie Morris, both Oxford alpha males, fighting for her approval; both wanted Dean to like them more. She loved people who worked with words. Adored writers. They loved her back. We loved her back. One of the books on the shelf was a Gideon’s hotel bible. We took it down to read the inscription: I wrote this book for you, my beloved friends. Signed, Bill Styron.

We were glad Dean had written a book of her own, Every Day by The Sun, a memoir that came out earlier this year. We remembered her signing at the Lyric Theater, where, as a little girl, she accompanied Pappy to the premier of Intruder in the Dust. Crowds scared her, so she asked several local writers to read a segment before she talked at the end. We remember standing at the bottom of the stage, waiting to climb the steps through the curtain, and seeing Dean sitting on the ground, obviously about to melt down, and Larry next her, holding her, calming her. They almost seemed like one person, and then, fortified, Dean walked out on stage and brought the house down. We’ll never forget the feeling in that room — the way the town came out and seemed to realize that its emotional core lived inside of Deanie — and we’ll never forget the even greater feeling hidden by the curtain, sitting on the ground near the foot of the stairs.

We rushed outside when word passed that the Chevron dimmed its lights in memory of Dean. We’re still not sure if that actually happened; we arrived in the yard too late. We drank the Four Roses. Then we drank the Jack Daniel’s. We drank from the bottle until the whiskey was gone. We drank French red wine from Johnny Vaught tumblers. At some point, there was a long, elaborate series of puns about the unfortunately named Ole Miss football coach. Is it wrong that there was laughter? We told simply filthy jokes.

We watched her dogs crawl around underneath the casket, rubbing their noses against the shiny wood. They seemed confused. We thought about how much she loved her dogs, kept pictures of the ones no longer alive. Once, when her beloved Murphy needed to be put to sleep, she clipped the leash onto his collar for the last time. That was Murphy’s favorite noise in the world. “Come on, Murphy,” Dean told the dog, “let’s take a turn around the block.” The night before the funeral felt a bit like that.

We lined up in cars the next morning and watched the strong men carry Deanie out of her home. We rolled slow toward the square, a long procession of cars, as the cops saluted. Even though we were driving a delivery truck, we took off our hat as the hearse went by. We left our posts in the book store and stood outside at attention. For a few moments, Oxford came to a halt. Cops blocked the Square, and we drove around, headed toward the rolling field. We passed Pappy’s grave, and thought about how he wasn’t an idea, or something for a town to market. He wasn’t a statue in front of City Hall, just as Deanie isn’t the dependent clause about the coincidence of her birth. Faulkner was a man, and when his younger brother, Dean, died four months before his daughter was born, flying an airplane William had bought, the guilt and responsibility moved the famous writer to act. He took in the girl as if she were his own, buying her dolls, walking her down the aisle. When the wedding ceremony ended that day, Faulkner whispered a prayer, telling his brother he’d “done what I thought would please you.”

We stood at the grave. We listened to a novelist read a poem. We bowed at a prayer Deanie overheard in a New York bar. We sang about blackbirds. We took off the sunglasses, no longer embarrassed by our tears. We hung around, not wanting to leave, wondering how Larry could possibly go back to that house. We went to the nicest restaurant in town afterward to celebrate her life. We popped expensive champagne and raised a glass to her brilliant smile. We cried a little more at the black bow tied to the front door of the book store.

We went to check on Larry, and we flipped through their wedding album, realizing, some of us for the first time, how stunningly beautiful Dean had been. We joked about Larry outkicking his coverage. We stood in the dining room and saw her smile one last time, on a photo of her in the south end zone of Vaught-Hemingway Stadium, where she sat with Willie and Barry and the crew of raconteurs. We told of a long ago goal-line stand against Mississippi State, when Dean and everyone else rushed the field afterward to snatch up pieces of sod, holy relics. We went home and found that old grass. We slipped out to the cemetery to bury it with our friend.

Wright Thompson is the Four Roses and salmon croquette correspondent for Grantland. He can be reached at wrightespn@gmail.com.