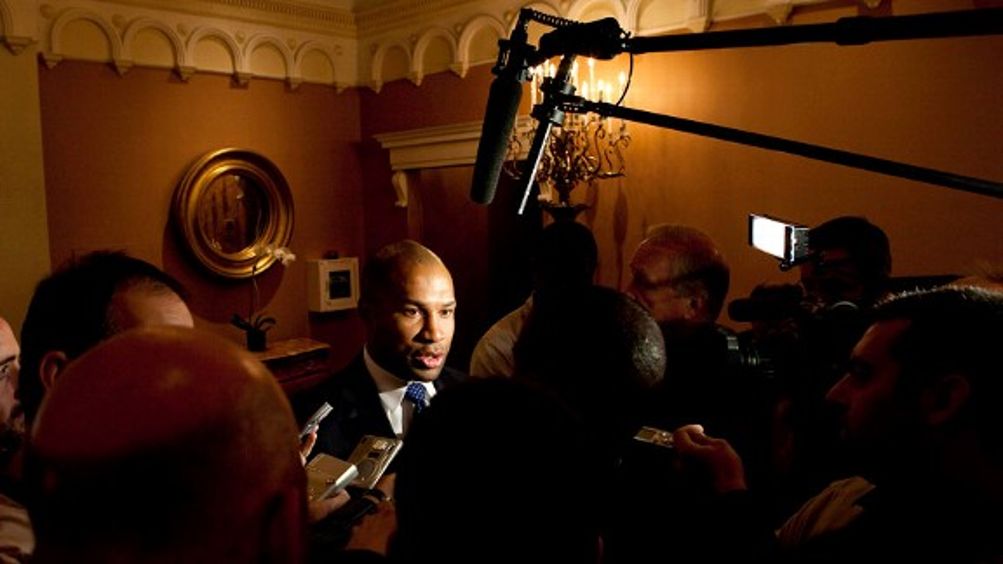 The NBA lockout has been dragging on for months. Games have been canceled. Fans are wondering why millionaires and billionaires can’t come to an agreement on how to divide over $4 billion in revenue. While those concerns are logical, a full understanding of the issues is necessary to understand the complexity of the situation and why accepting a deal is not a strictly financial decision.

What Is Basketball Related Income (BRI)?

Basketball Related Income (BRI) includes most income generated by the NBA outside of expansion-team money, fines, and revenue sharing.1 Another important element excluded from BRI is operating expenses. As Raja Bell explained in an interview with the Dan LeBatard Show with Stugotz, this includes arena rental. So what do some owners do? They have one company that owns the arena, and then have that company rent the arena to the basketball franchise, essentially paying themselves and deducting that expense from BRI.

After all those calculations are completed, the players receive a percentage of that income. How does the NBA prevent overages and underages (the players getting too much or too little money)? A certain percentage (last year 8 percent) is withheld from every player’s paycheck and placed in an escrow account. When the BRI is calculated at the end of the year, if it is determined that the players received less than they were supposed to, money is paid out to the players. If it is determined that the players were paid more than their percentage, the owners keep the escrow money, and if that is still not enough, then additional money is taken out of the players’ paychecks for the following year.

This calculation is important because while the players’ contracts are guaranteed, if the league makes less money, so do the players. The idea that the economy tanked, lowering revenue, which resulted in the players’ salaries being unaffordable, is just not true. What is true, however, is that the owners can’t collectively make a profit with a player percentage of BRI set at 57 percent, as is the case with the current Collective Bargaining Agreement.

So the players must take a lower percentage of BRI, but how low is too low? And how much money are the two sides arguing about? As an example, let’s use $4 billion in BRI for the upcoming season, with $0.2 billion increases annually (values are in billions).2

These are not peanuts being argued over — we’re talking about hundreds of millions of dollars at stake, as you can see in this chart that shows differences between various percentages:

It’s important to note the concessions the players have already made in order to understand their reluctance to go further. They’ve given back $200 million for the upcoming season and $1.35 billion over a six-year CBA. And the owners are asking for additional money, up to another $200 million and another $1.35 billion (if the players end up with 47 percent). One more thing to consider is what last year would have looked like with various percentages:

With the owners estimating losses of $300 million and players arguing that the losses are significantly less (with accounting differences taken into consideration), it is reasonable to assume that the players, with their proposal of 52 percent, have arrived at a percentage roughly where owners can make a profit.

But this is much more complex than economics. The BRI/percentage determines how much in total players will be paid. The system, on the other hand, determines who can pay a player and how that money is distributed. The owners prefer a hard cap, punitive luxury tax, and a restricted Mid-Level Exception (an exception that allows a team over the cap to sign a player to a contract of a calculated value of around $5 million a year).

The players prefer a less restrictive system. Why does it matter? Because the union wants to create as many well-paying jobs as possible. A more restrictive system filters money upward to the superstars. The union exists to protect the middle-of-the-road player. This isn’t about the overall payout, but the median payout. Let’s take the following example with fictitious numbers to illustrate the point, where there are two players, the total BRI is 20, and the player percentage is 50 percent:

As you can see, the overall salaries, when actually paid, are identical at 10. This is because the BRI and percentage determine that payout. But, in the less restrictive scenario, the mid-level player gets a larger piece of the pie, which the union prefers. The idea is that the superstar gets a lot of money anyway and also reaps the benefits of endorsements, so the union needs to protect the player who doesn’t get any of that. If they wanted to support the superstar player, they would simply disband the union, which would make any salary cap restrictions illegal (as an antitrust violation) and allow the owners to get into a bidding war over elite players, with everyone else left to fend for themselves.

The owners have already been given enough concessions to address their concerns, and are largely independently wealthy anyway, so why are they continuing to draw a line in the sand? Because economics is a sideshow to them. Some owners are willing to cave. Micky Arison, the Heat owner, was fined $500,000 for intimating that he was willing to make a deal and that other owners were holding up the process. Mark Cuban used his brother to get the message out there that the owners would move to 51 percent. Yet other owners, most notably Dan Gilbert and Paul Allen, won’t budge.

The owners aren’t holding out for parity. They are holding out because of indifference and vindictiveness.

Does anyone really believe that Paul Allen, worth $13.2 billion, is holding up this deal for a few million dollars out of his pocket?3 Of course not. The reality is that there is not, nor will there ever be, parity in the NBA. You need an elite superstar to win a championship, and there are maybe 10 of those in the NBA. Parity is simply being used to hide their true intent.

The owners aren’t holding out for parity. They are holding out because of indifference and vindictiveness. Financially, they have so much money and so many alternate sources of revenue that it doesn’t matter if their teams play or not. And since most owners’ teams aren’t going to win anyway, the motivation just isn’t there to cave. For certain owners, like Dan Gilbert, this is taken to an extreme. The man who penned the Comic Sans diatribe against LeBron James would love nothing more than to slice a year off James’ championship window in Miami.

So, the players must cave, right? They need paychecks and the owners appear indifferent. The short answer is yes. Economically speaking, they should cave immediately. They are going to lose more money from missing games than they will lose from taking a worse deal. And the players will eventually cave. There will be basketball again. But it’s the system that causes reluctance. Sure enough, it’s being reported that the owners are not offering 50 percent with a system the players covet, but are instead offering a choice: (1) a 50 percent split with a restrictive system, OR (2) a 47 percent split with a non-restrictive system. So, the players are in a situation where they have already lost, already given so much, and already covered the owners’ losses (some of which are unrelated to players’ salaries), and they now must choose between keeping more raw money or protecting that middle class of players. Not nearly as simple as dividing a $4 billion pie.

Vishnu Parasuraman is a consultant in the Washington, D.C. Metro Area and an editor of the All About The U blog. He is a graduate of the University of Miami with an MBA from Carnegie Mellon University. Follow him on Twitter @vrp2003.