Do Svidaniya to All That 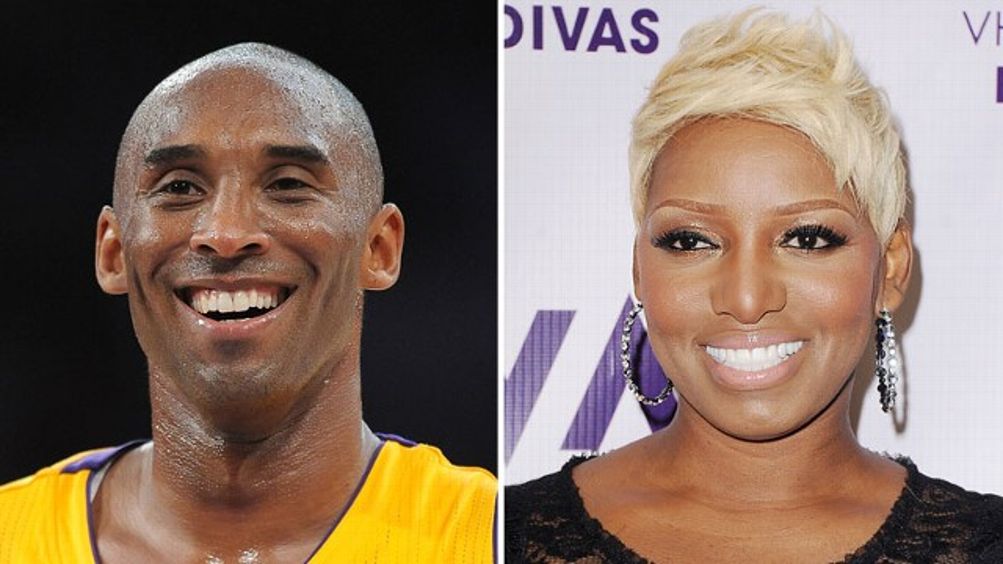 When you’re trapped in a context you’ve already mastered, it’s natural to seek a new phase of life, one with new values and rewards. With nothing left to accomplish, the natural course of your final days are more a formality than a celebration. Right now, we are witnessing two elite stars aggressively executing exit strategies from their current contexts: Kobe Bryant and NeNe Leakes. Both have already extracted all of the meaningful highs and lows that they possibly could from life in the NBA and as a Real Housewife of Atlanta, respectively.

While these two stars essentially have nothing to do with one another, it has been interesting to monitor their similarly drastic change in personal public policy. In a way, they have both implemented a shift in values that demeans the ideals they initially used to construct their fame.

Kobe Bryant is in the twilight of his career, and his goals are no longer as uncomplicated as the ones we once assigned to his success-driven personality. For the first time, he doesn’t completely embody the “All that guy cares about is winning” cliché that helped us to understand why he was such a terrible teammate without any close friends (other than his alleged bond with Derek Fisher). Kobe used to be an NBA-a-holic, the guy with natural talent who had no life outside of basketball. The guy who allegedly studied Michael Jordan’s interviews in order to come across as more ‘great.’ The guy who handled the media with practice and preparation, the same way he approaches the game.

So why did Kobe join Twitter last week? And why did his first tweet proclaim that he has shed his “antisocial” tag? It feels like his account activation on the social network is an acknowledgment of the need to simply “exist” beyond the game, to emerge as a retweetable voice on important matters that concern people who care about the sports world. Perhaps there is a fear of simply fading away, being remembered unfondly as the “antisocial.” I can’t tell if Kobe’s recent push for the expansion of his social reach is a natural reaction to his repressed self, or another strategic step in his masterful career. After witnessing Kobe tweet out a picture of himself ‘play fighting’ with Dwight Howard just hours after rumors of a rumble between the two surfaced, it’s even more difficult to decipher his intentions. 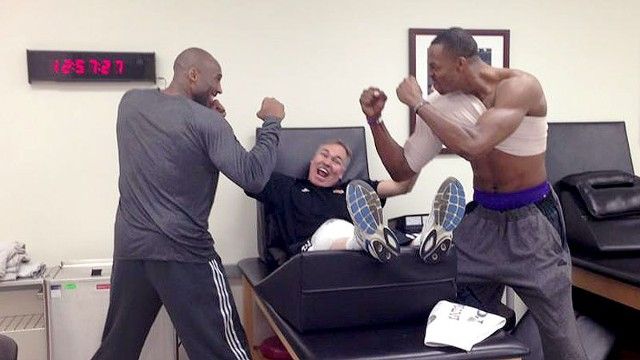 Similarly, it has been difficult to interpret who the “real NeNe Leakes” is throughout her five seasons on Real Housewives of Atlanta. While she’s more inherently likable than Kobe Bryant, the two share a natural tendency toward scheming. There is purpose behind every interaction and decision they make. This has made them more compelling, but ultimately too complex to be relatable in the way that they now seem to be striving for. The crafting of their current personas involved a similar compromise that larger-than-life characters sometimes have to make.

Since the first season of RHOA, NeNe and Kim Zolciak have been the undisputed stars of the show. The disintegration of their friendship seemed to have been directly linked to their respective drives to ‘win’ the show, asserting themselves as the realest damn housewives in the world (and also the prettiest, richest, and most mainstream famous-est). Season 5 has seen NeNe’s reality-based personality take an unlikely turn toward forgiveness and positivity. Instead of utilizing the strategy of embracing conflict and throwing down quotable disses, NeNe appears to have evolved to act ‘bigger’ than the show and its characters. Her confidence has been buoyed by her burgeoning career in Hollywood. NeNe now lets the fringe cast members act like the crazies. Instead of opening herself up to potential criticism with the “I’m very rich, bitch” vibe of her Season 4 brand, she’s changed her tune to obscure the natural shallowness of all reality TV stars.

In a way, NeNe’s maturation represented her own forfeiture of reality TV drama as her public identity. Her split with Kim recalls the divorce of Shaquille O’Neal and Kobe Bryant. The Lakers’ Big Two stuck together for eight seasons and achieved something great, but it sure was more interesting after it all went sour. Season after season, there seem to be new faces with similarly dramatic scenarios. Kenya, Shaq, Dwight Howard, Smush Parker, and Kim Zolciak are all just people Kobe and NeNe have trampled along the way. Now Kobe and NeNe appear to be ‘over’ the predictable drama associated with their contexts, but what is actually next for them?

Based on Kobe’s run of memorable quotes since the offseason, it feels like he is naturally transitioning into ‘crazy old man’ mode, where he’s praised for speaking his mind instead of leaning on predictable sports-interview jargon. It’s probably a symbol of where he is in his career and the opportunity for the career legacy preservation that public figures like Magic Johnson and Charles Barkley have honed by remaining prevalent in the media. After Kobe’s willingness to dis former Laker teammate Smush Parker, it feels like he could naturally assume the informal ombudsman position in the role of an NBA analyst, routinely telling war stories and lambasting young whippersnappers he could’ve easily outsmarted back in his day.

Saving the Lakers from their terrible season doesn’t really matter. Kobe is smart enough to know that they’ll just get swept in the playoffs after being unable to adjust to a younger team ready to exploit their weaknesses. Stealing one last championship from LeBron would be a nice story, but ultimately would not change the way Kobe’s career is perceived. Even putting a dent in the individual accolade of all-time points leader (where he currently ranks fifth) doesn’t matter much. Though he’s having a great season, Kobe Bryant is at a place in his career where real-time performance hardly means anything at all. He’s already established himself as one of the game’s best players ever. The Lakers’ struggle keeps the spotlight on Kobe for another season while providing an opportunity to ‘break it down’ and ‘keep it real’ with more honest analysis of himself and his team. Just last week, he called the Lakers “old as shit.” The quote wasn’t just funny because it was true, it was funny to wonder what triggered such brutal honesty.

It’s clear that NeNe has Oprah ambitions. And why shouldn’t she? I’d rather watch NeNe than Wendy Williams, Jeff Probst, The Chew, or anyone else with a random daytime talk show right now. NeNe doesn’t just want to be one of those fake entrepreneurs on a reality show having fake parties for fake causes, participating in fake conflicts, forced to rip out fake hair. Distancing herself from the pigeonholed reality existence is ultimately more humanizing than striving to be the least crazy woman on a reality TV show.

Both NeNe and Kobe are putting themselves in a position where they can comfortably be “raw and uncut,” without the noise and deception of reality-television editing or the vicious sports-news cycle. They’re not exactly afraid of being forgotten, but afraid of being remembered as ‘simple’ for only pursuing the absurdly low-hanging fruit that their natural talent has allowed them to acquire with relative ease.

But Kobe’s new media strategy can’t just be a passive-aggressive method for handling Dwight Howard’s lack of passion. Or another strike in his career-long, deeply rooted grudge against Shaq. (That can only be squashed by stealing Shaq’s chair on Inside the NBA.) And NeNe’s drive can’t just be about rubbing Kim Zolciak’s face in the mud for ‘only’ being a short-term reality TV star. Maybe I’m all wrong about Kobe and NeNe realizing that they have to change, maybe even evolve. But the demented traits that made Kobe and NeNe so interesting in the first place are the same forces that will make their worlds shift around them.