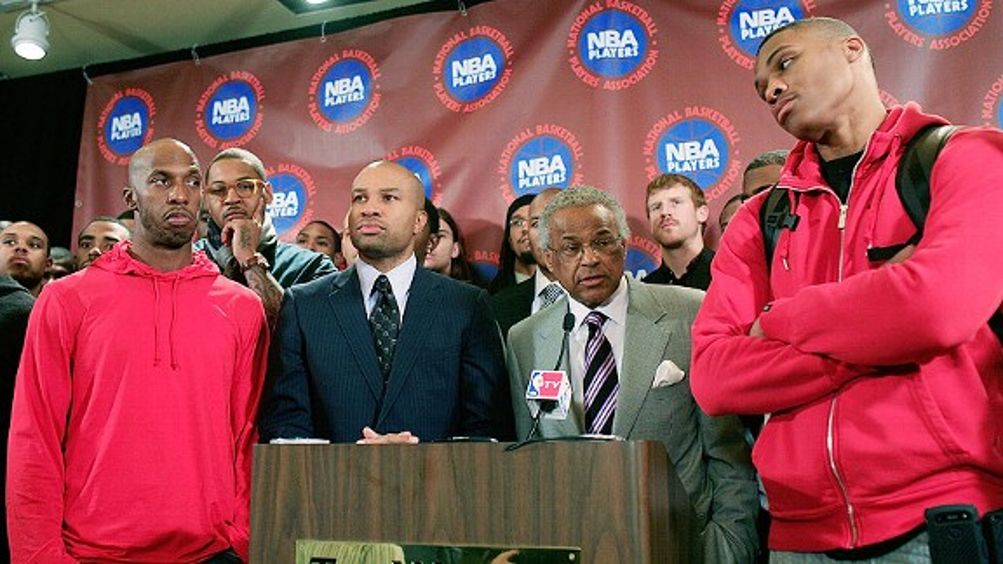 One of the uglier byproducts of my life on the Internet is that I sleep with a laptop tucked underneath my bed. When I wake up, I roll over, pick the laptop up off the floor, blow off the dust bunnies, and check the day’s news. Most people I know go through some version of this routine, and they all wish their mornings were different. It feels weird and vaguely un-human to wake up to the buzz of the Internet. But every farm has its chores, I suppose, and my duties at Grantland require that I know who grabbed 15 rebounds in the Las Vegas Invitational, who farted in whose face (allegedly), who stomped on whom and why, and who should write about the stomping and whatever potential suspension.

Saturday morning was more of the same. I woke up around 6:30 and went through the morning rounds: e-mail, Twitter, RSS, Facebook. Over the past month, I’ve started ignoring hotel-lobby tweets from NBA reporters, not because the information wasn’t relevant or reliable, but more because there didn’t seem to be any end in sight. It took about 10 minutes and three or four headlines for the news to finally register: The NBA lockout was over. And I, who had been following the labor talks with emotions ranging from grumpy to completely disinterested, forgot all about everything that had happened over the past four months and immediately forgave everyone involved.

At the start of our year of Tebow 2011, I wrote a column titled, “Why the NFL Needs Tim Tebow.” It was my attempt to talk about the larger issue of anonymity in the NFL and how a committed Man of God might be the best candidate to break through the league’s quasi-militaristic model. At the end of the column, I suggested that the NFL’s ease in resolving its labor disputes probably had much to do with the fact that the majority of its players didn’t see themselves as commodities. The NBA, the only American sport in which a player can turn himself into a global brand, is staffed with employees who understand their specific value to ownership. The Elden Campbell Lakers were an inferior product to the Kobe Bryant Lakers. Nobody knows that better than Kobe Bryant and the people who are paid to represent his interests. The personality inequity between football and basketball is parceled out on several fronts, and it’s fair to point out that many of them have to do with the total number of players on the field and the actuality and rules of the respective games. But after watching Tebow turn into America’s favorite meme, I’m now convinced that the differences lie mostly in the cultures of the leagues. There’s a reason why the NBA took off in the celebrity culture of Los Angeles, just as there’s a reason why the NFL’s model of grit and teamwork plays better in the middle of the country. There’s a reason why most NBA fans will just forget about this lockout and go about their lives of retweeting Delonte West and Brandon Jennings.

It’s mostly about access. The NBA, by dint of smart marketing, the intimacy of its telecasts, where you can see the players’ faces and their reactions, and, perhaps most importantly, the way in which those same players turned their bodies into brands by sticking their tongues out on the way to the hoop, by braiding their hair into cornrows, by shaving the team’s logo into the side of their head has turned their main product into relatable characters who can exist outside the league. With the advent of Twitter, fans could now interact with those same stars through 140 characters. Words, which had previously been relegated to canned postgame interviews, now accompanied the images. At some point (probably after The Decision), the idea of the NBA star changed. Where he was once highlight reel and championship celebration, he was now someone who ate at Chipotle and chatted with escorts and clowned on his teammates.

As the nuclear winter loomed, Kevin Durant continued a personal quest to show the league that he could remain relevant without it. He dominated YouTube-d pickup games and quarterbacked fraternities to flag football championships while mostly staying out of the fight between ownership and the union. He tweeted up to 50 times a day and talked directly to his fans. Durant wasn’t alone. Locked-out players went on a somewhat clumsy, yet still effective, goodwill tour, playing pickup games and pro-ams in small gyms across the country. These events were almost exclusively promoted through social-networking websites, and only deepened access — instead of seeing him from the upper deck, you could now see Kevin Durant up close and personal. In a Rucker jersey, no less. And because every game was on YouTube, and because basketball fans are more enmeshed on Twitter than, say, football’s legions of hard realists, it didn’t even matter if you were actually there for the Drew League game or at Rucker Park or had been one of the 200 in attendance when Rondo threw his ridiculous alley-oop pass. YouTube never stops, and tweets involving NBA players doing cool things never stop getting retweeted.

It’s also hard to stay angry at someone who is so goddamn talented, especially when he keeps wanting to talk to you. It’s much easier to stay angry at an institution. Although the union certainly misplayed its hand on several occasions during the lockout, the players built up a bulkhead of goodwill with the fans. That’s partially why it has been so easy to forgive, forget, and say, “Bring on the games.”

Once LeBron, Wade, and Kobe take the court on Christmas, the rest of the country will also forget. Unlike baseball, where important numbers get truncated by shortened seasons, nobody cares if a 66-game season means that we won’t see a 2,000-point scorer. All that matters, really, is whether or not LeBron hoists the championship trophy at the end of the season. And given that he has no choice but to either hoist it or not hoist it, the league will be fine.

And yet, just as sleeping with a laptop under my bed leaves me with a vague, guilty feeling, there’s something unsettling about just how quickly everyone, myself included, has decided to forget about the past four months. Thanks to my work and a nagging knee injury, I spend about 80 percent of my waking hours on the Internet (my four breaks: eating, reading books, driving, and crushing fellow editor Robert Mays in Madden). In that time, I’ve noticed a flattening of information — analysis of political debates has started to read like tennis matches, which, in turn, read like television recaps. For about a week at the start of the Republican primary season, I thought Michele Bachmann was a college basketball player. Until about five minutes ago, I thought Felix Salmon was a five-tool prospect in the Orioles system. Part of this is Twitter’s fault — if there’s a better leveler of worlds, I’ve yet to find it.

As all reactions have turned more and more ephemeral, so too has dissent. The current protest movement that has occupied campuses and financial centers seems to have grown not only out of collective discontent, but also out of the possibilities afforded by our new infrastructure. Twitter and Facebook have provided a new way to protest — the Occupy movement, more than anything, feels like a trial run for something bigger that’s yet to come. I don’t mean to compare the two in terms of cultural importance, but for a large portion of the news-consuming public, word of the shameful UC Davis pepper spraying came in the same size font, on the same platform, and was broadcast with the same urgency as something like, “David Stern just walked by the lobby of this hotel. Details coming.”

At some point in the near future, as more of the news gets relegated to nonhierarchical aggregators and social media, the resonance and relative importance of the stories might be leveled as well. After four months of closely following every piece about BRI, system adjustments, and mid-level exceptions, it took me all of three minutes to forget about the NBA lockout. Order was restored in the news cycle — my mornings with the Internet would have no more surprises. Instantly forgotten were the greater issues behind the lockout — say what you will about billionaires versus millionaires, the labor dispute in the NBA happened because the richer side said, “Sign this, you have no choice.” But that sort of thought can’t fit into 140 characters, will look ugly on a Facebook newsfeed, and can’t be included as a video attachment. When the Occupy movement became frustrated with media coverage, it took to social networks. And because videos are the only things that can break through Twitter and Facebook’s tyranny of sameness, the Occupy movement, strangely, has become a national protest fueled by pixelated images. This certainly is a very fast way to spread news, but it is also disposable. And ultimately, because all news, whether it be about revenue sharing or executive bonuses, is transmitted at the same volume, everything starts sounding pretty much the same. Now that it’s over, does anyone really care about the NBA lockout anymore? Will there come a time when we will just as cavalierly forget about the point-blank pepper spraying of students?