Behind the Pipes: Into the Arms of the NHL 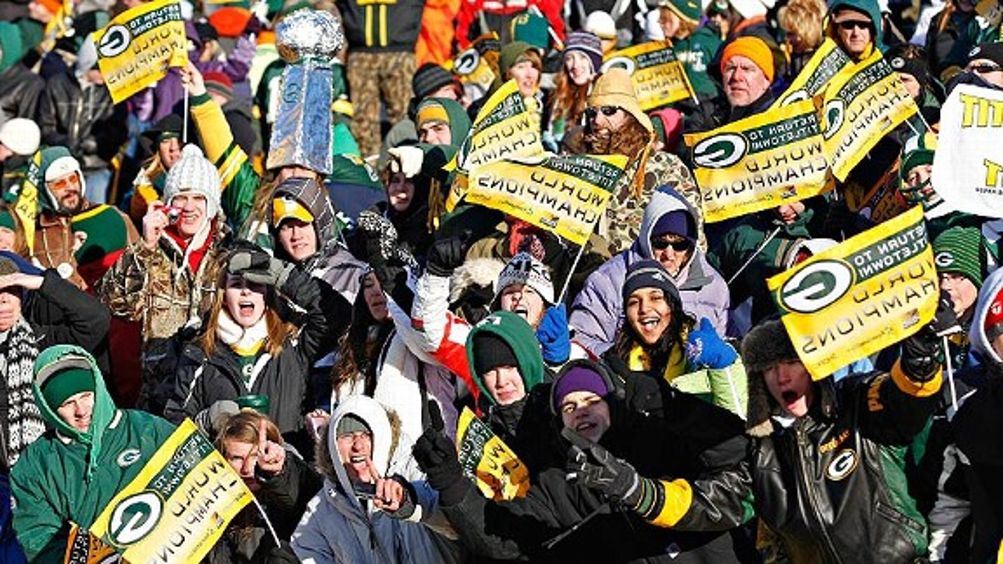 In the terrific boxing documentary When We Were Kings, George Plimpton recounts the story of Muhammad Ali’s commencement speech to the graduates of Harvard University. “Give us a poem!” one student shouted. Ali surveyed the quieting crowd and said: “Me, we.”

“It stands for something more than the poem itself,” Plimpton said.

It stands, in fact, for everything that’s wrong with personal pronoun usage in modern sports.

We really need to find a better rebounder.

I can’t believe we won that game in the bottom of the ninth.

How do you think we’re going to do on Sunday?

Here’s the deal: If you don’t play for, or you are not an employee of, the team in question, “we” is not the pronoun you’re looking for.

“They” is the word you want.

When I said as much the other night, I heard all sorts of indignation from loyal fans. Most of their righteous defense boiled down to some version of, What is the team without us?

I’ll tell you what you call a team without fans: the Florida Marlins. AND THEY STILL EXIST. They’re still watched over by their evil, small-footed owners, and they still put on their terrible, freshly laundered uniforms, and they’re still managed and coached, sort of, and they still go out on their nicely kept field to play every last one of their scheduled, mostly meaningless games. None of their day-to-day functioning actually requires fans. Sure, they might require your money somewhere down the road — if they can’t siphon enough from the New York Yankees, that is — but they don’t actually require you.

Because we’re talking about sports, there are certain gray areas, of course. I’m a reasonable man. If you’re a resident of Green Bay, Wis., you might be able to say “we” when you’re talking about the Packers, because you might very well own some small percentage of the team.

If you’re a fan of the Toronto Maple Leafs, you can probably say “we,” because your faithful devotion to that miserable team is the principal reason they will always be shit. You might as well accept your share of the blame.

College teams present the most interesting dilemma. If you’re a student at a university, and you somehow help fund the team through your student fees — I’ll freely admit that this might be a purely Canadian, socialist phenomenon — then “we” is appropriate.

But if you’ve never even attended the school? Then there’s no “we” about it.

The same goes double for professional teams, especially if you’re not even from the same city — or country, even. If you’re some make-believe soccer fan in North America, you cannot refer to frigging Blackpool as “we.” You don’t have a blessed thing to do with Blackpool, the little English city by the sea, let alone with the Tangerines. “Up the ‘Pool!” Up yours, you twat.

Think about it: Apply “we” to other forms of entertainment and see how ridiculous it sounds. If someone read a book and said to me, “We really killed that opening chapter,” I’d wonder if I were talking to Gollum.

Have you ever watched a movie — a nice little feature in which you felt emotionally involved with the characters and maybe even cheered a little at the end — and said, “Wow, I can’t believe we triumphed over evil again?”

Probably the closest analogy to a sports team is to a band you might love. For instance, I love the Weakerthans. I think they’re the greatest band of all time. I have seen them in concert probably a dozen times, have cheered for them until my chest hurt. I have been moved by their music, have used their lyrics in my own writing, could sing along to every last one of their songs and recount for you the important moments in my life to which each corresponds. I even wear their T-shirts. But when they put out their next record, do you think I’m going to sit back, put on my headphones, and say, “We really found a beautiful parallel between love and curling in this one.”

But wait, WAIT, the fans said to me the other night. Sports teams are different from all those other objects of affection. Teams are part of the social fabric of a community. They play in a stadium that we probably paid for. Their name includes the name of my hometown. I’ll still love the team long after the current players are gone. How come they can say “we,” and I can’t? I was here before them, and I’ll be here after them. I’m more part of this team than they are.

Tell that to Expos fans or Whalers fans or Browns fans or Grizzlies fans. There wasn’t much they could do to change the direction of things, was there? “We” would have meant being able to do something about it. “We” means participant, not observer.

But no matter how much love and faith and belief you might have in something, you don’t necessarily then become part of it. Put all your hopes in the stars if you’d like; that doesn’t make you a constellation.

I learned as much when I talked to Eli Manning a couple of years ago about the New York Giants and their Super Bowl win. I asked him whether he thought about how much that victory meant to the team’s fans — asked him whether, when he was old and sitting on his porch, he would think about that night he brought an entire city, minus the Jets fans, to its feet.

Previously from Chris Jones:
The Return of the Jets
The Survivor
The Odd Death of Arturo Gatti
A Man of God