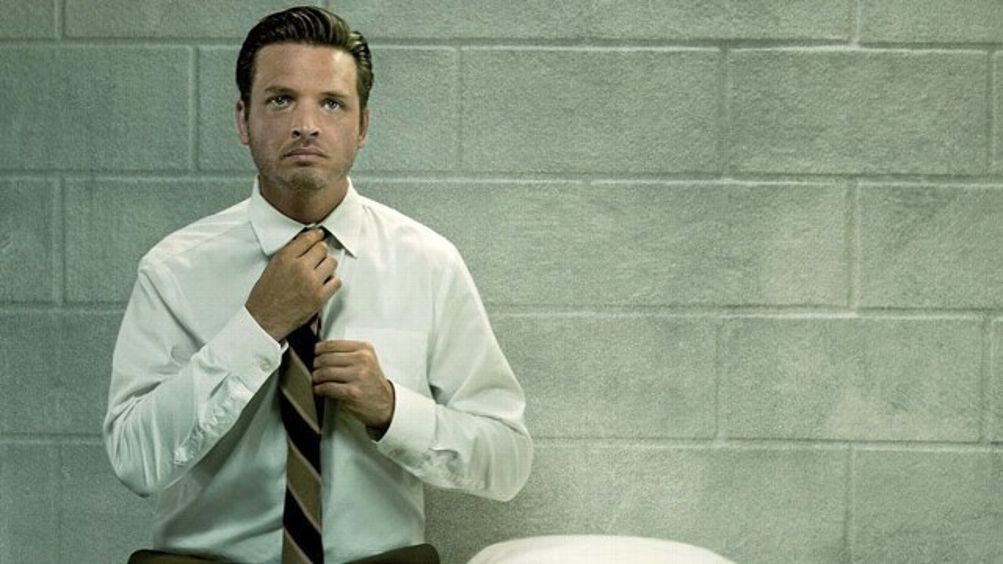 Thirty-four years ago, high among the snowcapped mountains of Utah, big Hollywood star Robert Redford took a self-serving stand against big Hollywood. Apocalypse Now was in theaters, with Raging Bull still a year away, but Redford already felt the winds of commercial change blowing through those famously flawless locks. As chronicled by Peter Biskind in his fine book Down and Dirty Pictures, Redford founded the Sundance Institute as an antidote to what he saw as the creeping poison of blockbusters — and he cast himself in the lead role as the handsome, crusading doctor. First as a series of workshops and later as a film festival and multimedia entity, Sundance would stand astride history, as the age of Easy Riders gave way to the tightly regimented, wildly profitable Star Wars to come. It would represent an unshakable commitment to, in its founder’s own words, “the discovery of new voices and new talent.” Though he eschewed the industry machine when it suited him, Redford could still work the narrative like a cigar-chomping studio boss. To mark the occasion on that cold day in 1979, Redford reportedly unveiled a golden eagle he had recently nursed back to health and, with great flourish and fanfare, released it into the wild. This was ridiculous but also fitting. I have to imagine it was possible, in the thin mountain air, to believe in the gesture as prophecy: that nature and art, if carefully nurtured, would always soar higher than the muscle-bound bloat of sci-fi, sequels, and bottom lines.1

Decades later, the only battle more exhausting — and more ever-present — than the Jedi vs. the Sith is this perceived conflict between creativity and commerce. It’s a reductive binary that tends to excuse big projects for being dumb and smaller ones for being too smart for their own good. And it’s more relevant than ever now that TV, like film before it, is suddenly suffering through its own blockbuster phase. The ratings success and huge financial windfalls reaped by The Walking Dead and Game of Thrones have raised the stakes but neutered the risk of TV drama. Where networks once reached into the slush pile of highbrow scripts to make a name for themselves,2 the new trend is to glom on to reliable genres and preexisting franchises — or, as with Bates Motel, both — to get noticed and, increasingly, to get ahead. This direction has the added advantage of wresting creative control away from unpredictable, demanding auteurs,3 and it, coupled with the thinner and thinner demographic microslicing I wrote about last week, portends dark days ahead for fans of off-kilter voices and intimate quirk. “Quality” isn’t much of a brand because, theoretically, it’s one that every network shares,4 and “originality” isn’t much of a financial strategy, because duh.

But here’s where a third-act twist too Hollywood for a Robert McKee guidebook comes in. The Sundance Channel was founded in 1996 by Redford & Co. … well, to show Sundance movies, basically, a term that by the ’90s had calcified into a restrictive cliché all its own.5 It lurked quietly on the upper reaches of your local cable service, dutifully broadcasting reruns of Living in Oblivion6 and occasionally experimenting in on-brand original programming like sending Mario Batali and Michael Stipe to lunch. Five years ago, Sundance Channel was sold to Cablevision’s Rainbow Media (now a publicly traded entity known as AMC Networks), which was widely expected to merge the underperforming channel with its own fringe arthouse network, IFC. That didn’t happen, and now Sundance Channel’s lack of preexisting identity is suddenly its greatest strength. Due to a fluke of mismanagement and timing — the sort of thing the industry likes to call “foresight” in hindsight — Sundance Channel suddenly finds itself with the strange opportunity to fulfill its founder’s mission on an entirely different medium and long after he cashed out. 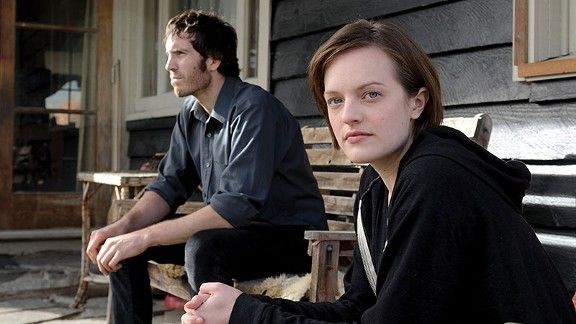 Earlier this year, Sundance Channel gained the best — some would argue “first” — notices in its history for Top of the Lake, a haunting seven-hour miniseries from filmmaker Jane Campion, cofinanced by the BBC and Australia’s UKTV. Though I’m regrettably late to the party,7 I’m happy to report the notices were well deserved. Starring a lightly accented Elisabeth Moss as a troubled Sydney cop investigating the disappearance of a pregnant 12-year-old in her uncomfortably small New Zealand hometown, the series did what independent cinema once did best: take a familiar format and fold it in on itself like origami, until what remains is both totally unexpected and deeply beautiful. Despite some broad-stroke plot similarities, saying Top of the Lake is a smarter version of The Killing would be like calling a Harley-Davidson a smarter version of a Big Wheel. This was a crime series more concerned with the persistence of heartbreak than the breaking of laws: Moss’s detective Robin Griffin is as much a victim as Tui, the missing girl; and Matt Mitcham, a gruff and murderous Scotsman introduced as a nominal villain, alternates his violent rages with bouts of Ecstasy-popping, mother-mourning self-flagellation. (It helps that Mitcham is played by veteran actor Peter Mullan in one of the finest performances of the year. He’s a blazingly charismatic blend of sex, danger, and alcohol, like Iggy Pop fermented in a Lagavulin still.)

Campion shoots her New Zealand setting as if it were Middle Earth: There’s a lake where the mountains should be, and no natural grass could ever be so green. But instead of dwarves, there are meth cooks underground, and menace and shame flit through the air like crebains. Everything is topsy-turvy: An unborn baby is called a “time bomb,” a gentle elder-care companion puts his fist through a wall. And encircling the investigation like a chattering of hens is a collective of scarred women camped out on a patch of land called Paradise. Male characters wander into their presence like clichés from another planet — strutting about like oversexed hyenas or clinging to their BlackBerrys like Adam with his fig leaf — and are quickly submerged in the often quite funny proclamations of Holly Hunter’s GJ, a soothsaying bullshitter (or the other way around)8 who sips soup and drops truth bombs on her adoring flock. “You must have some sort of timetable, some structure?” one uncomprehending husband demands, sounding not unlike a CBS viewer who hit the wrong button on his remote. “No timetable,” Hunter proudly snaps. “No structure.”

It’s as good a blueprint for a network as any, and one that could also be applied to Rectify, Sundance’s first wholly original drama series, which premiered this past Monday night.9 Writer and director Ray McKinnon (also an actor; he played Reverend Smith on Deadwood) initially intended this story of Daniel Holden, a man freed by DNA testing after 19 years on death row for a rape and murder he may or may not have committed, to be a film; in fact, with its moral ambiguity, its gauzy, Leica-lit shots of Southern summer air and obligatory wheezing cameo by a theater legend (Hal Holbrook, with too little to do), Rectify could have played in Park City in any of the last 20 years. This is not meant as faint praise: The two-hour pilot is assuredly cinematic and equal parts disconcerting and alluring, particularly when the truly brilliant Abigail Spencer (Don’s teacher fling in Mad Men Season 3), as Daniel’s free-spirited sister Amantha, shakes her unblinking brother like the hot wind through a Georgia oak.

But I’m awfully glad Rectify went to the Sundance Channel instead of the festival.10 This way it not only stands a chance to be seen by a bigger audience, it also has the benefit of transforming into a TV series, with all the potholes and possibilities that implies. There’s a noticeable dip in the opening minutes of the third hour — airing this coming Monday — as Daniel’s homecoming adjusts from inciting event into ongoing situation. This is a proudly slow show, but watching Aden Young, who plays Daniel as a sorrowful cross between Starman and an obelisk, rip into a pillow and toss feathers in the air isn’t nearly as weighty as McKinnon would like it to be. But soon enough Rectify‘s sense of place, as pervasive as kudzu, reasserts itself: While local officials conspire to put him back on trial, Daniel hides in the attic of his mother’s home, cranking old Cracker tapes and playing Sonic the Hedgehog. He’s a man out of time even while those around him fight to give him more.

And make no mistake: It’s those supporting characters that make Rectify worth watching. Spencer, gorgeous and crackling, is a revelation, but she’s matched in intensity by J. Smith-Cameron (Margaret) as Daniel and Amantha’s tightly wound mother, Janet. And Australian actress Adelaide Clemens brings a welcome sweetness and lack of judgment to Tawney, Daniel’s shy and religious stepsister-in-law. Clayne Crawford is also excellent and surprisingly nuanced as Teddy, Daniel’s good-ol’-boy stepbrother. He guffaws when greeting the family’s crusading Jewish attorney with a Blood of Christ joke, but makes ignorance seem like something close to bliss when Daniel monologues a horrifying story about prison rape to him on a golf course. Late in the show’s second hour, Daniel speaks of his life behind bars as one devoted to the “time between the seconds,” a phrase that makes more sense after spending a few hours in Rectify‘s subtle, unhurried embrace.

The Sundance Institute was founded on a platform of optimistic opposition: It would tell the stories other people wouldn’t, the stories audiences weren’t even sure they wanted to hear. (Also: eagles.) Over time, this hardened into a reactive, small-bore preachiness that could often feel as limiting as the studio machine Robert Redford once struggled to combat. The most promising part of the Sundance Channel’s new direction is that it seems poised, like Daniel Holden, to abandon a life of bookish defensiveness and start living for something instead. With its sibling AMC and its higher-minded competitors HBO and Showtime chasing bigger audiences and larger profits, scrappy Sundance has a chance to position itself not as some kind of alternative but as the first choice for the smaller projects left behind. It’s early, but so far it has chosen wisely. Let the eagle soar.