Kenny Powers Is F—ing Out 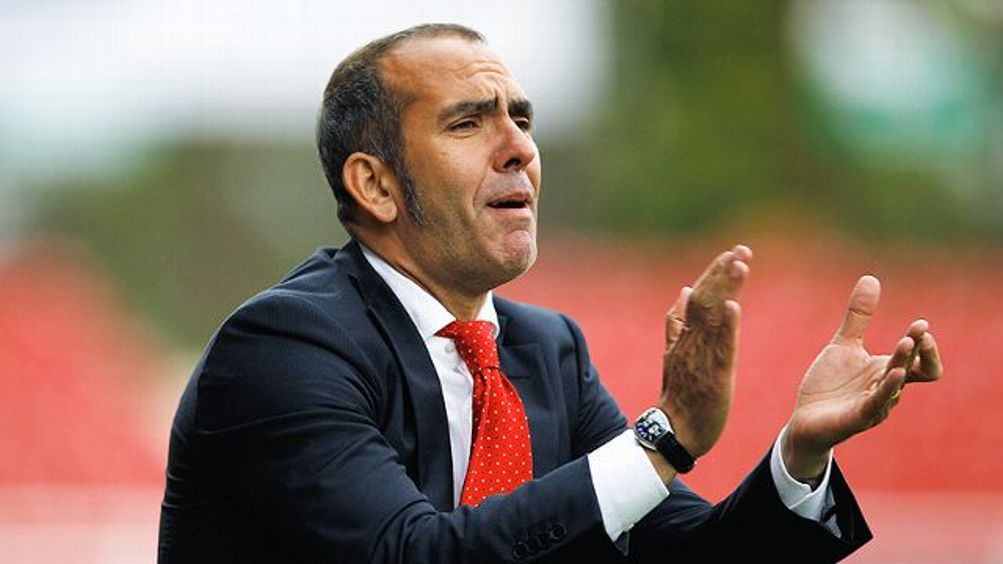 Insanity and fascism are two of Di Canio’s personal traits; this is not hard to substantiate. Fascism: “I am a fascist,” he declared in 2005, shortly after delivering a fascist salute to the fans of his then-club, S.S. Lazio, which is known for its fascist fan base.1 (He quickly added that he is “not a racist,” which, who knows, but fun choice of friends then, Paolo.) Insanity: Well, I could point to Di Canio being fired from Sunderland just 13 games in, after dramatically confronting a group of fans on the pitch; or to his being charged, per the Independent, with the “systematic destruction of the players’ self-esteem and self-worth”; or to his coaching philosophy, involving an ongoing “campaign of fear,” during which he berated and insulted his players, assistant coaches, and staff members more or less continuously, in public and in private, until “they couldn’t take any more,” according to a club source; or to his installation of a regime of bizarre rules, thereby inspiring one of my favorite soccer headlines of all time, “Sunderland manager Paolo Di Canio bans mobiles, ketchup, mayonnaise, ice in coke and singing”; or to his once doing this in front of several thousand people. But why stop there?

Here’s Di Canio as the manager of League Two side Swindon Town, getting into a fight with one of his own players:

Here’s Di Canio as a striker for Sheffield Wednesday, shoving down a referee:

Here’s Di Canio, still at West Ham, snatching the ball from his teammate Frank Lampard and demanding to take a penalty himself:

Here’s what Di Canio actually looked like while delivering his fascist salute at Lazio:

And yes, the definition of insanity is porous, and Italian politics is fatally complex, and one person’s crazy is another person’s etc. Here’s Di Canio’s Mussolini back tattoo:

I’m going to call that QED.

If you want to feel uncomfortable about your position as a sports fan in 2013, spend some time thinking about your reaction to those pictures and videos. To Di Canio’s whole story, really. If you’re anything like me, you found them disturbing, a little exciting, and otherwise just totally hilarious. This is essentially how we’re conditioned, through habit and the media and Twitter and the rest of what I guess you’d have to call the discourse, to read the cues of the Di Canio narrative. Political extremism in sports is disturbing (think of the fumes of untreated psychosis that used to hover around Marge Schott). Defiance of the conventional in sports is exciting (the way Ali talked; Joe Namath). Super-crazy personalities in sports are hilarious (Mike Tyson, Mario Balotelli, Metta World Peace, too many others to list).

Most of the time, these paradigms operate separately, or maybe two at once. In Di Canio’s case, they’re all on the go simultaneously, which makes the feeling he provokes a strange, inconsistent amalgam. It’s alarming when he flashes that salute, but it’s funny when he grabs the ball from Lampard … so maybe, you think, you’re misreading him; maybe it’s actually just comic ego-theater when he flashes the salute, or maybe the Lampard incident is the sign of a scarily violent temperament.2 When you think about Di Canio, your ingrained responses to sports stimuli start blending into one another in a way that’s hard to analyze. His firing has been a huge story in the world of the Premier League, burning up far more news-cycle oxygen than the sacking of a Sunderland manager would normally merit — and while some of that can be ascribed to Di Canio’s status as a onetime star player, a lot of it clearly has to do with the sheer difficulty of reconciling his persona’s contradictory aspects. He fascinates us because, beyond the broad outlines of a controversial, unbalanced figure, we don’t have a clue what to make of him.

And that difficulty throws a strange light on one of the prevailing tendencies of Tumblr-era sports fandom, which is that, a lot of the time, maybe most of the time, we treat athletes as fictional characters.3 Mario Balotelli is a person who is alive and who is currently registering sense perceptions and who has his own conception of himself and the universe. But he was a goof job at Manchester City, so we don’t talk about him with hesitation or sensitivity. We don’t, I’m sorry, worry about his feelings. We just spray exclamation points on Twitter and laugh about the latest thing he’s done, as though someone were scripting him for our entertainment.4 We turn his personality into an extension of the game itself — it becomes a consumer product we feel entitled to enjoy. Which is weird, morally, even if we’ve been tacitly encouraged to reach this point by years of marketing efforts to sell sports by selling a fantastically constructed and mediated emotional engagement with sports stars.

Anyway, with Balotelli, we can just about get away with this, because as nutty as he is, he’s a type. His character doesn’t cross a lot of lines. Di Canio, by contrast, keeps leaping borders into different roles — he’s a clown! No, he’s a drill sergeant! No, he’s a villain! — and thus drawing attention to the fact that, basically, within the context of an actual human life, these roles are total bullshit.

It would be possible here, and maybe interesting, to think about Di Canio’s childhood — not because childhood is always the key to personality, but because in his case it’s an unfamiliar angle. Di Canio grew up in a working-class district in Rome, the Quarticciolo, which had a history as a catchall for poor immigrants from the south and refugees from Mussolini’s demolition sites in Rome. During the German occupation of Rome during World War II, it was a base for resistance fighters. So politically the territory was, if anything, leftist; the people were fans of Roma, the left-wing Roman soccer club, not Lazio, the right-wing equivalent. Di Canio was a fat kid. He was clumsy. He wore orthopedic shoes. Can’t you think back through this history and see how Di Canio might have started to feel like he was fighting the whole world? How living in this neighborhood full of tough guys and ghosts from the war, standing up to the same bullies every day, not fitting in, would have made him want to conquer on his own terms? Fascism would have been the most dramatic way of appearing to reject his environment while actually internalizing its lessons, which were psychological rather than political:5 You have no ally but your own strength. You never back down from a fight. You go at the world with all the fury you can muster. Even the extreme right’s cornpone invocations of will and physical perfectibility — all those god-awful sculptures — must have resonated for a kid who was struggling to overcome the limitations of his own body.6

Couldn’t that basic drive explain everything in Di Canio’s career? Whatever he learned to do or say in order to be employable as a soccer player, whatever lip service he learned to pay to teamwork, there are deeper lessons that surface during moments of crisis. Of course you take the ball from Lampard — you have to be the one to take the penalty; you have to be the one to do everything. Of course you attack your own player — he pushed you. If a referee disrespects you and everyone’s fighting and you’re losing your mind, of course you flash back to the Quarticciolo and knock him down.7 And if you’re finally playing for Lazio, the club you embraced as a boy in defiance of your whole neighborhood, and you score, and thousands of fans are screaming your name, of course you rush toward the Irriducibili and give the straight-arm salute — because you’re not even thinking about political tenets; it’s a code, it’s a mark of identity. It’s a way of speaking the same language as someone else. You’ve spent your life transforming yourself and now you’ve transformed yourself. You’ve finally found a place where you belong.

Well, maybe. The thing about the last two paragraphs is that I’m trying to think sympathetically about Di Canio, but in doing so, I’m only building another fictional character. It’s one that feels truer to me than the causeless-bane-of-goodness Di Canio or the causeless-font-of-absurdity Di Canio I keep reading about, but I have no idea what goes on inside his mind. I’m pretty sure that if I met him in real life, I would loathe him as a raving martinet. But what can you do with someone like Di Canio? Someone who has gone through his whole life as a sort of comet of trauma, hurting and being hurt? Maybe you’re capable of sympathizing with him, maybe you’re not. Either way, about whom does your response say more, him or you?