DIVAWATCH: And I Am Telling You, I Will Always Love You 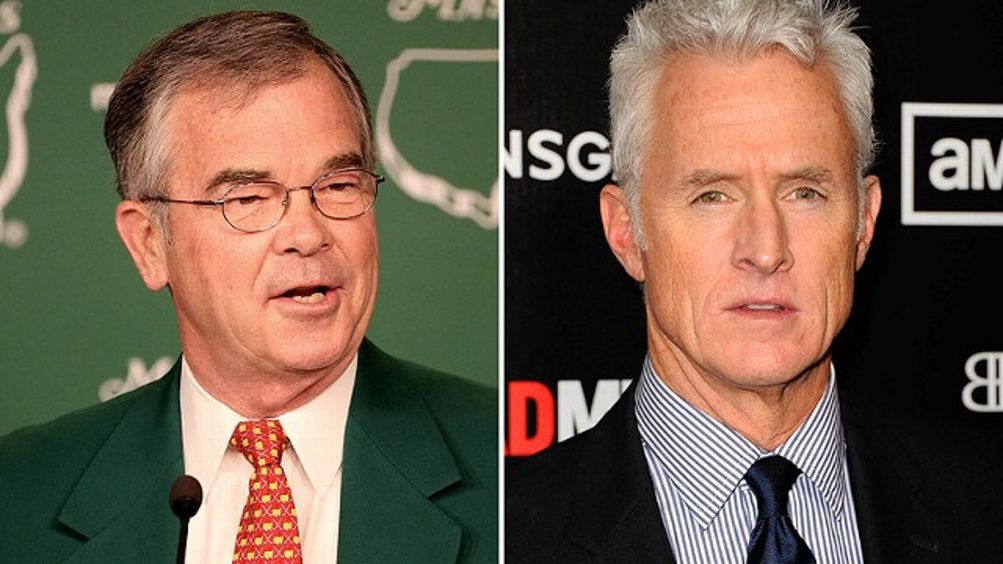 The America of Mad Men was shrinking before the first episode even ended. Don slinks off for a quick bit of Greenwich Village mind-set tourism, and the seamy brown beat world of Midge’s walk-up shows the creeping border beyond which the America Don inhabits is starting to disappear. Don, we quickly realize, is drawn to this border, and drawn to women who represent this border. He’s drawn to them on that basis and (almost) nothing else. He spends three seasons charting, through his affairs, the erosion of the clubby, genteel, white, main line culture his whole earlier life has been about gaining admission into. What makes him unique among his clubby, genteel, white, main line peers is precisely the fact that he fantasizes about crossing the border and taking up residence in whatever the new weird America might turn out to be — Frank O’Hara in hand, pot smoke hovering over the middle distance. Finally, though, he never visits the edge except as a tourist, and by the fourth season, the border has receded to the point that he’s sleeping with secretaries and threatening to wink out of existence.

From a sociocultural perspective, we all know how Mad Men ends. The old America keeps shrinking, dwindling down to a few scattered blotches on the map — a couple of counties in Connecticut, maybe parts of the Upper East Side, chunks of the South. What people mean when they say “America” eventually becomes what Don saw as something else. There’s a point, call it 1972, beyond which the series couldn’t meaningfully progress without a major change of theme. It would just be Roger Sterling stranded on an ice floe, ozone polar-bear style, not even drinking Canadian Club because who the fuck drank Canadian Club in 1972?1 Heinz may be on your side; time isn’t.

What would happen, though, if Mad Men kept going indefinitely? If it just kept charting the slow disintegration of Betty Francis’s universe, year after year, decade after decade, on into what we think of as the modern world? A couple of days ago I was listening while Jim Nantz crooned something warm about azaleas2 and it hit me that the Masters is essentially Mad Men, Season 51 — that practically the entire remaining Draperverse is now concentrated on one Georgia golf course, four days a year.3 For those four days, the old cornball patriarchy once again gets to pretend that its lawn is the entire country, and everything else — women, Pepsi, not being ambiguously racist — is part of some beatnik unreality on the wrong side of the border. Riots, you say? Oh, it’s terrible, and of course the police have hardly been any help.4

If a randy 80-something Don Draper were looking to get laid in the 21st century, he’d find himself moodily attracted to a raven-haired lady columnist who’d written an op-ed supporting allowing women members at Augusta. They’d meet at her place, order Indian food, and make slow, sad love to the gentle strains of Top Chef in the background. Don would lie beside her while she slept, watching the green light of her cable modem flickering off the fur of her labradoodle, and the next day, striding among the familiar sun-dappled lawn under the Big Oak Tree, the whole thing would seem like a gloomy, bewildering dream. The golf course, he’d think. The golf course made sense. The careful plan of the fairways, the pimento cheese sandwiches, the creek. This was order, civilization, tradition. A place where a man commanded respect. The kids would never understand this. They were in some other world, frightening but obscurely thrilling, where waiters went by their first names and you pressed elevator buttons yourself. You could visit that world; maybe you even had to. But you’d always come back to the golf course.

As a way to understand the culture of the Masters, this isn’t especially interesting. The conservatism of the tournament and its peach-polo-shirt-wearing congregants is old, and at this point kind of silly-seeming, news. (The Masters is a shrine to privilege? You don’t say.) Where it gets a little more interesting is as a matter of how we think about, and talk about, the tournament. Why is something so clearly redolent of a past no one seriously wants to go back to capable of inspiring so much goofy affection? Relatedly, why does Jim Nantz narrate the Masters as if he’s already nostalgic for the things he’s describing, even while they’re taking place?

No one wants to go back to the America of Mad Men, but a lot of people want to go to the costume party.

Of all the reasons people watch Mad Men, the nostalgia factor has always been the most problematic. For a series that, design aesthetics aside, doesn’t see a lot to love about the era it depicts, Mad Men has been a weirdly hypnotic cultural force. And the show’s strongest influence has been on precisely the class of people that it most harshly criticizes.5 Mad Men‘s affluent, educated, largely white core audience seems to have a peculiarly divided response to the show’s critique of the sixties: “How horrible that Pete Campbell raped the neighbor’s au pair. Now let’s dress like him!” No one wants to go back to the America of Mad Men, but a lot of people want to go to the costume party.

Well, OK. You always fantasize about what’s right on the other side of the cultural edge, not necessarily because you approve of it. Don Draper saw the future and seduced a hippie schoolteacher; we saw the past and bought a Banana Republic tie. The Masters, unlike Mad Men, will never seem cool,6 but it’s beautiful in its own way, and the fantasy element is essentially the same — people cozying up to an imagined privilege that they can simultaneously congratulate themselves for doing without.

The other factor here, of course, is that the past is always safe, and thus is always a palatable metaphor for the present. Probably my favorite scene in Mad Men is the little aside in Season 3 when Sally Draper reads to Grandpa Gene out of The Decline and Fall of the Roman Empire. It’s the most openly self-explanatory moment in the series,7 a member of the younger generation (Sally, Matthew Weiner) telling the story of the collapse of an older era (imperial Rome, the social hierarchy of postwar America) to an audience whose real concern is the potential collapse of the current one (Grandpa Gene, us). It’s obviously not the case that the Masters is a symbol of American decline. But there’s something about the way the tournament functions as a zoo exhibit of twentieth-century prosperity — that’s harsh, but compare the way Nantz purrs about the magic of the pines to the way David Attenborough rhapsodizes about elephant seals — that suggests, at the very least, a smothered anxiety about what’s happened to that prosperity and the confidence that went with it. In other words, if The Decline and Fall of the Roman Empire is the Mad Men of eighteenth-century history books, the Masters could well be The Decline and Fall of the Roman Empire of golf tournaments.