The Certain and Uncertain Future of Poker

Twilight of the Dinosaurs 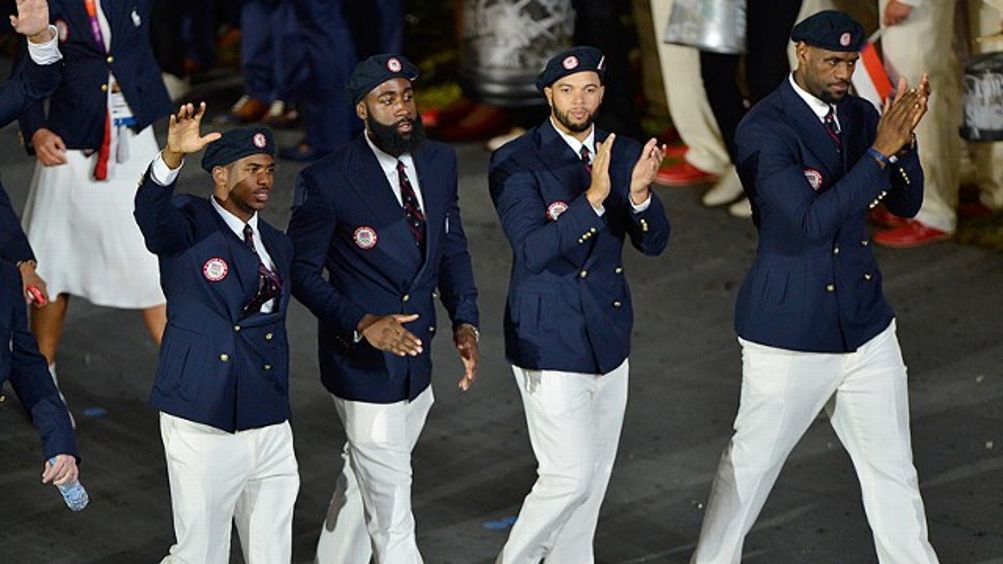 I had dinner a few nights ago with a friend who did that thing people tend to do when they want you to think they’re too good or too cool OR too addicted to catching up with [insert overrated cable series here] to realize the Olympics are on: “They are?” An hour later she was in my living room doing something else those people tend to do: wiping her eyes with her shirt. NBC’s coverage might be totally tape-delayed, but the tears those gauzy, “She drove 10 hours a day to train for … this … moment” packages produce are always on time. My friend then went from senile to sobbing to incensed. Not only did she hate the American athletes’ opening ceremony Ralph Lauren uniforms (these people always seem to have watched hours more of NBC than you have), she appeared to be one of those people who had never examined the labels of her own clothing and was also mad that the uniforms were made in China.

Ah, those uniforms: navy-blue blazers (double-breasted for men) with gold buttons; white pants and skirts, shoes, and shirt; some sort of neck adornment (for the ladies, the sort of busy, patriotic scarf a man thinks a woman would want to wear that no woman would); a Team USA patch and the Ralph Lauren logo on either breast; and a blue beret with a single red stripe and a single white one. Their alleged Chinese-factory provenance is a talking point in a recession-bound election year (for what it’s worth, the Chinese team, like Cuba and Nicaragua and the Netherlands, came dressed like flight attendants). But too few people were mad that Lauren’s uniforms revealed to the world that Epcot Center has a scouting program.

On some athletes, these clothes kind of broke your heart. In that beret, both James Harden — who’s still wedded to a playoff beard that’s apparently holding out for Barry White’s barber — and Chris Paul looked like they were on their way to a Rushmore costume party. And LeBron James is officially so out there, from a style standpoint, that as perfectly tailored as his pants and blazer were he still looked like a student on his first day at Andre 3000 Prep.

There were also the six folks from Liechtenstein walking into England’s Olympic stadium in jeans, dark sport coats, plaid shirts, and great dark sneakers. We were told the reason many athletes, including Ryan Lochte and Michael Phelps, didn’t walk alongside their fellow Olympians was because they were competing the following day, and because the opening ceremony program requires many hours of standing around and that not even a fully charged iPod and a pair of Beats By Dre headphones can make that tolerable. The men and women of Liechtenstein looked like they spent their five hours folding returns at J.Crew.

Still, very little could top — or bottom, really — the galoshes that the athletes from the Czech Republic wore. It might have been a preemptive strike against the soggy weather report, but even if I’m 5 percent right about that, it’s 5 percent too much.

Y ou could blame the potential for overall trippiness on Danny Boyle’s British-history kitchen-sink kick-off show. Basically, it amounted to “It was the best of times, the worst of times, and the only interesting Kate Bush video in about 20 years.” Boyle made it rain Mary Poppins. He put LEDs in kids’ bed sheets. He made real nurses and doctors dance. He threw the Queen’s stunt double from a chopper. This wasn’t always true of Boyle, but he has now found a characteristic style that’s Olympic in itself — the kinetic camerawork, for instance, is trying to beat Usain Bolt. His imagination is more cinematic than theatrical — the filmed bits were livelier than the stadium stuff, which, until the cheesy but racially cool texting-teens number, had a narcotic whiff of Terry Gilliam that might have left you picking seeds from your mouth.1 In either format, Boyle is a full-blown overloadist now, and by the time track and field starts this weekend, maybe the Games will have overloaded, too.

Already, they’re off to a fine start. Take Tony Azevedo. On Sunday after a narrow defeat of Montenegro, Azevedo, of the American water polo team, conducted his post-match interview in a USA-branded terry cloth robe that he didn’t bother to belt. He just stood there with his chest and torso aimed at the camera and the robe’s hood on. He looked like a man whose aprés-swim tinnitus is “Let’s Get It On.” When the hockey analyst Pierre McGuire told Azevedo to “have fun with it,” he was talking about the team’s next opponent — but it was just as easy to imagine that he meant Azevedo’s performance in Magic Mike 2.

Sunday night, the acutely enthusiastic beach volleyball team of Jen Kessy and April Ross played in 59-degree temperatures in bikini bottoms, but they wore long sleeves over their tops. In England, even the weather is obsessed with decency. The Americans’ opponents, the Argentines Ana Gallay and Maria Virginia Zonta, were the first Argentine women to play Olympic beach volleyball. They weren’t going to ruin their debut playing in warm-ups. Bikinis for them — in blue. They were often overmatched, but never overdressed. About that beachwear, the American beach volleyball star Kerri Walsh Jennings told an unashamed John McEnroe for NBC that she, her partner Misty May-Treanor, and all female beach volleyballers wear bikinis for a reason. “We love that our sport is sexy, but our suits are our equipment. The human body movement in itself is sexy. We don’t need to go and be trashy, and we haven’t even gotten close to that.” It doesn’t appear they’ll even get close to close. When they beat a team from Czech Republic Monday night, they were covered in Spandex.

There was nothing the weather could do about Ryan Lochte. He accepted his first gold medal of these Olympic games with a diamond-dusted grill on his teeth. The only suitable punishment is a comedy in which he helps Lil Wayne into a Speedo and teaches him to swim. It’s called Freestyle — and will most likely air as a three-second aside on 30 Rock. In a taped, pre-swim interview for NBC, Lochte walked McEnroe through his closet. The dozens of sneakers and jeans and the jewelry case were meant as a warning to anyone who hasn’t seen him wear a grill on a podium before. Of course, Lochte had to settle for wearing his off the podium. A London Olympics official allegedly told him that the grill would cost him his medal. The ban on color has been lifted at Wimbledon, but the decorum police are still out there.

The trouble with, say, Lochte’s grill is there’s nothing natural about it. He often has to explain to people what it is. Presumably, the assumption is that he’s wearing very expensive braces. That’s why, during these Games, when you see something effortless, you want to see it again and again. You want everyone to try it. But not everyone can be Louis Smith, the British gymnast, who trimmed his goatee to svelte, shaved the sides of his head, and sculpted what was left on top into a kind of half-loaf of gingerbread. Maybe Prince could have done it better. Or Salvador Dalí. But perhaps not. Smith helped the men to win a shock bronze. The hair deserves a recipe in Cook’s Illustrated.