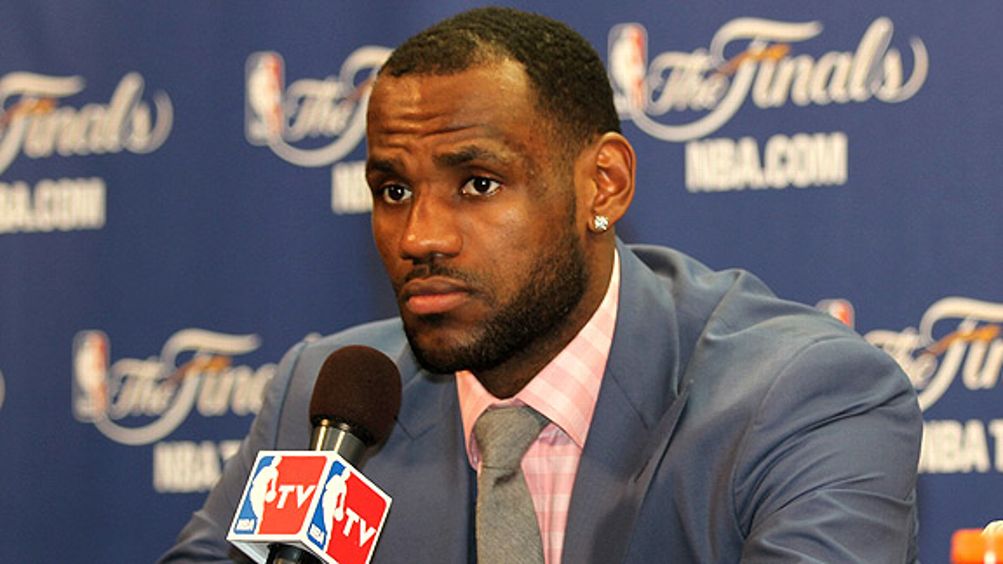 Tracy Morgan, Anthony Weiner and “King” James are giving the apology business a bad name. I mean, c’mon — these guys have done nothing more than be themselves, and all of a sudden they’re running around their respective home turfs pleading forgiveness, “explaining” away their “mistakes,” and fattening the pockets of advisors, lawyers, and press aides who failed to change their behavior in the first place. I liked it better when the likes of Eldridge Cleaver, Watergate felon Charles Colson, and Larry Flynt found God and merely paraded into court with a New or Old Testament, depending upon whatever brand their motel chains were carrying at the time.

“Apologizing” has become a different and speedier tactic since social media married Political Correctness. Morgan, a comedian, who I personally think is very funny, went on and on “spewing” (that’s the end-all synonym for “hatred” ) homophobic jokes as part of his routine. He threatened to kill his own son if he ever found out the kid was a “(bad word that begins with an F).” I don’t know him, but my gut says he wouldn’t have made good on the promise. He did this in Tennessee, a fairly progressive Southern state, except when it comes to Creation. Gay rights groups, Tina Fey — his best-selling author/costar on 30 Rock — NBC, and of course the show’s sponsors (it’s always the sponsors) came down on him. Sponsors have successfully intimidated SNL and NBC for years. Take a bow Jerry Falwell and all the other deceased right-wing evangelical TV stars of the past.

After his initial apology, Tracy, much like the satirical Don Imus, had to continue to eat dirt (sort of ironic, wouldn’t you say?). He’s going on a supereducational tour with gay, lesbian, bisexual, transgender, and transsexual groups. There, he will learn we are all the same. If somebody isn’t filming this, then maybe the one group of guys who really does owe everybody an apology had it right and there are WMDs in Iraq. But I doubt it.

Anyway, the “Tracy tour” is a money-maker, but not for him. His advisors, fearful booking dates will erode (some truth to that), are having the brazen comic (sans both testicles) run across the country imitating the actor who used to be known as Kramer. Five years ago, Michael Richards never recovered from his own humiliating “Apology Tour” after he spewed the N-word. He was appropriately chastised, but poorly advised by his pal Jerry Seinfeld who told him to hire a self-promoting New York “crisis manager.” Kramer sought forgiveness and understanding from rival hype artists Jesse Jackson and Al Sharpton. He received a Double Papal Public Reprieve. Unfortunately for Kramer, his “Tour Apologia” was so transparent that offers haven’t exactly been pouring in since. Thank god for syndication and golf. The point is, if you feel as if you messed up, then just say, “I’m sorry” once and shut up. Go out, hang your head high, lunch at Michael’s with Bill Clinton or Bono or Gina Gershon and tell your handlers to work harder. That is if indeed what you did was just “mess up.” (Schwarzenegger doesn’t fit into that category. Roger Clemens and Bozo Bonds do).

If you “screwed up,” as in the case of the New York Congressperson Anthony Weiner, you’re a dead duck from second one. Nobody but his godfather and mentor Chuck Schumer has ever liked this guy. I’m disappointed to say he is the rep from my old neighborhood, Brighton beach/Coney Island. He is a loudmouth liar who was unable to “hear” the President, Nancy Pelosi, and 433 of his remaining colleagues. He received the support of Charlie Rangel, which, of course, needs to be a vignette in the Tracy Morgan film and tour.1

Weiner and King James both suffer from ESPN (Extraordinary Sanctimonious Pompous Narcissistic) Syndrome. The halls of Congress are in a way quite similar to an NBA locker room: An outsider can actually feel that everybody else exists to serve the “special people,” be they elected or signed via free agency. Once you get there, you ain’t leaving so quickly. And, with press people, appointment secretaries, personal assistants, business managers, lawyers, and “Spolestras” to serve your every whim, it’s easy to buy into the illusion — there is a monarchy in America. Weiner was a prince, LeBron a very young king.

The facts, though, are different. Weiner was and is a nerdy, scrawny, overly ambitious know-it-all loudmouth. He was the type of kid who would have been kicked off his Schwinn as he pedaled to the roller hockey rink — every day. LeBron, a gifted child prodigy, was sheltered and exploited from the moment he put on his first AAU jersey. It is perfectly understandable that, upon turning 18, receiving millions, he turned to his boyhood chums to manage his every off-court move. Grow up kid and get rid of em all today — unless you have become a complete adherent to the “Church of 135 Mistakes” that has been festered upon you time after time. Stop partying with the guys and watch film of Kobe, Sam Jones, Bird, West, MJ, and Reggie to get a little of that “assassin” in you. If that doesn’t work, visit the Cardiac Transplant Department at Johns Hopkins. Stop tweeting and apologizing and talking, and resign immediately from the postgame Abbott and Costello fashion show/press conferences with D-Wade. I get it. I know they are designed so that neither of you actually tells the truth about the other, but it’s another lame idea and making you an even larger target. Your courage is now in question. A champion stands by him/herself.

The King has now explained and apologized for his Leona Helmsley-like putdown of the “everyman” — the working class person who actually pays taxes and relishes his/her two weeks’ vacation. Now, even the bums who surround him: hometown guys, race-hustling marketing gurus in New York, super-duper lookalike L.A. talent agents and Worldwide Wes Himself, didn’t actually tell the man-child king to knock the little people of America prior to his taking the podium. Even they aren’t that naïve, I think. But what they are guilty of is sharing their own deluded view of the world with him day after day, year after year. “They’re just haters.” (Ha.) “They’ve gotta get up at 6 a.m. to go to work.” (Ha.) “You’re the king.” (Ha.) This group isn’t really businessmen, but immature, inexperienced salesmen who know a good thing when they smell it, which is exactly why one ends up apologizing for a living.

Dan Klores is a playwright and filmmaker. His new play, “The Wood,” about the newspaper columnist Mike McAlary, opens in September at the Rattlestick Theater in New York.