The Beauty of Black Friday 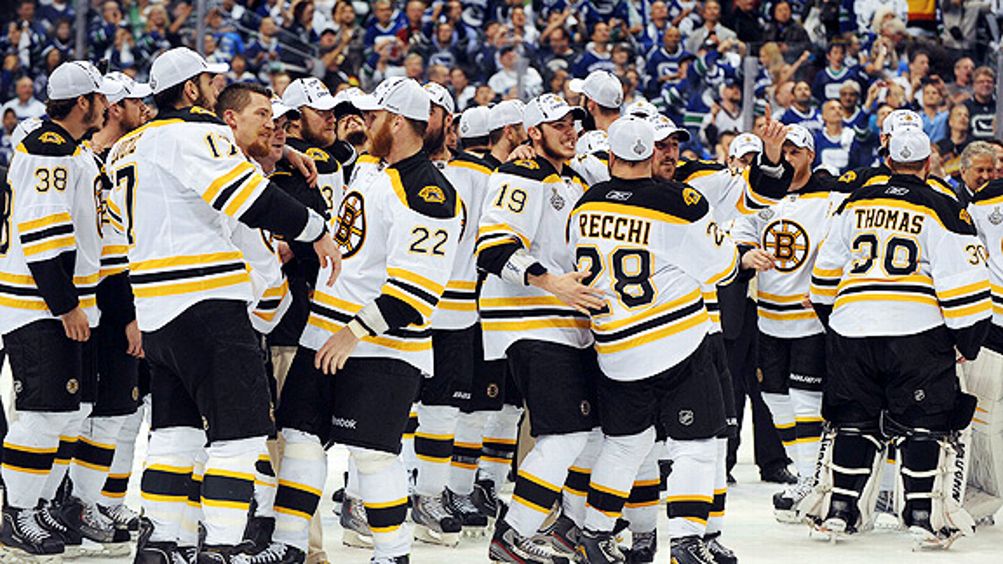 Hockey fans in Boston — those not in some kind of traction this morning, having been jostled off that city’s overcrowded bandwagon — might believe they know happiness. They’re wrong. They know only a form of happiness, just as Red Sox fans knew only a form of sadness when they were mostly horrible for 86 years.

Oh, you’re going to bleat and bellow and ball up your tiny fists: BOSTON IS THE GREATEST SPORTS CITY IN THE HISTORY OF CIVILIZATION! WE’VE SUFFERED AND CELEBRATED LIKE NO OTHER!

But you still don’t know what Canadian hockey fans know.

Here’s a handy chart that illustrates our passion for our game.

It documents the water usage (read: toilet flushes) in Edmonton, Alberta, during the gold-medal hockey game at the Vancouver Olympics — when, you might remember, because we will remember it forever, Sidney Crosby scored in overtime to beat the Americans and save our national psyche.

There were reports that 80 percent of the country saw that goal. Had Canada lost that game … well, it’s too terrible to contemplate. The rule of law would have been abandoned. There would have been breadlines on the streets. Birds would have fallen out of the sky like leaves. People would have kept themselves warm by cutting open other less fortunate people and crawling inside them.

Last night, last night wasn’t quite as significant. It wasn’t so obviously a question of national pride. This was Vancouver’s title to win or lose. Plenty of Canadians would have been rooting for Boston last night because, contrary to international opinion, we have our fair share of assholes up here, too.

But many millions more of us watched with a sick feeling in our collective stomach, because we’re passionate and insecure and hopeful and needy like that. I’m not a Canucks fan, really — there have been more likeable collections of hockey players — but I’m a fan of Vancouver, that strange, ever-changing city of glass on the ocean. I have many friends from there, and last night, as the clock ticked down on their highest hopes, I thought of Renn and Jeremy and David and Ed, and my chest hurt along with theirs. I’m sorry, boys.

It’s just been so long.

The Montreal Canadiens beat the Los Angeles Kings in 1993. The city rioted in celebration. Nobody knew then. Nobody knew what was coming.

The next season, Vancouver lost in an excruciating seven games to the New York Rangers. There was a riot, then, too. It had a different feel to it.

Then, into the void. Canada didn’t come close, year after summerless year, unless you count the two Stanley Cups won by the Colorado Avalanche, the team that used to be — and should still be — the Quebec Nordiques.

Worse than that drought, though, were the three successive Stanley Cup finals between 2004 and 2007, interrupted only by that merciful lockout. Three American teams that hardly anybody cares about, sunbelt teams, carpetbagger teams, Gary “The Ghoul” Bettman teams — the Tampa Bay Lightning, the Carolina Hurricanes, and the Anaheim Ducks — beat the Calgary Flames (in seven), the Edmonton Oilers (in seven), and the Ottawa Senators (in five).

And now it’s Boston’s turn to win, again over Canada, again in seven.

There’s no silver lining. At least this time it’s the Boston Bruins who skated over our hearts — a real team, a team from a city where ice occasionally forms in nature — but that really doesn’t make it any better. Last night happened. It happened, and it was stupidly violent and awful, and it will be one of those nights that lives for a long time up here.

It will live until we finally win again. Winning might not feel possible this broken-glass morning; it might feel as though Tim Thomas will be smiling at us through our television screens forever. But it must happen, even if it’s not for another 86 years. Some year, however distant from now, the Cup will be ours again. And however happy Boston felt last night, however happy that city feels this morning, we’ll feel that a thousand times more, and we’ll feel it together.

Chris Jones is a Writer at Large for Esquire; he covers the American League East for Grantland and is likely very hung-over this morning. You can find him on Twitter at @MySecondEmpire.