How the Tigers Could Win the World Series

How to Make a Monster 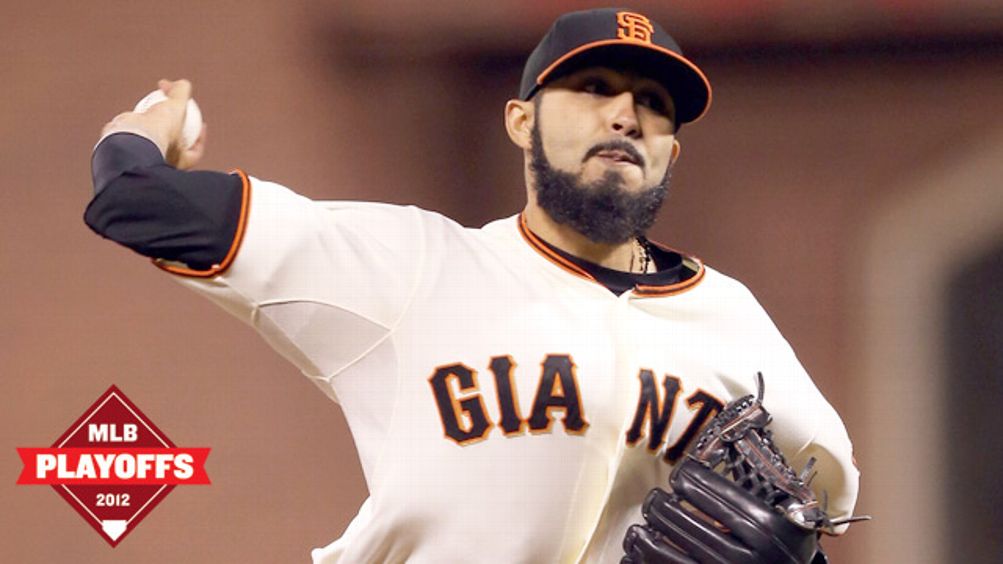 Editor’s note: Before the World Series, Grantland assigned separate stories to its two lead baseball writers, Jonah Keri and Rany Jazayerli. Jonah was assigned to argue that the Giants would win the World Series, and Rany that the Tigers would win. Each piece explains how those outcomes could come about. At the same time, Jonah participated in a survey at ESPN.com that asked for his objective opinion on who would win, and his response there was that the Tigers would win in five games. This story explains how the Giants can win the World Series, even if Jonah believes the Tigers have a better chance of becoming MLB champions. We apologize for any confusion created by this situation.

They just became only the 12th team in major league history to come back from a 3-1 series deficit and win a seven-game playoff series. They have the league’s most valuable player (if not necessarily the Most Valuable Player). They have pitching and defense, a savvy manager, and a track record of recent postseason success. Yet in Vegas and by conventional wisdom, the San Francisco Giants are regarded as huge underdogs to win the World Series. Which is odd, because they’re about to win their second championship in three years.

The Giants are making a mistake by not activating Melky Cabrera, whose 50-game suspension for testing positive for testosterone expired after the Division Series, for the World Series. Even with so much time off and no minor league game action with which to get his timing back, it wouldn’t be a stretch to expect more out of Cabrera than, say, Aubrey Huff as a DH in the AL park.

Still, there’s enough here for the Giants to jump into a dogpile at series’ end … for the following five reasons.

1. In any battle of bullpens, the Giants have the edge.

The aggregate regular-season numbers don’t reflect that gap, but what we’ve seen in the postseason does. Jose Valverde hasn’t pitched since getting shelled in Game 1 of the ALCS. The idea that baseball only has a certain number of Capital-C Closers who can handle the closer’s job is a bit overblown, and Phil Coke has done an excellent job since sliding into Valverde’s spot. But Coke getting bumped to the ninth has thinned the rest of the pen, making it more vulnerable if the Giants can knock a starter out early or take a game to extra innings.

More than the Tigers’ potential shortcoming, it’s the Giants’ strength in relief that stands out. Jeremy Affeldt is the rare left-hander who can retire hitters from both sides and also throw multiple innings. Sergio Romo is every bit as dominant as Brian Wilson was in the closer role, with one of the best sliders on the planet. But in many ways, the perfect avatars for this bullpen are Santiago Casilla and Javier Lopez. Both pitchers crush same-handed hitters and both can be absolute piñatas against hitters from the opposite side. That’s where Bruce Bochy comes in. The Giants manager has done an excellent job of putting the right pitchers in the game at the right time, including having Casilla and Lopez face righties and lefties, respectively. Between Miguel Cabrera, Prince Fielder, and Austin Jackson, the Tigers have three great hitters who can swing a game at any given moment. But it’s safe to say that in late-inning, high-leverage situations, none of the three will get an easy matchup. That’s a function of having lots of good pitching options and someone who knows how to use them.

2. The Giants catch the ball a lot better.

We talked about the Giants’ sizable defensive edge over the Cardinals in the NLCS. Thing is, the Giants have an even bigger advantage over the Tigers, who ranked among the five worst defensive teams in baseball by multiple advanced metrics.

On San Francisco’s side, Brandon Crawford has developed into one of the best shortstops in the game, Gregor Blanco is one of the league’s rangiest left fielders, and Buster Posey’s deserved awards this year stem from his defense as well as his big bat. Meanwhile, the Tigers did improve at second base with the acquisition of Omar Infante at the deadline. But they remain highly vulnerable at the corners, where Cabrera and Fielder are … let’s just say they’re getting paid to hit. The shocker came more recently, when Jim Leyland said Delmon Young will play left field in every game at AT&T Park. In doing so, Leyland decided that a couple of big playoff rounds from Young negated his below-average offense throughout the rest of his career, as well as his glacial baserunning, and especially his horrific defense. Young takes bad routes to balls, has no range, and doesn’t throw well, either. This could get ugly.

3. The starting rotation has been strong, and it’s not just Matt Cain.

We now have two years of evidence that Ryan Vogelsong is actually a good-to-very-good pitcher. He was nearly unhittable against the National League’s second-best offense last round, ceding just two runs on eight hits, striking out 13, and walking just three over two starts covering 14 innings. He’s been throwing harder in the playoffs than he did in the regular season, showing a rising fastball that ate up quality right-handed hitters like Allen Craig and David Freese in the NLCS.

Even those numbers weren’t as good as the ones put up by Barry Zito, who fired 7⅔ shutout innings in his most recent start. Zito might seem hugely overmatched by Justin Verlander in Game 1 and an if-necessary Game 5. But here’s a fun fact about the Tigers: They don’t hit for much power against lefties, racking up a .395 slugging average against southpaws that ranked just ninth among AL teams and hitting fewer homers against left-handers than any other AL team except the Indians. The left-handed Zito has a chance to shock the world again, starting tonight.

4. The Giants run a lot better.

They were the ninth-best baserunning team in the big leagues per FanGraphs, vs. 26th for the plodding Tigers. On base stealing it’s San Francisco by a mile, too, with the Giants stealing twice as many bags as the Tigers did this year. Having the big speed edge will give the Giants a chance to manufacture runs that the Tigers cannot.

5. The Giants’ high-contact hitting style could fare well against the Tigers’ starters.

Only Phillies starters posted a better strikeout-to-walk ratio than did the Tigers this year. Only four other teams’ starters walked fewer batters than did Detroit’s. But the third inning of the NLCS’s Game 7 showed that the Giants can attack pitchers early in the count as the situation warrants, and make solid contact, too; Marco Scutaro led off that inning with a first-pitch, opposite-field single, Pablo Sandoval followed with a first-pitch, opposite-field double, and Hunter Pence turned Joe Kelly’s first pitch into … it’s hard to say what this was exactly, but three runs scored on the play, breaking the game wide open and effectively punching the Giants’ ticket to the World Series.

The Giants were the fourth-best team in baseball at making contact this year (81.4 percent), and that’s with Scutaro (MLB-leading 95.4 percent contact rate) only coming over at the deadline. Verlander and Max Scherzer are two of the best strikeout pitchers in the majors, which puts most teams at a major disadvantage. But the Giants are better equipped than just about anyone else to avoid two-strike counts, put the ball in play, and challenge Detroit’s porous defense.