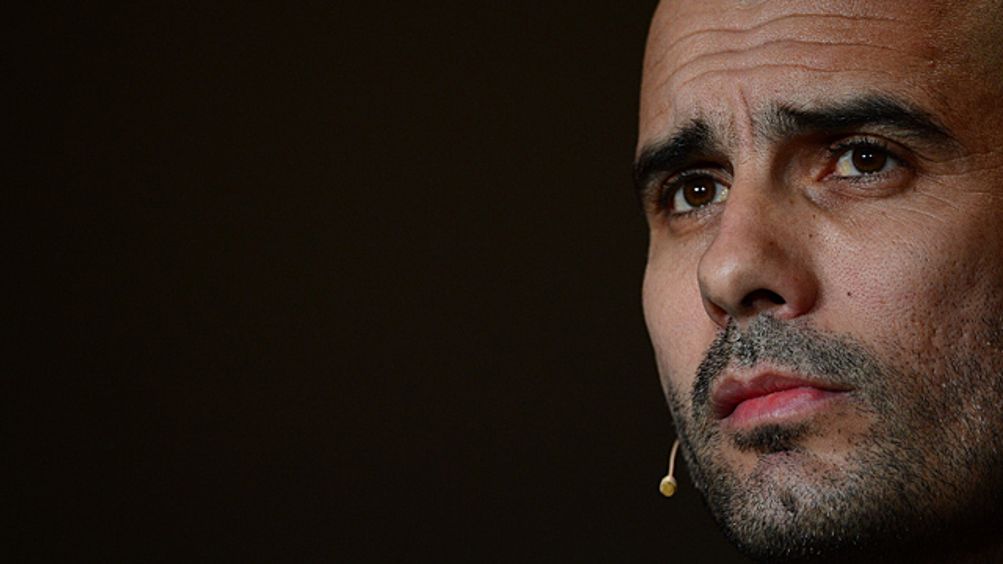 Now and then I say to myself that time is the wind that blows the seeds of a dandelion. We begin in one place, in a golden flower, but the months and years carry us where they will. Perhaps we land in the sidewalk crack beneath the giant poster for Iron Man 3 near the bench where I am sitting in Manhattan, across from the Qdoba, in the sun, where we put down new roots and flourish. Or perhaps we are blown into an industrial intake fan and chopped into 500 pieces.

Wenger, Xavi — Wenger never understood this. Wenger knew that football could be beautiful, but he saw time, always, as a straight road leading toward a destination. Toward a goal, toward a championship, toward the coat shop where he could buy an even larger winter parka. Everything, to him, must always become better. Faster. Puffier. The 16-year-olds must always grow up. When that is your outlook, you will find that time surprises you in some very unpleasant ways. The 16-year-olds do not always become what you imagine. And sometimes in this world of ours, my friend, a man must simply be cold.

I am sending you this e-mail, Xavi, because I have been watching these past two weeks. I have seen Barcelona, which is your club and which was once my club, lose 7-0 on aggregate to FC Bayern Munich in the semifinals of the Champions League. As you know, Xavi, I will begin to coach FC Bayern Munich next season. I have already commissioned several sober but slim-fitting new suits to wear on the sideline as I manage the club that has upstaged and humiliated you. And since time has blown us to this juncture from the golden flower we once shared, I thought we might exchange a word before the breeze takes us up once more.

I have heard many commentators say that the loss that Bayern inflicted upon you represents “a changing of the guard.” My tailor, Christoforos, portrayed it this way. “Eh, Pep,” he said, limping toward me with a scissors in his strong, gnarled hand (he is 107 years old). “You choose good time get out. Barça was best! Barça was top for some years. Now, fip fip. Bayern is best. The guard, you see? She has changed.” And perhaps he is right. But I have been to Buckingham Palace, Xavi, did you know that? And I have watched the Englishmen with their short-waisted red coats and tall black hats change places. And it … it was not at all like what FC Bayern Munich did to you and Barça. It was … peaceful. The dignity of both guards remained intact. One of the guards was not lying on the ground, weeping into a pool of his own vomit. The other guard was not making the face that I can only describe by saying it is Arjen Robben’s face. Each guard did his job well. Between them, there was respect.

I have not seen Iron Man 3, Xavi, so I cannot say what is the fate of a man who encases himself in armor. On one of my walks through New York City, however, I saw a group of boys throw a turtle off the top of an overpass. They wanted to see what the creature inside the shell looked like. There was wind that day, but … a turtle is not like a dandelion seed, Xavi. A turtle does not float on the currents of time. A turtle drops straight down onto the windshield of a passing Jeep Liberty, causing a terrifying accident. :(

This, my friend, and not a simple changing of the guard, was what I thought of as I watched my old club surrender three goals Wednesday at the Camp Nou to FC Bayern Munich. Each time Javi Martinez forced Iniesta out of position, it was as if those boys were taking another fateful step toward the top of the overpass. Each time Ribéry beat Alves down the left, it was as if they were once again holding the turtle out above the traffic. And finally, when Robben scored, I saw them let go of the poor reptile and lean out over the railing to watch it shatter in the madness below.

Seeing your future not only defeat your past, not only taunt your past, but drop your past from high above into the path of an oncoming sport-utility vehicle — try to imagine the sensation that gave me. To see your past lose all its defenses, to see it exposed as a naked, mortal, vulnerable thing. A moment ago I overheard a woman coming out of the Qdoba say to her companion, “That was one weird burrito bowl.” I have considered her words, and I have realized that, with the economy of a poet, she has described what the Champions League semifinal was for me.

It was one weird burrito bowl, Xavi.

As it happens, a turtle is not precisely a creature that lives inside a shell. Without its shell, a turtle has no existence. Its body grows into the shell and fuses with it. Not even Christoforos could devise clothes that fit so snugly. When the turtle’s shell bursts, what is left is … well, it is not beautiful, Xavi. It is not good. The turtle is invulnerable until that moment, and after that moment it is not a turtle anymore.

Mourinho, who thinks that time is a game, would never feel this. But I am wondering if Barça is the same as the turtle. We had our aura of invincibility, the aura you and I created together. Now the aura is gone. Without it, is Barça still Barça? When you appear to play before a hostile crowd next season, will they still say, “Barcelona is more than a club”? Or will our Barça be a historical remnant, the name of a statue in the park, the sort of thing I am always stopping to look up during my endless peregrinations throughout New York, on my phone’s 4G LTE connection?

FC Barcelona … [loading] … a club that used to be.

I know what you will say here, my old friend: that Messi was on the bench, and Messi is himself a kind of invincibility. But you and I always knew what Messi was. Remember what we said about him, during our endless strategy sessions over peppermint cocoa and Sigur Rós? Messi is in Barcelona but not of it. He belongs to a different Zodiac. To claim him would be like Catalonia claiming the Perseids because they happened to be in the sky. He could have been born in La Masia and the story would still be the same. We always said that Messi was air and light and it was our job to create the ground. We will be remembered with him, but not as part of him, any more than the guitar is part of the song it is given to play. I am thinking of Sigur Rós specifically when I write that analogy, Xavi.

I do not know what time will do to us next. It may be that the future of the game is German, as Christoforos believes it to be. I will have him make me a black coat of sober wool, warm but not too thick, to the length of the middle of my thigh, and I will stand in the technical area and direct this team that the world now says is the best in the world. We shall have Mario Götze, and Dortmund, at least, will be no challenge for us. It may be that the wind has blown me to further glory, and I will accept it if it comes, and I will shave my head, and coat or no coat I will be cold in December.

But Xavi, I know this: There is poetry all around us. In the overpasses and the sidewalk cracks I see death and the hope of renewal. I have not watched Iron Man 3, but what if it concerns a man — I believe he would be played by Robert Downey Jr. — who can put his armor back on after it comes off? What if he fights a mighty foe, a robot that shoots missiles from its hands, and his armor is all but shattered — his greaves torn, his gauntlets cracked, his pauldron a mere ruin of sizzling circuitry? What if the robot’s hand-missiles also obliterate his mansion, send it plummeting to the sea, and with it his computer and his tools and his helicopter pad and his laboratory? Is he not still Iron Man? Is he? I say that if he lives, he is Iron Man. And later in the film, when he has obtained the security codes for Krykos Corp. and gained access to their own secret laboratory, the one hidden under the volcano, he will fabricate a new suit of armor for himself, and he will fly out to face the robot, which may assume he is weak but which will quickly learn the error of that assumption. For now its hand-missiles will harmlessly bounce off him, and when Iron Man punches the robot, chunks of the robot will shoot sparks and fall off. And Krykos Corp. will not gain control of the world’s petroleum supply, even if their CEO is an old friend of Iron Man’s father and a father figure to Iron Man himself. My friend, time blows us where it will, but invincibility can sometimes be rebuilt.

I believe that Gwyneth Paltrow is also in the film, but I am not certain whether she is a metaphor.