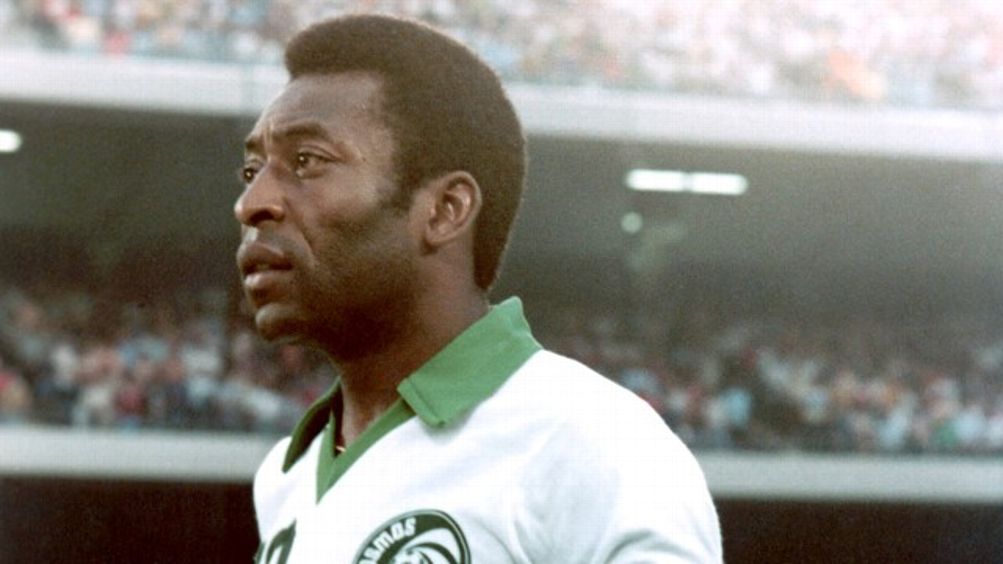 It’s a short career, sports superstardom, which means that the world accumulates ex-great athletes at a fairly remarkable pace, one a year at least, as if time itself were an aging athlete out fielding fly balls — Elway, Sampras, Shaq, Ronaldo, thunk, thunk, thunk. At any given moment there’s a significant population of ex-sports superstars milling around in the weird background of culture, the part that’s half after-party and half wax museum. You could throw a dinner for them, the living retired great athletes, and fill a pretty good-sized hall. I’m picturing Yogi Berra trading fake punches with Muhammad Ali, MJ smoking scornfully in the corner booth. Maradona face-down in a cake.

It’s odd, isn’t it? I don’t mean melancholy or emblematic — it’s those things, too, but the tragedy-of-mortality, silent-season-of-a-hero vein of sports lyricism isn’t what I’m after here. It’s just, at a basic level, strange that the machinery of sports cranks out this class of enormously celebrated people cut off from the source of their celebrity, icons whose cultural value lies primarily in serving as mobile reminders of something other people once saw them do. What must it be like, to be a piece of living memorabilia? I sometimes think that the life of a retired sports legend would be like experiencing existence as the Andy Warhol painting of yourself. Or, at the very least, like discovering you’re being haunted by a ghost, and you’re the ghost.

None of this, obviously, is to say that retired athletes can’t go on to find success in other areas — just that, realistically, short of discovering a late Fields Medal–class talent in some equally high-traffic endeavor, Game 7 is going to be tough to top. When it’s over, it’s over, pretty much. Except, of course, that it isn’t.

I‘m thinking about this because Pele has once again said something ugly and stupid in public, and I have a complicated relationship with Pele’s tendency to say stupid, ugly, public things. O Rei played his last competitive match in 1977, 12 days after Elvis died, and almost immediately launched his troubled post-career as a corporate shill, professional waver, and paranoid maintainer of his own legacy. Maradona made a mess of his life after soccer in a way that suggested an authentic lost soul; the sheer violence of his explosion into slow-burn drug suicide and unbeautiful enormity implied a kind of honesty, broken though it might have been. Like all lost souls, he was trustworthy from a distance. Pele’s aftermath was the opposite. He kept it together, but in a way that seemed calculated and, when it wasn’t calculated, spiteful. Roger Bennett called him “the sport’s first human billboard.” There was the Simpsons episode where he tromped out onto the pitch and accepted a sack full of money. During his playing days he stood, more than anyone else, for the beauty of the beautiful game and for the vague love sounds of the ’60s and ’70s. By the time I started getting into soccer, he seemed more like a discredited childhood memory, one of those stray communal wisps that once felt genuine but turned out to be propaganda, like hair metal or the first Thanksgiving.

The ugly, stupid thing Pele said this week was pretty thoroughly unexceptional as old-Pele idiocies go. It was that Lionel Messi, the 24-year-old Argentine who is figuring in more and more conversations about the greatest players of all time, doesn’t belong in those conversations because he isn’t even as good as Neymar, the 20-year-old Brazilian star who plays for Pele’s old club, Santos. Now, Pele was speaking at a Santos event to a pro-Brazil, pro-Neymar crowd, which excuses maybe 10 percent of the insolence here. Still, it’s as if Bill Russell were to say, “LeBron’s good, but he needs to buckle down if he wants to catch Anthony Davis” — the point being that no one really knows how good Neymar is, because he’s (a) 20, and (b) playing in a second-tier league, whereas Messi has proved himself many times over against the best competition on earth. Messi has done more than enough to earn respect, even from Pele. But then part of Pele’s post-career shtick is that any high praise given to another player in his presence is a boorish deviation from the continuous celebration of Pele mandated by Pele as part of the ritual of Pele. Pele doesn’t give respect. He can’t; it’s all been trapped by the pull of his own gravity.

And sure enough, Pele framed his comment as a tribute to his, Pele’s, greatness: “There’s always this Maradona comparison, saying that he’s better than Pele. Now some are saying that Messi is better than Pele. Well, he has to be better than Neymar first, which he isn’t yet.” A typical bit of mean third-person math, in other words — Messi < Neymar < Maradona < Pele — the sort of thing he brings out with a sneer about once a month. No big thing, but enough to make the soccer community shake its collective head. As it does around once a month, with Pele. Anyway, a couple of years ago, after a long spell of hipsterishly preferring Maradona (you have to pick one, as a soccer fan), I made a conscious decision to try to figure out what the whole Pele thing had been about. (The fact that I didn't feel the need to do this sooner sort of testifies to the extent to which Pele has sunk among soccer fans.) I watched about 20 years of video in two weeks, wrote a lot, went crazy, and discovered that — guess what — Pele was an absolutely amazing soccer player. I mean completely off the scale, whiz-bang amazing, not in a drab Official FIFA Plaque kind of way but in a way that makes your head do pirouettes. Pele’s the sort of player who makes you laugh uncontrollably, because no one could do what he just did, but he just did, and it was ridiculous and beautiful and it left four defenders on the ground. Ever since then, I’ve felt like defending Pele, like a Pele apologist, only it’s useless, because the sort of stuff he says is too petty and pompous to defend in any meaningful way. Maradona’s the one who needs help. Pele just needs to deflate.

All great athletes must, in the backs of their minds, have some perception of the sad, dead, ruined history of sports — the comet’s tail of battered photographs, moldering jerseys, and oddly constructed balls where they will all eventually go. Actually, there’s no “eventually” about it. By the time they retire, they’re already there. I have seen old black-and-white photos of Pele: soaking in a training-room spa; wearing a Turkish hat; lounging on the hood of a Mercedes; receiving the keys to the city of Kinshasa, Zaire, from the dictator Mobutu Sese Seko; taking drum lessons; marching in an army parade; playing the guitar; feeding his 1-year-old daughter; drinking a Coke out of a glass bottle while wearing a beret; being given a stuffed pig by a German stewardess; riding on a Carnival float; fishing; showering; hanging from a tree limb; hugging Henry Kissinger; looking mean and stylish on the streets of Santos; taking his college admission exams; chatting with Andy Warhol; signing his first contract; kissing his wife; gazing into a television camera next to what appears to be the masthead of a ship; dancing; sipping coffee; standing surrounded by microphones; being greeted by Jimmy Carter at the White House; embracing Sylvester Stallone. I have a feeling that if I could somehow put all this together, could solve it like a jigsaw puzzle, it would give me a coherent picture of Pele, the priggishness and the greed and the generosity and the genius. On the other hand, to me, this stuff is all detritus, what’s washed up from the shipwreck of one of the most spectacular careers in sports. To Pele, who has been retired for 35 years — longer than he was ever a player, almost half his life — it’s memories. It’s his life.

And isn’t that the issue here? That when you’ve experienced that kind of existence, when you’ve been, say, MICK JAGGER OF THE ROLLING STONES, it’s not that fucking easy to ride off into the sunset? The truth is that it is sensationally pleasant to mean something to people. However enervating celebrity can be, however bleary you feel after the 500th radio interview or spiritually dead after the 1,000th Vanity Fair party, there is a low-level electrical hum that goes along with mattering that I suspect becomes almost impossible to do without. That the world loses its color, etc. Think about this: For 20 years, wherever Pele went, the fact of his being there became that place’s organizing principle. He was the most famous person in the world, “the most loved athlete in the history of sports,” as Jon Miller put it in the broadcast of his last competitive game. In every situation he experienced, the fact that he was there experiencing it was, to everyone else, its defining characteristic, the whole thing. You can be as centered and down-to-earth as you like; that stuff is going to affect you. I’m not talking about becoming a prima donna, or what perfect monsters we make out of celebrities; I’m talking about the structural shift in your understanding of the world that must kick in around year two or three of feeling yourself almost physically borne up by the fascination other people feel for you everywhere you go. You’re a nice kid to start with, you almost can’t believe it when you break through, and then, after a while, you let yourself relax, you think, OK, this is how it’s going to be from now on. How could you not? There was a period in the early 1970s when I genuinely believe Pele inspired more veneration around the world than the Pope. How could you not be changed by that?

And of course, you’re Pele. No one is exactly going to contradict you if you praise yourself — if you, say, compare yourself to Beethoven, not once but frequently. You’re synonymous with soccer! You make people feel good, which makes you feel good, and you see that this is a kind of lovely feedback loop, that if you just keep smiling and talking about yourself the whole tone of the room lifts. You’re like a drug, essentially. Only then one day you retire, and the day after you retire you’re exactly the same person, and the week after, and the month after, only somehow something is different, some underlying universe-dynamic has gone very slightly wrong, so of course you try harder to compensate. You’re the center of the whole system, after all, so it’s more or less up to you. And from that point, isn’t it easy to see how things develop? It’s probably five years before you feel yourself under threat — before there’s some new you who, unaccountably, people are describing in the same ways and following with the same enthusiasm they once reserved for you. Oh, people are still excited to see you, but you don’t represent possibility to them anymore, you just represent the past. When that happens, don’t you have to remind them how this works? Isn’t that supposed to be what they want?

Imagine living that way for 35 years. Wouldn’t you do what it takes to stay out of the display case, day to day? To keep your life your life? I would, I’m pretty sure, even if it meant that other people, somewhere off camera, rolled their eyes and snickered when I talked. Again, I can’t defend Pele, now or ever, for denigrating Messi. And I don’t have one wise thing to tell you about this. I just know that if I were David Beckham, or Peyton Manning, or Kobe, and I felt myself falling deep over center field, I would hope to God that time might lose me in the sun.