The Trouble With Rog 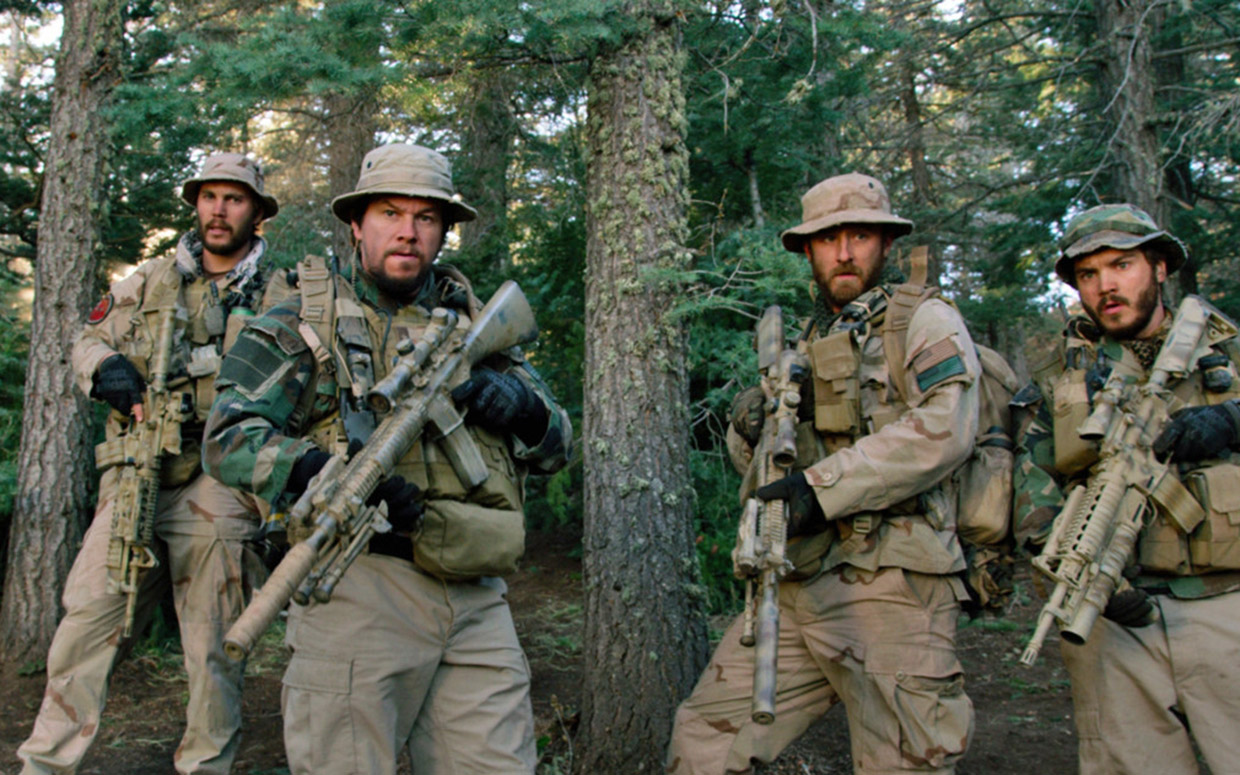 What responsibility do the movies have to faithfully or accurately depict war? To some extent, none. Most war films convey a sense of the grand futility of it all — the death and destruction, the endlessness and possible pointlessness, the mutation of any political, religious, or social objective. Many depict the waste of life and money with a profligacy of their own. Apocalypse Now still looks like it cost as much as the Vietnam War. But some look past moral philosophy and budgetary excess. Some war movies see only soldiering heroes and want us to set aside the larger questions of costs and outcomes for celebrations of courage.

Lone Survivor is that kind of film. It’s so narrowly focused on a single incident during the war in Afghanistan you can’t see past the stress in the faces of the film’s four Navy SEALs. The camera gets right up close to the actors playing these men, and gives you quaked, quivering images. When they go crashing down the side of a steep forest hill, the camera goes with them. The film’s director, Peter Berg, wants to immerse you so deeply that you feel as if your bones are breaking, too. There’s a price, of course, for that kind of immersion: It becomes tough to see the movie for the drum-beating.

The introductory sequences in Lone Survivor are spent on training passages. They don’t appear to be Berg’s. They look like video footage of actual soldiers shivering, keeled over, barely breathing, and nearly drowned. “Keep going!” someone screams. “You’re our band of brothers,” says someone else. These are the stakes Berg appropriates: This is real. The movie is based on an actual 2005 incident recounted in a book by Marcus Luttrell, with Patrick Robinson: Lone Survivor: The Eyewitness Account of Operation Redwing and the Lost Heroes of SEAL Team 10. Luttrell is the lone survivor of a Taliban ambush. Berg tries to replicate the intimacy of the book’s first-person account (Mark Wahlberg plays Luttrell). That’s how you wind up feeling clipped onto the SEALs’ utility belts. But the attempt to move from the reality of military footage to the realism of movie combat costs the film its coherence.

This is really three movies. One establishes the camaraderie among the men on the base. The stages of the mission are laid out. Jokes are told. And, vaguely, the atmosphere of a Terrence Malick film is evoked, particularly when, by way of narration, Wahlberg pins poetical manliness on a montage of militariness. “There is a storm inside of us,” he says in that Wahlberg whisper, “a burning, a river, a drive, an unrelenting desire to push harder than a man can think possible.” He goes on: “We wanted … the hottest, most unpleasant of the unpleasant fights.”

That fight occupies the movie’s middle, and it is unpleasant — grueling, too. Luttrell and three other reconnaissance and surveillance SEALs, played by Ben Foster, Emile Hirsch, and Taylor Kitsch, find themselves under attack. A scouting mission becomes one of extraction. And as these four try to shoot their way out (we rarely see who exactly is shooting at them), you recognize the impossibilities of the Afghan landscape and the nature of the overwhelming tactical advantage the Taliban fighters have. The bone-cracking plunges along the rock faces have a kind of vivid gruesomeness. Berg stages a couple of these tumbles. And you can tell that, among everything Berg admires about these men, their indestructibility ranks pretty high.

For two of its three acts, this is a serious, somber movie. The filmmakers have been talking about the tribute they felt compelled to pay not just to the 19 Americans who died in Operation Red Wings (as the campaign is officially called) but to the might and sacrifice of the entire American military. To that end, most of Lone Survivor has a muted, curious blandness (I suspect Berg would call it “reverence”) that’s new for his big-footed, heavily muscled action entertainments. In Lone Survivor, the manly comedy at the naval base vanishes suddenly — as does your ability to distinguish Wahlberg from Kitsch and Hirsch from Foster. The blood, dirt, and hair on their faces make them interchangeable. That feels strategic: There is only the team. But the lack of human inflection has a peculiarly lulling effect. Nothing stands out.

Berg’s you-are-there approach is similar to one the journalist Sebastian Junger and the late photographer Tim Hetherington used for their 2010 Afghanistan war documentary Restrepo, for which they embedded themselves with an army battalion. That film was memorable for its dire, sunlit firefights and captured both the practical and existential terror of modern combat. It also eavesdropped on the private homosocial rituals that bond these men to each other. The brutality and harrowing uncertainty became a mild intoxicant. The directors were war journalists (Hetherington died working in Libya in 2011). They knew the moral and ethical boundaries. They disliked the war but succumbed to fascination with it. Restrepo‘s subjectivity was suffocating, but it hung together as a snapshot of battle.

Berg seems to be feeling his way as he goes. He wrote the screenplay, and seems penned in by admiration, by the facts, and possibly by the movie’s direct involvement with Luttrell, who acts in a small role. The resulting film is somewhere between docudrama and infomercial, not unlike the fictional, all-SEALs-cast action-thriller Act of Valor. But, in its way, that movie, as outrageous as it was, worked. It swaggered and rumbled. It brandished its military authenticity. Berg didn’t make it, but that was a Peter Berg movie.

That Lone Survivor feels so deferential should be to his credit. But realism just isn’t a style that suits him. You miss the unself-conscious brio he applied to The Rundown and The Kingdom and the frizz and melancholic thunder of Friday Night Lights. It’s not that Berg needs to express the ambivalence about power that, say, Captain Phillips does. It’s more that, here, Berg needs to express something in addition to thanks. Berg needs to flex his unself-consciousness. That suspicion of deference is what has some people exasperated with The Wolf of Wall Street, that Jordan Belfort gets to participate in the party Martin Scorsese is allegedly throwing for him. But it’s no party for Belfort. It’s a rambunctious sliming. Berg’s submission to the SEALs is probably his only moral option. He just struggles to make his respect compelling.

Once the operation truly gets away from the SEALs, the movie sheds its watchfulness and, by the last act, turns into the sort of action thriller you’d expect from Berg and that Berg probably expects of himself. But he has unreliable control over the point of view and the film’s tone. It climaxes amid the houses of an arid Pashtun village, and an observant, fairly contemplative tribute to survival becomes adrenalized, commercial chaos. The villagers decide to take on the Taliban in order to protect one of the SEALs. There is a little boy who befriends Luttrell and pushes things into preciousness.

Nonetheless, the very brief debates that go on among the Pashtuns feel refreshingly thoughtful for an American war movie — even if all that these ethnic men are doing is arguing about whether to save or sacrifice a white American. That argument and its outcome situates Lone Survivor within a long history of American movies in which ethnics circle the wagons around an outsider; Mel Brooks made a scathing joke of it 40 years ago this year. These 15 to 20 minutes of Lone Survivor could have been Berg’s entire movie. Instead, they comprise a dismaying set piece that aligns the movie with emptier blockbusters: more unexamined waste. This is Luttrell’s life, but at the movies his life has become another Hollywood ending.