The Book of Basketball: The Scoring Boom 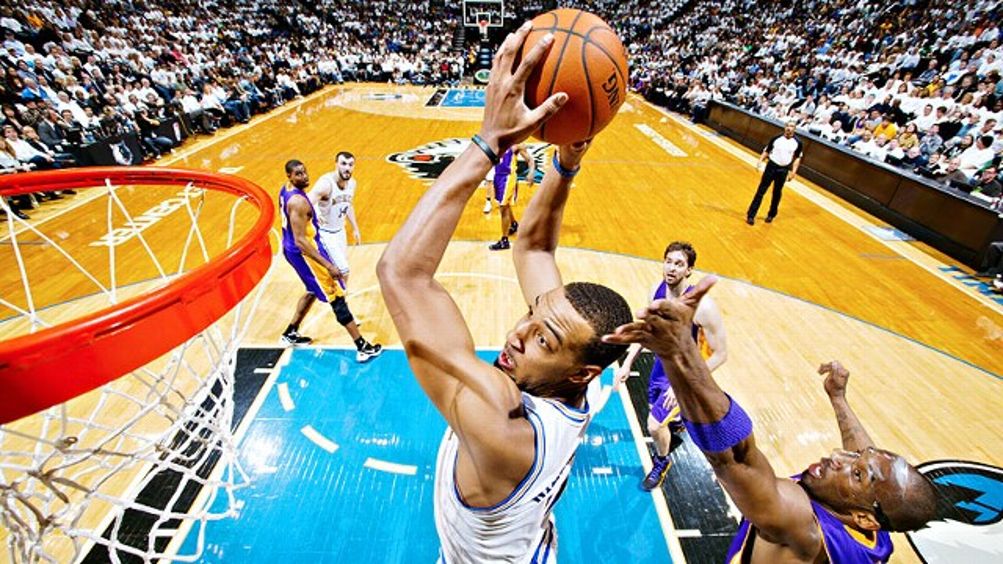 With Ricky Rubio injured for the rest of the season, I expected the Rookie Rankings to undergo a dramatic shift. But as I complete my second Rubio-less rankings, I realize that couldn’t be further from the case. Rookies are now playing consistent minutes, and their roles on their respective teams are defined. The 10 players on this week’s list have all been here before, and, barring any unexpected, meteoric rises, it will be hard for any other rookies to make the list for the rest of the season.

Kyrie Irving is a fantastic scorer in isolation situations — he’s in the 96th percentile among all players in the league. Though his points per possession (PPP) off of ball screens is slightly lower, he still ranks in the 72nd percentile. His efficiency off of screens varies based on his position on the court. On the right side, Irving is posting a PPP of 1.00, good enough to put him in the 70th percentile. On the left side, Irving’s PPP is 1.11, placing him in the 87th percentile. Meanwhile, playing off of high ball screens, Irving is posting a PPP of 0.825 — good enough for only the 43rd percentile — and he turns it over 11 percent of the time.

Even though he is best on the left side, he more frequently uses high screens. He uses the high screen 57.7 percent of time, versus 27.3 percent for left-side screens. When he does set up in his preferred spot, he is able to skillfully pressure the defense:

When Irving comes off the screen on the side, he’s already in attack mode in the heart of the defense. The left-side screen allows him to be nearly as successful as when he’s running isolations.

Kenneth Faried is a high-energy guy who relies on his activity to create scoring opportunities. According to Synergy, 62.8 percent of his possessions are a result of offensive rebounds, transition opportunities, and cuts. Where he struggles is when he has to cut off of the ball. Faried posts a PPP of 1.026 — among the bottom 25 percent — and he shoots just 48.6 percent. We can glean a few things from this video:

Faried rarely catches the ball with his body in position to go straight up for a shot. Usually he needs to square up after catching the ball. All of this movement neutralizes the advantage that Faried initially has when cutting on his man.

Faried will probably make the necessary adjustment here in time. He is accustomed to playing in college, where his sheer athleticism allowed him to outplay everyone else. He will (hopefully) learn that NBA defenses recover quickly.

Since he became a starter for the Sacramento Kings, Isaiah Thomas has been playing very well. He has been most successful shooting jumpers and runners. On jump shots, which account for 65.1 percent of his shot attempts, Thomas is shooting 35.9 percent and his PPP is 0.967 — placing him in the 77th percentile. On runners, which Thomas attempts 6.8 percent of the time, he is shooting 47.4 percent and posting a PPP of 0.947 — placing him in the 78th percentile.

Yet Thomas struggles to finish near the rim. These shots account for 27 percent of his attempts, and he is shooting 49.3 percent with a PPP of 1.027, among the bottom third of the league.

He can’t finish when a help defender comes over, and he even struggles when he is being played one-on-one by the basket. In the first two clips, Thomas’s shot is altered by his opposite number, not by a help defender. Since there is no impetus for help defense, the Kings will not see many drive-and-kick opportunities.

Derrick Williams mostly plays the power forward position. While he is better there than as a small forward (PER of 15.9 at PF vs. PER of 13.8 at SF, according to 82games.com), he’s still not a natural big. He needs to improve his pick-and-roll game. Right now he posts a PPP of 0.774, placing him in the bottom 21 percent of the league. He tends to pop out too far, shooting just 23.1 percent while posting a PPP of 0.633, among the bottom 19 percent — yet his pick-and-pops make up 56.6 percent of his possessions.

As with Faried, this is a footwork problem. Williams doesn’t set his feet before the basketball gets to him, and thus in catch-and-shoots, he only makes 28.1 percent. He should roll to the rim more and pop out less.

Over the past week, Klay Thompson has shown an ability to distribute the basketball and rack up assists. Last week, Thompson hit the four-assist mark three times in four games. The reason? He’s beginning to understand how to use his shooting ability to create passing lanes and scoring opportunities for his teammates:

Thompson has developed a reputation as a knockdown shooter. When he comes off of screens — especially when he curls — he will draw the screener’s defender. This gives way to the type of pass you see guys like Ray Allen and Kyle Korver make repeatedly, when they know a double-team is coming. Thompson has learned how to make this dump pass, which allows the screener to get a wide-open look.

Last week we talked about Biyombo’s ability to block shots, but he still needs to improve his post defense. Offensive players are posting a PPP of 0.944 against him, placing Biyombo in the 28th percentile.

Biyombo deftly bothers shots when he is defending in the post — holding opponents to 46.6 percent shooting — but he fouls too often. He fouls opponents 14.6 percent of the time in the post, most of his fouls coming from biting on pump fakes. Once he learns not to do that, his post defense should rise to the level of the rest of his defensive game.

Enes Kanter is a solid defensive big who also struggles to defend the post. In fact, Kanter is a worse post defender than Biyombo, allowing a PPP of 1.015 in the post, placing him in the 16th percentile. Not only does he foul a lot — 16.4 percent of post-ups against Kanter result in a foul — but offensive players are shooting 56.3 percent against him.

Kanter forces a lot of turnovers when defending by the rim, creating turnovers in 14.9 percent of post-up situations — but that statistic may be misleading. Of course, forcing turnovers is a positive, but Kanter gambles too frequently. His tendency leads to easy shots and many fouls. If I were on the Jazz coaching staff, I’d tell Kanter to gamble less. Sure, the percentage of turnovers he creates will probably go down, but so will his opponents’ shooting percentages and his own number of fouls.

The Spurs recently traded away Richard Jefferson, getting Stephen Jackson in return. This trade was a result of Kawhi Leonard, and Jackson is a great pickup for them. Jefferson was made redundant by Leonard, as Leonard has become a reliable shooter and successful cutter on the floor. Leonard is rated as “Good” by Synergy in spot-up situations, something that he does 35 percent of the time. He combines this with a talent for reading the defense. He cuts off of defenders very well to finish at the rim. On these cuts, Leonard is shooting 66.7 percent and posting a PPP of 1.432, placing him among the top 10 percent of all NBA players.

Iman Shumpert is a terrific on-ball defender. In isolation situations, his man struggles to score efficiently. However, offenses are learning to take him out of the play with ball screens. When Shumpert is defending the ball handler in pick-and-roll situations, he allows 44.6 percent shooting and a PPP of 0.969, placing him in the bottom quartile of the league. The reason? He gets stuck on screens: he runs into the pick 68.6 percent of the time, allowing easy shots for the ball handler. That’s way too high.

Though he does not move well without the ball, MarShon Brooks has had success with the basketball in his hands. We already know how successful he is in isolation situations, and now he is improving as the ball handler in pick-and-roll situations. When coming off of screens, Brooks is posting a PPP of 0.790, placing him in the 60th percentile among all NBA players. Brooks’s length is key here. As he uses a ball screen to get a sliver of space from his defender, Brooks is able to use his length to get into the paint, where he can finish at the rim or hit an easy pull-up jumper.