Home Is Where the Hockey Is

Can Indie Wrestling Survive in WWE? 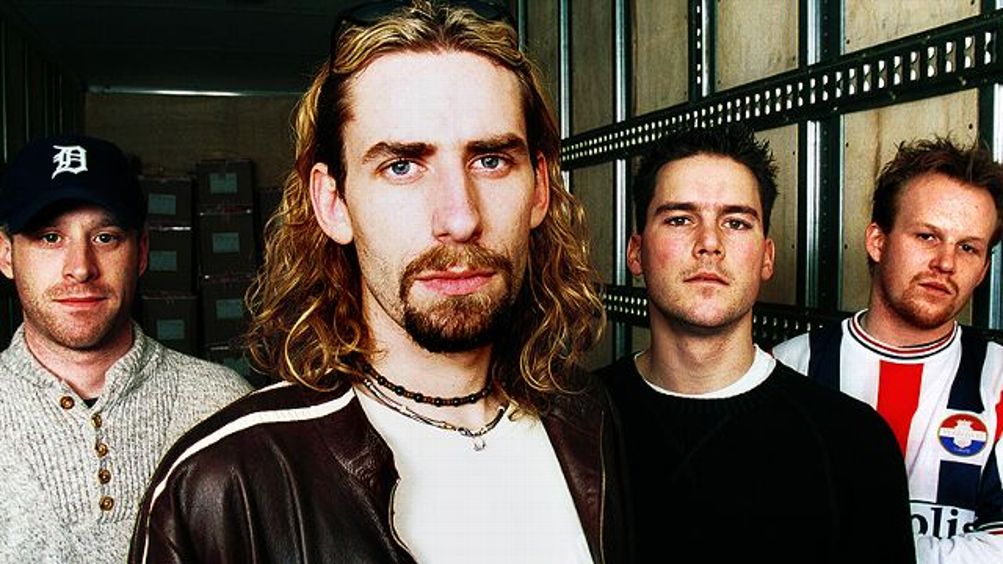 I can prove this: On a scale of one to 10, rank your level of dislike for Nickelback, with one being “I unironically enjoy that song from Spider-Man“2 and 10 being “I have contemplated committing a homicide on at least one occasion because I randomly heard ‘Rockstar’ in a bar.” Now, if your number is lower than five, you can take the rest of this paragraph off. For the rest of you: Take your score and try to identify the same number of Nickelback songs on the new, passive-aggressively titled compilation, The Best of Nickelback Volume 1. I bet that the majority of individuals who would swear on a stack of Axe body spray bottles that Nickelback is the Antichrist couldn’t perform this simple task. Nickelback as an epithet — no other rock band is used more often as a synonym for “terrible music” — has meaning apart from Nickelback’s music. It’s similar to how millions of bros regularly call each other “douche bag” while otherwise recoiling at the mysteries of feminine hygiene.

That hating Nickelback does not necessitate actually listening to Nickelback is the most attractive aspect of hating Nickelback. The primary appeal of Nickel-hate (like all “mono” interests) is the reassurance of staking out a “smart” and “correct” position that requires virtually no intellectual effort. Following pop music seems like so much work otherwise. It’s also rife with contentiousness: Is Arcade Fire asking fans to dress up in formalwear for concerts merely pretentious or does it signal a deeper classist bias in indie rock? Is Kanye West an insane egoist or does believing that he’s an insane egoist mean that you’re secretly racist? Is the (NSFW) cover of Sky Ferreira’s album a provocative artistic statement or does it just make my CD shelf look seedy? But hating Nickelback is a stance that defies substantiation and resists vetting. If you say you hate Nickelback, nobody is going to respond, “Oh, really? Because I think the progression from Silver Side Up through Dark Horse is the strongest creative evolution for a hard-rock band in the ’00s.”3 It’s understood in our culture that hating Nickelback isn’t really a debatable musical opinion. It’s like arguing that Miley Cyrus is “crazy” or Kim Kardashian is “dumb” — it is boilerplate patter passing as insight in millions of mindless conversations taking place in offices and at excruciatingly boring parties. Hating Nickelback is acceptable in any social setting and so easy.

I also happen to hate Nickelback, though I feel that I’ve earned my dislike more than most. After forcibly ingesting The Best of Nickelback Volume 1 for professional (or perhaps sadomasochistic) purposes, I can affirm from personal experience that this band’s music sucks. (Or, more accurately, suuucks.)4 Nickelback distills every cliché about bad white-guy durr music in a convenient one-stop package — the vocals bellow like an excavator tongue-kissing a gravel pit and the riffs sputter like amplified lit farts. The lyrics frequently resort to cheap sexism, like the self-explanatory “Something in Your Mouth,” a resentful ode disguised as a party-hearty strip-club rager about dumb guys feeling emasculated by powerful women. More surprising (and arguably more insufferable) is the schmaltz. Songs like “Lullaby,” “Far Away,” and “Gotta Be Somebody” are romantic drivel thick with imagery about lovers blissfully holding their breath and closing their eyes as they’re whisked away to Pleasure Town on matching unicorns. It’s the mash-up of Air Supply and Kid Rock that should exist only in nightmares.

Lest I turn this barrel of fish into The Wild Bunch, let me offer two (mild) defenses of The Best of Nickelback Volume 1. First, during a period when many of its hipper contemporaries disappeared into a rabbit hole of lyrical obscurity, Nickelback understood the value of directness. No matter their shortcomings, Nickelback songs are always functional accompaniment to real-life situations. “This Afternoon” is a song about male bonding via copious drinking and weed-smoking, and it is appropriately crafted as a bombastically back-slapping soundtrack for said drinking and weed-smoking. “Feelin’ Way Too Damn Good” is about feeling way too damn good and worrying that something bad is about to happen, which is a feeling experienced by 100 percent of the people I’ve ever known. The domestic-abuse song “Never Again” is dunderheaded, but considering Sufjan Stevens recorded an album about rabbits around the same time, Nickelback deserves a smidge of credit for grounding its music in the everyday reality of its audience.

Second, as bad as The Best of Nickelback Volume 1 is, Nickelback is hardly the worst band of its ilk. This is what Nickelback haters never seem to understand: There are similar but much stupider groups they should be mocking. I confirmed this after forcibly ingesting two other recent compilations by golden-era butt-rock acts, Seether: 2002-2013 and The Best of Buckcherry. 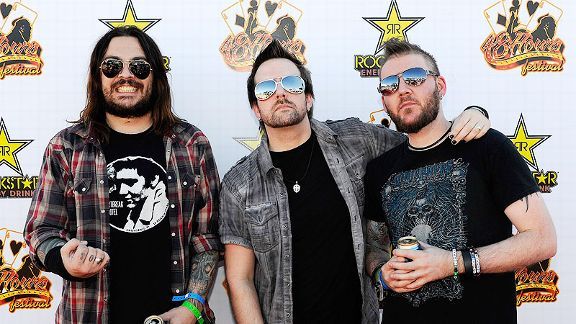 A midtier contender on the mainstream rock5 charts for a decade (14 top-10 hits and four no. 1s), Seether doesn’t have nearly the same level of name recognition as Nickelback. But in a more just world it would be rightly recognized as being just as fucking terrible, if not more so. The South African trio has the puckish irreverence of a true upstart — the cover of Seether: 2002-2013 is a picture of a dog crapping, which might be perceived as trolling if Seether had a more prominent image to react against. Instead, it just seems like a self-defeating (self-defecating?) metaphor for a largely anonymous career as prodigious pumpers of radio-friendly sludge.6 Seether’s dubious legacy (aside from plagiarizing Silverchair’s plagiarism of Nirvana) is as a master of modern rock’s most annoying trope: the “you” song, which is where a litany of complaints is directed at an unspecific pronoun that can stand in for parents or bosses or (most likely) bitchy girlfriends.

When musical folklorists set about researching “you” songs in 2113,7 Seether 2002-2013 will be an invaluable asset. In “Fake It,” the “you” in question is “such a fucking hypocrite.” In “Country Song,” singer Shaun Morgan can neither stand to look at nor think about “you.” In “No Resolution,” he vows that “you” will not keep him down. Seether exists because people apparently like jabbing their index fingers into the chests of other people they feel are persecuting them, except they wish that this finger were a band.8

As for Buckcherry, well, Buckcherry is actually way worse than either Nickelback or Seether. Formed in the mid-’90s as an L.A. Sunset Strip revival act determined to turn Guns N’ Roses’ “It’s So Easy” into a career, Buckcherry had its first hit back in 1999 with “Lit Up.”9 Subsequently, Buckcherry failed to follow “Lit Up” with another big song, broke up in 2002, somehow reformed in 2005, and then proceeded to have a bunch more hits as rock radio launched into its late-period convulsions. If you want to hate Nickelback for perpetuating a macho, misogynistic, and exceedingly idiotic version of arena rock, just know that Buckcherry’s “Crazy Bitch” is far more repellent in this regard than any Nickelback song.10 If you want to hate Nickelback’s saccharine side, Buckcherry is grosser in that way, too. Like in “Sorry,” when tattooed spider-monkey lead singer Josh Todd mewls, “I love how you kiss,” and gets analytical about his dead-eyed paramour’s sounds, like Renée Zellweger in Jerry Maguire. The Best of Buckcherry is essentially The Best of Nickelback Volume 1 with the most offensive parts turned up. 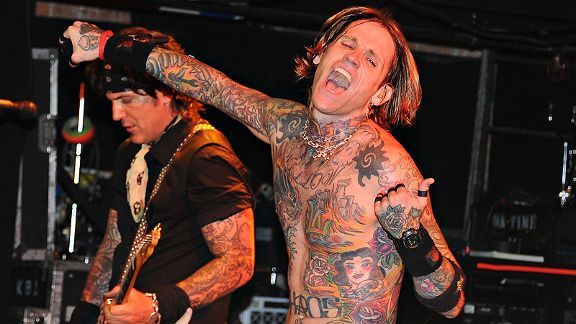 If hating Nickelback has less to do with Nickelback’s music than with what Nickelback represents, what exactly does Nickelback represent? The most damning charge leveled against the band is that its ascension in the ’00s correlated with (some would say caused) the marginalization of rock music in greater pop culture. There’s a credible argument for the opposite being true, that a band that released four consecutive albums that went at least triple platinum waved rock’s tattered flag with the most vigor during a period of questionable relevance. But no matter Nickelback’s impressive sales statistics, it feels instinctively correct to agree with the Black Keys’ Patrick Carney, who in a well-publicized 2012 Rolling Stone interview claimed that “rock and roll is dying because people became OK with Nickelback being the biggest band in the world … So they became OK with the idea that the biggest rock band in the world is always going to be shit.” Carney’s position recalls a 2005 New York Times article about how rock stations at the time were facing a Sophie’s choice between playing the latest “cool” music and “dumb … red-state rock that the cool kids just flat out aren’t into.” (“Dumb red-state rock” being the best working euphemism for Nickelback’s music.) Many stations went the “dumb rock” route, appealing exclusively to a shrinking base that could not keep rock radio from further dwindling.

But that was the mid-’00s. What about 2013? Frankly, it’s difficult to make a case for Nickelback (or Nickelback’s influence) being as pervasive as it once was. Established groups like Avenged Sevenfold and Five Finger Death Punch are loud-and-proud dumb rock bands whose latest records debuted in the Billboard top five and remain staples of the mainstream rock radio format. There are also relative newcomers like the quirky Danish metal-country outfit Volbeat, owners of the current mainstream rock no. 1 “Lola Montez,” whose recent Outlaw Gentlemen & Shady Ladies ranks among the least reputable albums that I enjoyed this year.

These groups are still around but they’re much easier to avoid. Consider that Nickelback’s “How You Remind Me,” its signature hit, was the single most played song on radio in the ’00s — more than anything by Beyoncé, Justin Timberlake, or Eminem — and you realize the degree to which this kind of music has been shunted aside. Today, the biggest “rock” hits eschew heaviness in favor of light electronic and folk sounds that play better on pop radio — songs like the Neighbourhood’s “Sweater Weather,” Capital Cities’ “Safe and Sound,” and Bastille’s “Pompeii” that would be classified as rock music only by a mercenary corporate radio programmer. I won’t say this makes me miss Nickelback, but the ubiquity of offensively inoffensive pap like Passenger’s “Let Her Go” does indicate that a new, more versatile kind of radio-friendly sewage has arrived to replace the old sewage.

I’ve been writing about Nickelback in the past tense, which is of course premature. A new Nickelback record is reportedly on the way in 2014, and I’m sure a support tour will play to packed hockey sheds all over North America for months afterward. Nickelback is still inarguably a big-time rock band. But it feels like the Nickelback we all used to know — the one that signified unseemly truths about the culture, the one we therefore relished hating — is gone forever. Nickelback is no longer that Nickelback — that Nickelback is now Imagine Dragons and Mumford & Sons, whose impact on ’10s rock radio fodder has eclipsed the imprint Nickelback had on the ’00s. All that’s left on The Best of Nickelback Volume 1 is a lot of defanged mediocrity that no longer seems worthy of our unified spite.