Could These Guys Be Traded? 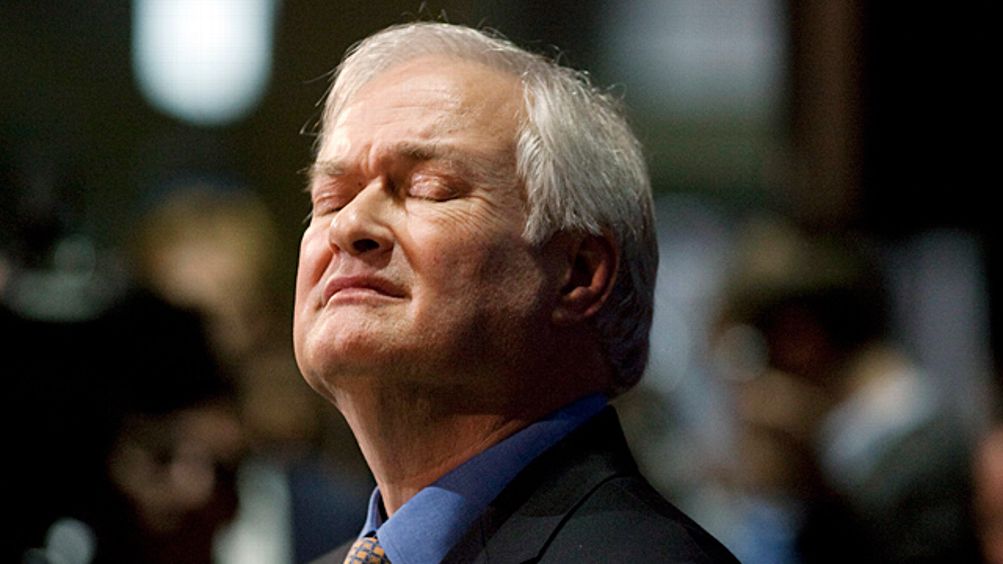 It has not been a good couple of weeks for the exercise in performance art that is the National Hockey League lockout. Reality keeps wandering out onto the stage, kicking over the carefully arranged props and creating great disorder in the artfully arranged rationale for the whole burlesque. First, there came that noted socialist handbill, Forbes Magazine, which explained that the average franchise in this terribly distraught league is worth a mere $282 million, and that the Toronto Maple Leafs, who haven’t won a Stanley Cup since Neil Young’s dad was writing columns about them, are valued at a cool billion. The five least-valued franchises are still worth, on average, $145 million. (It can be argued, and Forbes does, that the worst day in NHL history was the day the league discovered the American South.) Then, in Detroit, the owner of the Red Wings, a pizza billionaire named Mike Ilitch, has decided to blackjack a new $650 million arena out of the city of Detroit for his $346 million hockey team. (In 1982, Ilitch paid $8 million for the team. This is an appreciation that one can, well, appreciate.) This naked swindle makes Ilitch a real sweetheart, seeing as how the financing for his new digs is going to come from tax dollars collected by Detroit’s Downtown Development Authority, which, for more than 20 years, has been collecting money to pay down some general obligation bonds. Now that the bonds are paid off, the money was supposed to go to Detroit’s decimated public-school system. Instead, it’s going into Ilitch’s arena.

Then, of course, there was the monumental fiasco last week, when it appeared that a deal to end the lockout was nigh, but then it wasn’t, because the players had the audacity to come back with a counterproposal, severely wounding the fee-fees of Ilitch and his fellow owners, and especially those of season-killing commissioner Gary Bettman. This prompted the most hilarious piece of impromptu theater yet, when Bill Daly, the NHL’s deputy commissioner in charge of coat-holding, declared that a five-year limit on contracts was “the hill we will die on.”

Of course, Daly was hoping that people wouldn’t notice that the NHL already has built a lovely Tudor-style manse on that hill, with an Olympic-size pool and a five-car garage. For example, the Minnesota Wild celebrated the Fourth of July last summer by signing Zach Parise to a 13-year deal. Suddenly, five years is Cemetery Ridge? The owners, who got practically everything they wanted the last time they blew off a season, once again are asking the players to bail them out because (a) they were stupid in the way they sited their franchises, and (b) some of them were stupid enough to offer deals so long that the contracts will reach puberty before they expire. If part of the strategy was convincing the world that the NHL management’s side was not made up entirely of greedy morons, this past fortnight has not been a ringing endorsement of that proposition.

But, luckily, there was a villain to be fashioned to satisfy all the groundlings in Boston, and New York, and Edmonton, and Montreal, and to keep the show going through the next few weeks. It’s time, once again, to blame Donald Fehr for everything.

Fehr, the National Hockey League Players’ Association executive director, has had a large neon bull’s-eye painted on his back ever since he succeeded the legendary Marvin Miller as head of the Major League Baseball Players Association. Baseball’s owners, who had spent 20 years getting outmaneuvered, out-lawyered, punked, and otherwise beaten like tin drums by Miller, decided to take it out on his successor. Moreover, Fehr never had Miller’s gifts for spin and public relations, so, if you happened to be a grizzled old scribe yearning for the days of the reserve clause, Fehr was easy pickings; if you were a grizzled young scribe trolling for a lazy “both sides are at fault” column, Fehr was not as good as Miller was at defending himself.

Nonetheless, Fehr was very good at protecting the gains that the MLBPA had made against almost constant attempts to roll them back. At the same time, he found himself doing so in a general social and cultural context in which seeing a union behave like an actual union was supposed to behave struck everyone silly with shock and wonder. Hell, after a while, most of the people following sports hadn’t even been around when unions actually held substantial political power. Most of the NHL owners had become rich in the modern plutocratic system. In that system, the power of unions had been broken. Consequently, they were neither prepared, nor predisposed, to reckon with actual unions that had actual power, such as the ones that were operating among the teams they’d bought with their fortunes. (Mike Ilitch got rich in an industry that isn’t unionized at all.) And most of the people covering the events in question were people who’d seen their unions squeezed dry by the financial-services cowboys who increasingly controlled the American media. Small wonder, then, that, when Fehr resisted mandatory drug testing at the beginning of the current drug frenzy, people behaved as though he were lining up players to personally shoot HGH into their keisters.

Just to answer this criticism briefly, because it seems to come up every time Fehr’s name gets mentioned these days (it even came up in some of Marvin Miller’s obits last month):

The union was under no obligation to bargain away its membership’s Fourth and Fifth Amendment rights to a management side that had not bargained in good faith on any issue going back to the collusion scam of the mid-1980s. (Remember that first round of steroid testing, in which the names were supposed to be forever secret? How’d that promise of anonymity work out?) And, before anyone mentions it, no, it doesn’t matter how many players said they were willing to toss those rights overboard. You can’t give my civil liberties away. Not without a fight, anyway, and a fight is all Fehr ever gave them.

So, when the NHL players turned to him, everyone on both sides knew they were hiring a wartime consigliere. The players came out of the last lockout with such impeccably clean clocks that it’s a wonder they didn’t hire someone with an RPG launcher this time around. Fehr’s hiring should have come as a surprise to approximately nobody, since a lockout is always a deliberate tactic by management aimed at achieving a precise goal — in this case, clawing back what little was left after the last time Bettman fastened on this strategy. Nobody is ever forced into a lockout. Lockouts require planning in advance. A lockout is a strategy you choose. A lockout always has a specific purpose, which is what makes lockouts unlike strikes. There is no such thing as a “wildcat” lockout.

Fehr is someone who realizes this, and, from the start, it has been part of management’s strategy to isolate Fehr from the people who hired him. This should have been easier than it has been, since the hockey culture has always been more insular than that of baseball. (In fact, the sorry history of labor-management relations in the NHL is marked most vividly by the involvement of Alan Eagleson, who was such a crook that the United States and Canada once appeared to be fighting over who got to incarcerate him first.) A tweet from Chris Johnston of the Canadian Press on Sunday stated flatly that the players have been told that Fehr’s mere presence in the room is “potentially a deal-breaker.” This is both extraordinarily arrogant and extraordinarily clumsy.

So far the strategy has failed, though there have been voices like Mark Recchi’s, who advised the players to realize that the owners held the hammer and that surrender was the only option. Of course, there are no professional athletes who understand what a lockout really is better than NHL players do, since most of them now have lived through three of them.

Fehr is presently taking heat for having called a press conference the other day to announce that a deal was close, only to have it collapse around him when management walked away, mumbling about dying on hills and such. It is possible that Fehr was precipitous in his announcement, and that he carries some weight for the disappointment that hockey fans felt when everything fell through. But the facts seem to indicate that a deal was fairly close, certainly closer than it had been. However, merely presenting management with a perfectly banal counteroffer suddenly blew everything up, and Fehr was in public, looking as though his premature announcement somehow had bollixed everything up. I refuse to believe that this was any kind of accident.

(This is what the inexcusable Bettman said when all the dust had settled: “Spinning us all into an emotional frenzy over maybe we are close and we are going to play hockey tomorrow is terribly unfair to our fans, is unfair to this process.” So says the man who so cares about “our fans” that he is willing to jettison a second full season in a decade just to pick off what meat is left on the carcass. This man must live in a house without mirrors.)