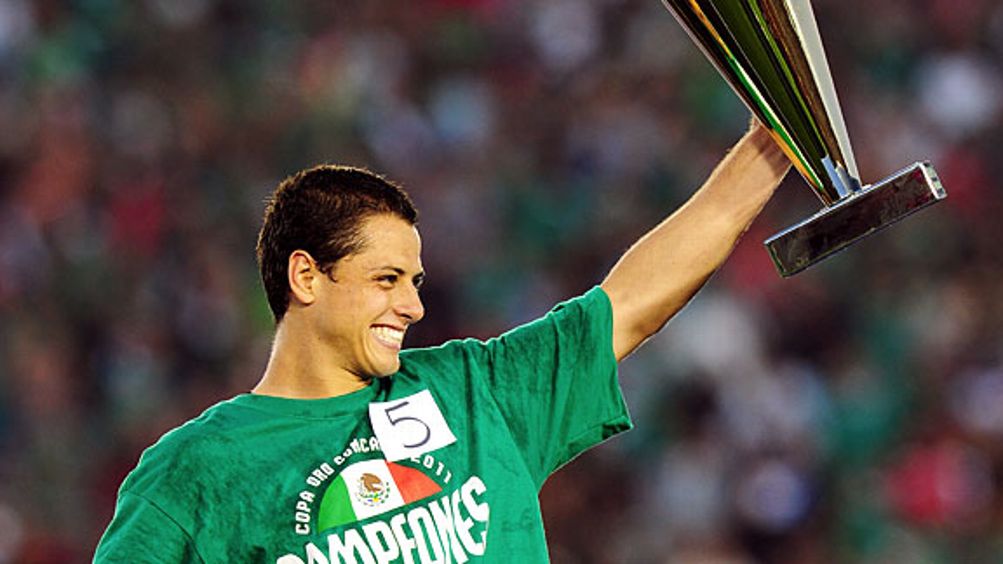 After the 2011 Gold Cup final between the United States and Mexico, Freddy Adu was widely considered the best American player on the field because of his work rate and willingness to take on defenders. For the past four years, he has been out of favor on his pu pu platter of second-tier European club teams. On Saturday, Freddy potentially “got his swag back” and might have earned a role on the national team in the next World Cup qualifying cycle. While this was probably a “feel-good story” because he finally “won over” American soccer fans for his performance on the field instead of for his teen acting skills in Sierra Mist commercials, I’m not sure if this is the prevailing storyline that the American soccer fan would like to take from the Gold Cup.

When “your team” loses, you can still find a way to rationalize trends in play that provide hope for the future to maintain your rooting interest. The Gold Cup outcome hurt so much because it was the first taste of the “transitional phase” that our national footballing identity is entering, and besides the Adu anomaly, they didn’t give us much to rationalize. It would have been nice to still feel like Clint Dempsey, Landon Donovan, and Tim Howard might refrain from aging and get it done in 2014. Or maybe we could have seen the core of young defenders prove that they were ready to elevate their level of play to international standards. “At the end of the day,” we lost an important game to Mexico when the foundation of our young, prideful identity is built upon our mental edge over a Mexican team that now has the “right stuff” to compete for a World Cup.

Mexico and the U.S. aren’t exactly superpowers, but they are chief rivals as the big fish in the small pond of CONCACAF. Both have a pretty easy path to the World Cup compared to other regions. We might not be as technically skilled and our counterattacking style of play doesn’t give us that many chances to win games, but fitness, preparation, and a firm belief in our identity has helped the U.S. to progress as a footballing nation. Naturally, we test this recipe most frequently against our biggest rival. We believe in our team. Every time it plays, it is playing FOR American soccer, defeating our global enemies, and winning over the soccer-haters within our borders. They prove to all middle-American sports fans that “Soccer really IS the beautiful game, a-holes!” (This belief is actually 70 percent of the spirit that has driven the great Northwest Soccer Explosion in MLS.)

Despite all that, you get the feeling that MLS’ recent success might be a cultural microtrend when the vast majority of Gold Cup final attendees were wearing green jerseys.

The U.S. team has pretty good players who are easy to root for because we can perceive them all as “journeymen” attempting to beat the odds and one day contribute to a team in the Champions League. They are good guys who are willing to act as the face of a company-that-wants-to-reach-soccer-fans’ marketing campaign (Spanish speakers available). Guys who can work hard to get out of the group stage of a World Cup. But when will the loins of a couple located on American soil produce a game-changing footballer? (These loins can also be stationed at a U.S. military base.)

I’m still riding really high from Landon Donovan’s last-minute game winner against Algeria. Maybe I should just chill out until we get our own Chicharito, Messi, or Ronaldo?

The emergence of Chicharito on the global soccer stage doesn’t just threaten the upcoming era of the American soccer zeitgeist (sponsored by Nike). His superior skills and warranted hype expose the faults with the American fan’s relationship with our national team and the marketed motivations to anoint a “next great thing.” Freddy Adu is still “the face” of failed American hopes that were overmarketed, and the loss to Mexico coupled with his “solid performance” has sent my fandom into a spiral of darkness. Sort of like a fun college relationship that was only possible because you were young and still living on your parent’s dime, but now that you have grown up and acquired a grim office job, you realize that you were living in a distorted version of reality.

But it still meant something. Or did it? 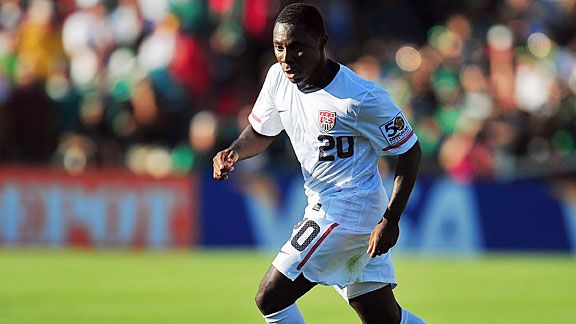 Overall, it has felt really fulfilling to be an American soccer fan since 1994. But I need a little bit of hope. Something that can still keep my emotional attachment to the spirit of the U.S. Soccer young and naive. That’s why I’m jealous of Mexico. It got its rebirth from Javier Chicharito Hernandez, escaping from a perceived dark phase when it basically achieved similar results to the US. I am afraid to look up “Chicharito” in case it translates to “Mexican international football player who leads Mexico to a World Cup and sends U.S. Soccer into its dark ages.”

On the other hand, Freddy Adu is a year younger than Chicharito, so why have we already lumped him in the Darko Zone of failed expectations? He has done pretty well and had a better pro career than most MLS players who, if they wanted to make $60k/year, probably should have just become accountants. Sometimes I think David Beckham should send Freddy Adu a thank-you card for absorbing way more punishment as a scapegoat for “that time soccer was going to be big in America but then it wasn’t.”

I wish I could be more level-headed and attempt to appreciate Adu for what he is and allow him to grow into his new identity without unreasonable expectations. But as the face of the misguided American footballing identity, he might never get the opportunity to be evaluated fairly ever again. We can’t look at him without processing the gap between what he is, and everything we wanted him to be. Similar to LeBron James, his current existence creates a wormhole that leaves us with a series of unanswered questions. Beating Mexico means that we don’t have to think about all of this stuff.

When will an American forward score at least 20 goals in the Premier League? I don’t know if I can go thru another Eddie Johnson, Jozy Altidore, or Juan Aguedelo hunting experience. Will we ever find a fast, strong left-footed defender who can get involved in the attack? Bornstein was always doomed. Will the general public finally accept and praise Clint Dempsey as the player who we actually wanted Landon Donovan to be? Maybe Stuart Holden can stay healthy and become the best of Claudio Reyna and John O’Brien.

Welcome to another World Cup qualifying cycle, where we overvalue the forward who scores a hat trick against Guadeloupe, get by with slow-but-sturdy defenders and a lack of creativity from our center midfielders, and ultimately assess our team against the only real competition: Mexico.

All right, I feel better. But I am NOT giving Freddy Adu another chance again.