Texas’s TV Troubles, Bama/LSU, and the Best Football Book Ever 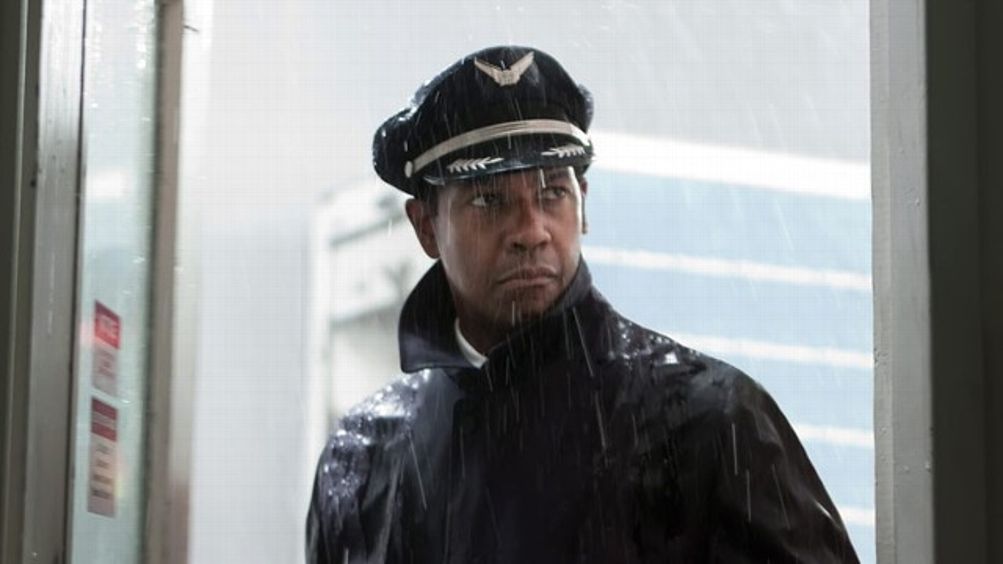 All Denzel Washington movies are in a way the same Denzel Washington movie.1 But this week I’ve been returning to one in particular. It’s not Flight, the vertiginous new Robert Zemeckis film that seems likely to win Washington his third Oscar — and deservedly so. In the pantheon of great Washington performances, his turn in Flight is near the top. He plays airline pilot Whip Whitaker, a charismatic degenerate whom we first see draining the warm dregs of last night’s High Life, blearily sitting up in bed to admire the stewardess getting dressed at the foot of it. A couple lines of coke and a screwdriver later, he’ll take a plane that’s falling apart in the sky, turn it upside down, and land it safely on a patch of grass behind a church. Out of 102 souls onboard, 96 survive. In the aftermath, investigators listen in awe to the black box recordings, even as they prepare to sue the wasted Whitaker for criminal negligence.

He’s guilty and a hero at the same time. And Flight, after its astonishing opening, digs into its main character’s dilemma as Whitaker, an addict, seeks to do for himself what he reflexively, recklessly did on behalf of others. It’s a conventional, even deeply conservative, Hollywood story, concerned with the moral redemption of its antihero, who proceeds neatly through the expected stages of denial, self-destruction, and comeuppance. But there are antiheroes on paper, and then there is Denzel Washington, and there’s no comparing the two. The film’s pat moralizing about deviancy and its reflexive need for Whitaker to atone for being a bad person would be something close to intolerable without Washington in it. Instead it’s transfixing, one of the best movies of the year.

But this week I’ve been thinking about not Flight but 1998’s The Siege. I imagine Fox would burn all surviving copies of this movie if they could, but instead it’s streaming on Netflix. The Siege is about a terrorist assault on New York City. Washington plays an FBI agent who watches helplessly as first a city bus, then a Broadway theater, and finally FBI headquarters itself, at One Federal Plaza, are destroyed in bomb attacks. Martial law is declared in Brooklyn, just after a young and ferally right-wing Arianna Huffington makes a cameo as a television pundit, advocating military takeover. Tanks roll in. Young Arab men are rounded up and imprisoned in Yankee Stadium. Bruce Willis plays a general who beats a naked sheikh to death in a bloody bathroom interrogation.

It’s the kind of movie that makes you realize how ridiculous this industry can be — a few screenwriters in a Los Angeles bungalow (among them no less an oracle than New Yorker staff writer Lawrence Wright) decided this would make a good scenario for a thriller, the wanton destruction of huge swathes of New York City, and so off everyone cheerfully went to realize their vision. In one particularly jarring shot, we get a helicopter view of Manhattan, the Twin Towers barely visible at the edge of the frame. Washington’s gravity as an actor is so strong that you’re drawn into the film anyway.

As I write this, my apartment is full of D batteries — I keep finding loose ones in drawers, packages of them in grocery bags I have yet to fully unpack. I have $260 in scattered ATM cash on my dining room table, more food in my refrigerator than I know what to do with, a flashlight, dozens of candles with pictures of saints on them, the Playboy-branded lighter I bought to light them with. I haven’t left my neighborhood since Sunday, because I live in New York and there’s nowhere to go. Unlike many people I never lost power. My apartment and the electric grid that serves it are on high ground. So when lower Manhattan went dark on Monday and Red Hook flooded, I was able to watch the whole thing on television and on Twitter, like I assume the rest of the country did. Somewhere around the ninth hour of continuous coverage, and after the wind and rain really picked up outside my windows, I turned everything off and started watching Denzel instead. It was all I could really think of as far as finding something to draw my eye when I couldn’t stand to keep looking at what I was looking at.

And it worked. More so on Tuesday after the storm than on Monday during it. But mostly it worked.

One thing Denzel Washington gets asked a lot is the basic mechanical question of how he does what he does. He’s a tough interview, especially on this subject. It’s not that he deflects the question. It’s that he gives the same answer every time he’s asked it. From a recent GQ cover:

Q: When the Denzel biopic is made, what would an actor need to have in his performance to make you say, “He got me”?

From a New York Times article on this very subject:

What does an actor like Denzel Washington do, and how does he do it? Mr. Washington, 57, said, “It’s a process. I don’t know if a character is a destination you reach on Day 1 or Day 15 or ever, but you’re always working at it. I never go, ‘This guy, I can turn him on whenever I want.’ If you go into a scene knowing too much, you’re probably not going to come out with much.”

The thing that seems to come back is that Denzel Washington doesn’t want to know how he does what he does. I believe this. I think this fact is basic to his charisma. There is something about the way he is so self-contained, the sense that everything he feels and every decision he makes exists independently of whomever he’s talking to. It’s in the long pauses — those calm intervals when he makes you wait, even during a motivational speech, a courtroom argument, a death scene, an everyday conversation. He is unconcerned with the expectations of the actor opposite him, of the viewer watching him work. He will go at his own pace. His characters have arcs, revelations, crises of faith, but all of those changes seem to originate from somewhere inaccessibly deep inside the actor, rather than as the result of external forces. In Malcolm X he appears to basically convert himself to Islam, despite the actor playing mentor opposite him. In Flight, after Whitaker’s crash landing, the whole world leans on him to sober up — I will not spoil whether he does — but when Whitaker does make his choice, it arrives eerily independent of anyone else, including the pleading, saintly girlfriend character played by Kelly Reilly. On the page, I’m sure, she is crucial to what ultimately happens to Whitaker. But onscreen it feels like all Washington.

Like other movie stars of his stature, he is recognizably himself from role to role — think of a Denzel Washington movie and you will remember not the crooked cop or the wife-murdering prison inmate or the real-life middleweight boxing champion but Washington himself. His incredulous murmur. The defiant pride, the controlled anger, the hitch in his step, the shoulder that swings in and out when he walks. That walk, like he’s being dangled from a wire. His mirthless grin and guffaw — that faint amusement, no matter what the circumstance. Rage and levity, lashed inextricably together: We didn’t land on Plymouth Rock. Plymouth Rock landed on us!

It’s no coincidence that when Jay-Z was suffering a post-retirement, post–Kingdom Come crisis of identity and artistic faith, it was Washington who brought him back. The plot of Ridley Scott’s American Gangster, Jay has said, resonated enough with his own past life that it inspired him to make an entire record bearing the same name. But I’ve always thought Jay’s rebirth was as inspired by Washington as it was by Frank Lucas, the real-life Harlem gangster Washington portrayed in the film. The two men, actor and rapper, share the same suspicious brand of warmth, the same dry amusement at an unfair world, the same core of anger cocooned in redemptive confidence. At the time, Jay said he saw himself in what Washington was doing onscreen: “The way he carried himself. The way he went about things. The way he wasn’t loud, but he was very strong.”

Or maybe I’m saying all this because I haven’t been outside in five days and Denzel has been my only companion throughout. When I saw Flight last week, before the hurricane arrived, I was surprised I liked it as much as I did. The movie is the kind of pure Hollywood product that they used to make constantly and now barely make at all: directed, after a long digital sojourn in the motion capture swamps, by the ultimate crowd-pleaser Zemeckis, of Back to the Future, Forrest Gump, and Cast Away infinite-cable-rotation renown; written by Real Steel‘s John Gatins; soundtracked by the Red Hot Chili Peppers and the greatest hits of a little-known band called the Rolling Stones. The movie is frankly disapproving of the druggy misanthropy of its main character. Whitaker’s court-ordered separation from his wife and furious son is offered as proof of his need for redemption. James Badge Dale makes a cameo as a terminal cancer patient who makes a speech about God and why bad things happen to good people. The movie follows a three-act structure so clinical and predictable they could teach it in a Robert McKee seminar.

And yet Flight works. More than works, even. Its long opening scene, from when Whitaker saunters onto the plane drunk until he’s carted off of it, bloody and unconscious, is as thrilling a 25 minutes of cinema as you’ll ever see. The film’s detail is spiky and particular: Reilly’s character scores drugs at an Othello-themed porn shoot; Whitaker’s dealer is a ponytailed John Goodman who sports a dragon on the back of his jacket and speaks in cocaine koans. When Whitaker finally faces down his investigators at a hearing, a steely Melissa Leo is asking the questions; Don Cheadle plays Whitaker’s slimy, win-at-all-costs lawyer. And then, of course, there is Washington himself, doing what he does best: lending world-beating charisma to an unlikable man whom you find yourself liking anyway.

It’s about control, I think. Washington takes a long time to reveal the self-directed anger that is ruining Whitaker from the inside out, but once it appears, it’s all you can see. Whitaker’s an effective liar because he makes a point of never asking himself for the truth. In the cockpit, as his plane hurtles toward the ground, the pilot takes the time to turn to his flight attendant, calmly tells her to say out loud that she loves her son. He tells her to do it for the black box. “Say ‘I love you,'” he says. It’s about the illusion of control when you have none.