Wedded Blitz! For Love and the Game 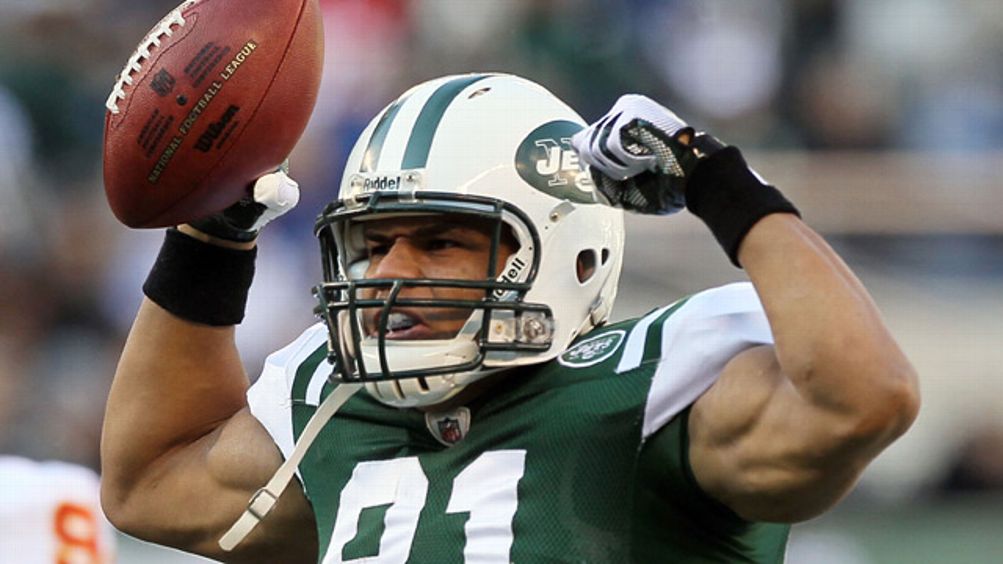 The newest and most dramatic of the NFL market inefficiencies has come about as a result of the three-year period of labor instability that enveloped the league between 2009 and 2011. As the NFL and its players barked, postured, and eventually negotiated a new collective bargaining agreement, the league’s salary cap was stretched and dramatically expanded and even abandoned for a year before receding to its previous levels. Combined with changes to draft pick compensation, the introduction of a salary floor, and other modifications contained within the new CBA, the shifting salary landscape has created a new paradigm in which an incredibly unlikely source of talent is becoming available at below-market rates: veteran free agents.

How did we get here? That all starts with the 2006 season and the agreement between the NFL and NFLPA to extend the then-existing CBA through the end of the 2010 season. The table below details the league’s salary cap figures and how they grew from year to year. Take note of what happens in 2006.

When the league re-upped the CBA for five years with the players in 2006, its methodology for determining the cap changed, raising the cap from $85.5 million to $102 million overnight, a jump of nearly 20 percent. The cap would make another double-digit percentage leap before the 2009 season, when it hit $129 million. When the parties couldn’t agree on a new deal in 2009, the 2010 season became uncapped.1

When the new CBA was signed during the summer of 2011, the cap receded to its prior levels, and it’s barely budged since. After starting at $120.3 million for the 2011 season, the cap rose just $300,000 last year2 and is listed at $123 million for the 2013 league year, which begins on Tuesday. That’s a leap of just 2.2 percent over two years, a minuscule rise compared to the levels mentioned above.

That’s all great for the league’s 32 owners, but their smaller cap didn’t come with any decrease in the existing salaries or contracts for the same players they bulldozed in the new CBA. When the league’s salary cap crossed $120 million and eventually hit $129 million before disappearing altogether, owners used that cap space by giving players larger deals. Now, not only are those deals still in play without any reduction in cost, but they’re both in the more expensive stages in terms of their cap hit and being used as the basis for new contracts.

As an example, let’s take a look at the contract of Terrell Suggs, who signed a six-year, $62.5 million deal during the summer of 2009, when the cap was at its peak. Suggs’s deal had $38.1 million guaranteed and a $10.1 million signing bonus, with other bonus structures built into the deal for an additional $27.3 million. For salary cap purposes, the league allows teams to spread the “hit” from bonuses across the length of the contract, which keeps that aspect of the deal consistent from year to year.3 Suggs’s base salary, though, continues to rise after the first year of the deal; his $1 million base from the 2009 season was all the way up to $4.9 million last season, and it will jump by 30 percent to $6.4 million for 2013. A 30 percent jump for one player wasn’t a huge problem with the old, steady system of raising the cap ceiling; now, though, player salaries are rising far more quickly than the overall cap space available to pay them.

Even worse for teams, players are using the deals that were negotiated during the free-spending days as the basis for negotiating their new deals. When Julius Peppers hit free agency during the 2010 offseason, the Bears gave him a mammoth six-year, $84 million deal with $42 million guaranteed, representing the peak of the market for a defensive lineman hitting free agency in (or perhaps just after) the prime of his career. That was in an uncapped year that followed a season with a $129 million cap ceiling.

Two years later, when Mario Williams hit the market under similar personal circumstances, he used the raw numbers from the Peppers deal as a touchstone to improve upon, not a figure to try to match. Even though the salary cap was actually nearly 7 percent smaller than the final cap before Peppers’s deal, Williams got $96 million over six years and $50 million guaranteed. There was no chance that Williams would have taken (or even been offered) a smaller contract than Peppers; at some point, it becomes a matter of pure pride. Imagine being Ben Dogra, Mario Williams’s agent, and telling him that he had to take a 7 percent pay reduction from the two-year-old Peppers deal because the league’s financial structure changed. He would have been fired before he could even finish the sentence. That would have been a good thing, too; had Dogra actually convinced Williams to sign a deal with a 7 percent reduction in value, the rest of the league’s agents (and the NFLPA) would have burned Dogra at the stake. Instead, Dogra did his job and kept his player happy, and the same owners who fought tooth and nail to reduce cap costs gave bigger and bigger contracts to free agents at the very first opportunities they had.

There is some amount of salary relief built into the new CBA, of course: draft pick compensation. Incoming rookies at the top of the draft no longer receive contracts that immediately make them the highest-paid player in the history of the league at their position, as was the case with Jake Long in 2007. Sam Bradford got $50 million in guaranteed money as the first pick in 2010; a year later, Cam Newton received just $22 million guaranteed for his deal under the new CBA. That drop helps, but it dramatically changes the contract value only for players taken at the top of the draft, and it’s been in place only for two drafts. And some of that relief is wiped away by the CBA’s introduction of a salary floor (mandating teams to spend a given amount of money over the next four years) and an increase in the minimum salaries for veterans. The point is simple: Player salaries, especially for those players on pre-2011 contracts, are escalating way too quickly relative to a mostly stagnant cap. And since teams aren’t about to cut their stars and destroy their cap with accelerated bonuses (or suck), something’s gotta give.

What’s giving is a large middle class of useful-but-inessential veterans, a group that’s flooding the free-agent market and will continue to do so for at least a couple more seasons. They fit into three categories: (1) players coming off rookie deals who likely have unrealistic expectations about their second contracts4 (like Cary Williams, Michael Bennett, and Dustin Keller); (2) players who are being released halfway through now-untenable second contracts (like Ahmad Bradshaw and seemingly Anquan Boldin); (3) and players who have completed their second (or third) contracts who are hitting the market for one more payday (like Steven Jackson, Wes Welker, and Ed Reed). The market is simply flooded with these sorts of players to an extent that it wasn’t five years ago, and while a few might get the deals they’re expecting, many will have to settle for far less than they might be hoping for as the market opens up tomorrow afternoon.

Take this year’s crop of free-agent running backs, which has seven guys who were their teams’ starters when healthy a year ago: Cedric Benson, Bradshaw, Reggie Bush, Shonn Greene, Jackson, Rashard Mendenhall, and Michael Turner. Now, your organization might favor one back depending on its specific needs or what its scouts say about a particular guy, but is there really an enormous difference between most of these backs? Would you give Jackson $20 million in guaranteed money — knowing the cap is stagnant and your veterans are a rising tide of salary — if you could get Bradshaw for $6 million guaranteed? Or Turner for $1 million? Should you?

Some teams will look at that argument and insist on getting the guy they want on the opening day of free agency, something that will never change. I wrote last year about how the Jaguars entered a three-person market for middle linebackers by giving Paul Posluszny a huge long-term deal at the beginning of free agency, only for the other two prominent middle linebackers on the market to take small, one-year deals weeks later. Insisting on having that one particular guy and paying a premium to get him is a mistake that bad, desperate organizations often make; it’s the same logic that leads teams to trade future first-round picks to acquire second-rounders and ends up with lopsided scenarios like Alphonso Smith–for–Earl Thomas and Everette Brown–for–Mike Iupati.

Almost nobody scouts well enough to overcome huge value gaps like that, which is why the league’s smarter teams go out of their way to acquire additional picks and are happy to take 90 percent of the player for 50 percent of the price in free agency. What those smart teams will do in this new economy is — very simply — be patient. The true stars will disappear off the market early, and the dumber teams will pay a premium for talent to lock them up in the first 24 to 48 hours, but the smart teams will wait. Even if it’s just a week, antsy players will see the open slots beginning to fill up around them and settle for far less than they would have at the opening of free agency.

There’s already one smart team that has used patience to its advantage with this new CBA: the San Francisco 49ers. During the abbreviated free-agent period after the 2011 lockout, the 49ers appeared to have a major weakness at both safety spots after letting Dashon Goldson hit the market, but they bided their time and waited for the market to come to them. After the first week of free agency passed, they made their move, signing Donte Whitner to a deal that guaranteed him only $4 million over three years, then followed that with a one-year deal for Goldson, who had been seeking a long-term contract. The 49ers ended up with one of the best safety tandems in football for a fraction of what they would have each asked for on the opening day of free agency.5 Compare that to the Jaguars, who gave safety Dawan Landry a five-year, $27.5 million deal with more than $10.5 million guaranteed at the beginning of that same free-agent period. Whitner and Landry each will cost $3.9 million of their respective teams’ cap space this upcoming season, but there’s one appreciable difference: Whitner will actually be playing for his team. Landry was released by the Jaguars this past week, so his $3.9 million will be dead money on their cap.

Identifying a market inefficiency is one thing. Acting on it, though, is another. It’s easy for me to sit here and look at the market and say that it’s going to be smarter than ever for teams to be patient and sit out free agency for a week, and that’s because I don’t need to make the playoffs next year to keep my job. Although some teams just make pitiful decisions time after time, there are a fair amount of smart teams out there who will do dumb things tomorrow afternoon solely out of desperation, not stupidity. For your favorite team to take advantage of the league’s best new value opportunity, it will have to both know that it’s coming and be bold enough to, for a time, do nothing at all.