The Roger Clemens Fiasco: What the Hell Just Happened? 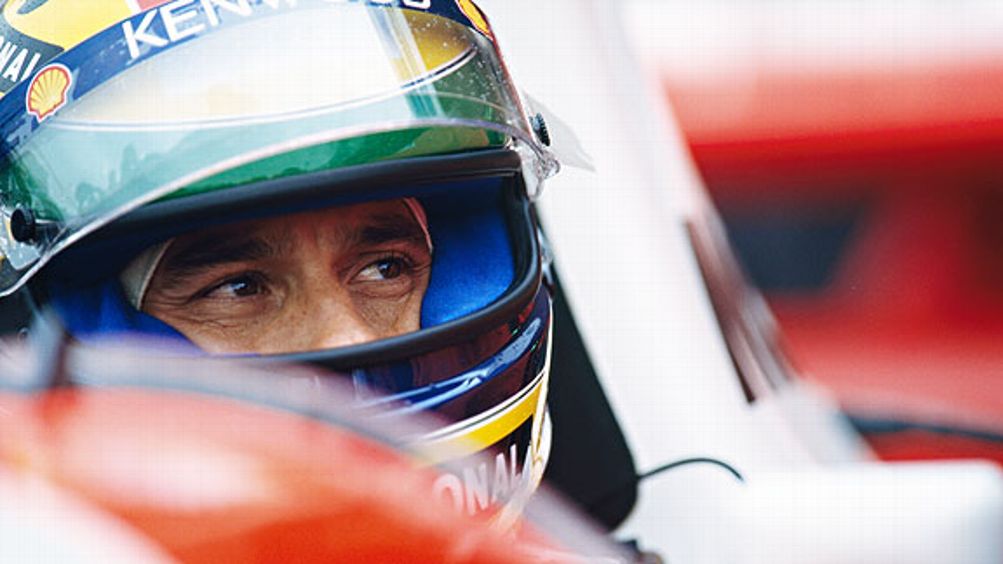 Most of all, Ayrton Senna was a man of God. Asif Kapadia’s beautiful, award-winning documentary about the late Formula One driver — Senna finally earns its American release next month — is a revelation in many ways, but especially in the way the divine runs through it like a current.

God is first invoked in the film by Senna’s mother, who fears for her son at the start of his career. “May God always protect him,” she says with a nervous smile.

That is this film’s second-best trick: It is filled with suspense, even though we know too well how the story ends, and exactly how badly. We know that God did not grant Senna’s mother her wish. We know that in 1994, during the San Marino Grand Prix, at Imola’s otherwise innocuous Tamburello corner, neither God nor doctors could do much to help Ayrton Senna. He hit the wall, and then a piece of his car hit him, and that was it, as though he was doomed from the start.

But because of the way Senna unfolds, because of the moments on which Kapadia chooses to linger, what might have otherwise been another sports documentary becomes something larger. It becomes a testament — or perhaps an antidote — to belief. Senna, the man, becomes an argument both for and against faith.

He claimed to have seen God on the racetrack, believed in his heart that he was blessed, and that was why he could do the miraculous things he could do with four wheels and an engine block. Watching his early races, it was hard to argue. Senna — still regarded as one of the greatest drivers in history — had a remarkable ability to push a car just past its engineered limits. There were races in which he lapped virtually the entire field or came back from seeming oblivion, when he could seem as though he was driving on a plane all his own.

Now you can see how his car twitches, floating on that impossible edge between traction and flight. He was especially masterful in the rain, when conditions were at their worst. Senna prayed for rain because he knew that a wet race would be his. Rain was God’s way of clearing the path for him.

It must be something to be born with such gifts that only the existence of a Higher Power provides a satisfactory explanation for them. Can you imagine being so good at something that you can only shrug your shoulders and point to the sky when someone asks you: How?

And yet nothing was easy for Senna, outside of the miles. Senna well documents his struggles, against the sport’s bureaucracy, against metal fatigue, against his one-time teammate and archrival Alain Prost, against the poverty of his beloved Brazil, against gravity. If he was blessed, he was also in some ways cursed. Ayrton Senna’s faith was tested.

What did he see in those final few moments, flat on his back and dying beside his crumpled car, his face to the sky?

Just then, what did he believe?

In his expert use of archival footage and interviews, Kapadia does a masterful job of showing how much Senna’s death felt like destiny — how so many things had to happen, in a strangely perfect order, for him to meet that particular stretch of wall on that particular afternoon.

After winning three titles with McLaren, Senna found himself unable to beat the supercars produced by Williams-Renault beginning in 1992. They featured so much advanced technology, a raft of electronics and computer hardware, that they essentially carried their drivers to glory. Nigel Mansell won his title that year, wags suggested, by pointing the car toward the finish line and putting his right foot to the floor.

The next season, Prost, who had left McLaren and endured an unhappy, abbreviated stint at Ferrari before sliding over to Williams-Renault, won the 1993 title with that same ridiculous car — and with the contractual stipulation that Senna not be his teammate. Late in the game, Prost had completed his most masterful block. Senna was trapped behind him.

But then Prost retired, and Senna jumped to Williams-Renault at the start of what would prove his final season — his universe fleetingly restored to its proper order, at least until the sport’s governing body decided just then to ban the team’s most important technological advances. They had been covering up a host of mechanical sins, most alarmingly in the way the car handled. Senna was left driving a jumpy, unpredictable horse rather than a beautiful machine.

He was not alone. At Imola, Rubens Barrichello suffered a terrible crash during Friday’s qualifying, and Roland Ratzenberger was killed on Saturday. (Kapadia has unearthed a brief glimpse of Ratzenberger’s pre-drive jitters that will raise the hairs on the back of your neck.) In the film, we see Senna watching a monitor while doctors tend to the fatally injured Austrian; he turns away only when the CPR begins. When Senna’s spooked friend and racing physician Sid Watkins suggests after that they leave Imola together to spend the rest of their lives fishing, the Brazilian shakes his head. This was why he was here.

Some of his fellow drivers — Alain Prost especially — felt that Senna’s abiding belief in himself and his God made him dangerous on the track. They feared driving against a man who didn’t himself know fear, and they did the most terrible calculus. Faith and sports is a cruel combination that way: There’s no way for every believer to win.

The morning before his death, Senna apparently found comfort in his Bible, reading a passage that promised him that God would give him the greatest of all gifts, which is God Himself.

And then he crashed.

The cause of his fatal impact with that wall remains mostly a mystery. A spectacular starting-line collision and slow opening might have left his tires too cold; one of his tires might have been punctured by a sliver of debris left on the track; his steering column might have broken; his car might have bottomed out.

No matter the cause, though, he could have crashed that same way into that same wall a thousand times and survived virtually every time. But this time, Senna was hit in the head by a stray piece of suspension, puncturing his helmet and causing an injury that Watkins, among the first on the scene, knew would prove fatal despite the life left in his friend. No broken bones, no bruises — just a single devastating wound, in just the wrong place.

“Nada pode me separar do amor de Deus,” his tombstone reads: “Nothing can separate me from the love of God.” That is how the faithful read his death then and will read it today: That God had claimed one of his favored sons, as He had always planned, only earlier than any of us might have hoped. That He was the architect of Senna’s life, and so, too, of his death, so many moving parts put into such a terrible, inevitable order for reasons that we could never understand.

But by the time the credits roll, and we see a young man in home movies playing in waves at the beach — we see Ayrton, the boy — Senna leaves open a trio of more heartbreaking possibilities.

Maybe God abandoned Senna on Tamburello corner. Maybe God looked away, just at the wrong moment, and something broke first inside Senna’s car and then in his heart.

Or maybe there was a larger, more sinister battle going on that day than just another auto race, and in that instant, the Devil won and claimed his prize.

Or maybe, just maybe, Senna, like the rest of us, had been alone his whole life, and love and destiny had nothing to do with any of it. Maybe it all just came down to a driver made perfect by genetics and practice, trapped in a machine made imperfect by engineers and rules. Maybe there was nothing bigger at work that day than biology and physics. Maybe there never is.

Testament or antidote? There lies the ultimate triumph of Senna. Sports don’t often reveal something grander about us, as much as we might like to think they do; most of the time, a game is just a game. But every now and then, a man like Ayrton Senna reveals himself and his gifts to us and makes us wonder, again and again and again: How?

In his search for answers, Asif Kapadia does us a great favor. He doesn’t limit his contemplation to one man and his fate alone. He hasn’t produced so narrow an edit. Instead, he’s gone wide. Instead, he’s reflected on all of us, and on all of ours.